Prior to his "Baby Yoda" mural on the Atlanta BeltLine, Chris Veal has been making commentary through his art and graffiti across Atlanta. Photo by Johnathan Walker. Photo courtesy of Chris Veal
Arts & Culture GPB News Georgia

Meet the artist behind Atlanta’s ‘Baby Yoda’ mural, you will

ATLANTA — Chris Veal recently made headlines for his Atlanta mural of Baby Yoda, a character from the hit “Star Wars” TV series “The Mandalorian.”

But his work is no stranger to the city.

Veal said he painted Baby Yoda for fun because he’s a fan of the show.

The small, green creature is actually known as “The Child” on “The Mandalorian,” but fans gave it that nickname because of its resemblance to Yoda, the master Jedi of “Star Wars” lore. The show has yet to divulge the character’s identity, but “Star Wars” fans have embraced the adorable Baby Yoda, seen in mid-peril throughout the show.

“It was nice to have something new with ‘Star Wars’ that I could enjoy again,” Veal said. “Plus, I really love painting stuff from pop culture.” 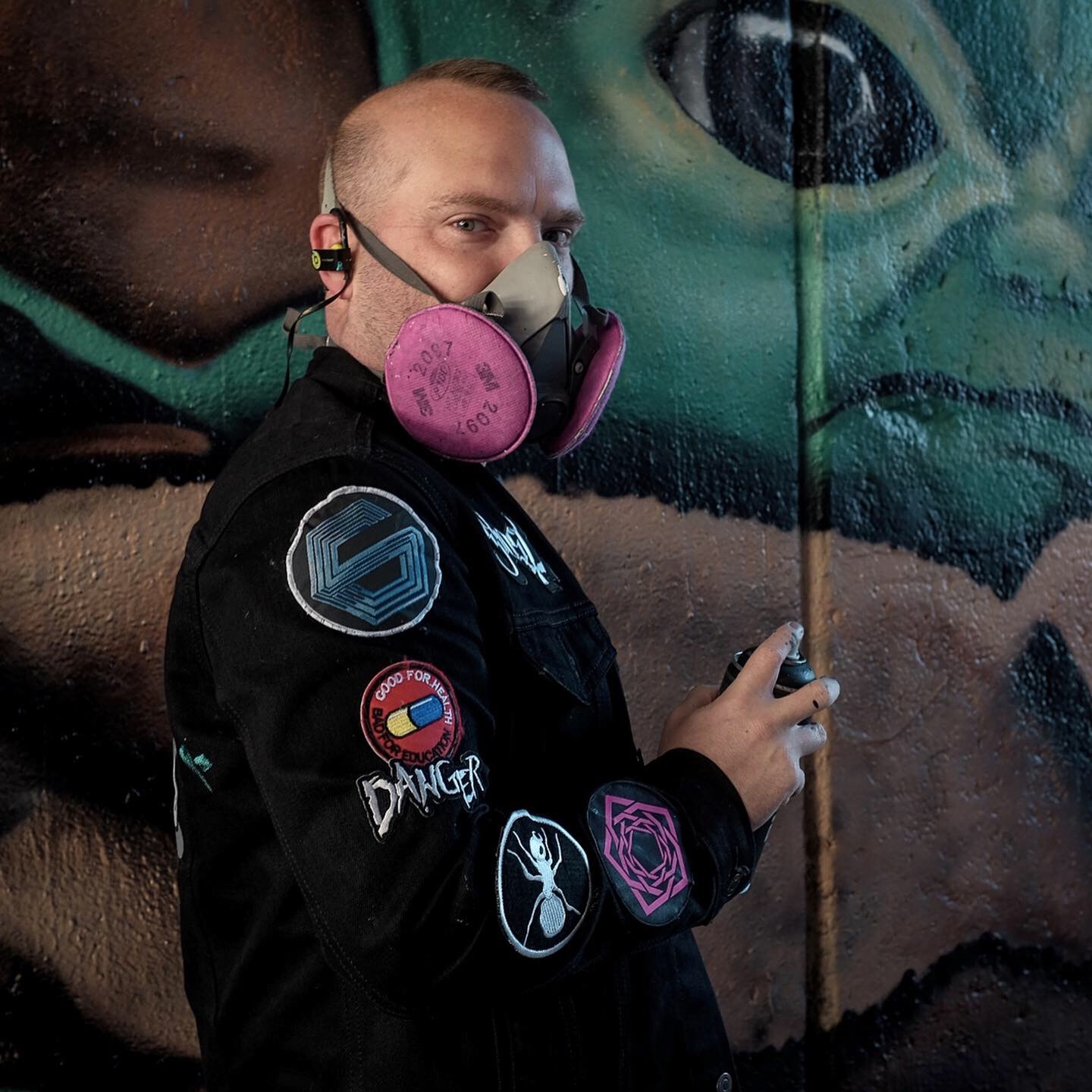 Veal and his friend Nels decided to work together after they realized they had the same idea for a mural. Both had purchased green paint already.

“It kind of just happened by coincidence,” Veal said.

The two spent hours painting the tiny, big-eared pop culture phenomenon on the Atlanta BeltLine, a former railway corridor encircling the city that has been transformed into a series of multi-use trails lined with parks and shops.

However, Veal’s mark extends much further. He has been known in Atlanta for the subversive messages in his murals for years now, and has even been contracted by several businesses to bring his voice to the sides of their buildings.

“There’s a lot of social commentary in my work,” he said, adding that a great deal of his pieces have a statement behind them. “It’s a good way to get out of my box and come out with how I feel about certain things,” he said.

Veal has lived in the Old Fourth Ward neighborhood since 1999, and witnessed the area’s gentrification. Some of Veal’s art touches on the city’s changing landscape and the disparity in income among its residents.

“For a venue like the Masquerade or other places in the area to be forced out or forced to move or whatever happened, that’s when things kind of bother me,” Veal said.

An increase of gentrifiers to the neighborhood prompted Veal to paint one pop-art mural that mocks an ostensibly wealthy couple. One of them assures the other, “HONEY, NOW WE’RE URBAN!” Veal has said the city eventually removed the mural after a complaint was made about graffiti. Veal said in an Instagram post that he had permission to do the mural.

He’s also painted murals in cities around the state, such as Macon, Georgia, where he painted hometown hero Little Richard.

Veal said the real goal of his art is for people to take away what they want from it.

“As long as it resonates with them and they gain something out of it, then that’s pretty much all I would hope to achieve,” he said, “whether it gets people to think or to just simply enjoy it.”

Long excluded from country music, Black women are breaking through

Long excluded from country music, Black women are breaking through