A children’s author on building ‘escape hatches’ from reality

“Never abandon imagination” is children’s author and illustrator Tony DiTerlizzi’s mission statement. The Amherst, Massachusetts-based artist believes in stories that create “escape hatches” from reality, “and disappear into a place where I felt a little safer.” 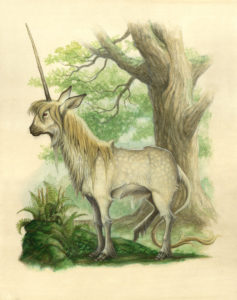 A unicorn drawing for the “Spiderwick Chronicles” series. Illustration by Tony DiTerlizzi

The Caldecott Medal-winner has created images for fantasy mainstays such as “Dungeons and Dragons” and the “Magic: The Gathering” card game — as well for as his own creations, such as the bestselling “Spiderwick Chronicles,” the fantasy book series he made with author Holly Black.

Anthony Dunne of WGBY’s “Connecting Point” spoke with DiTerlizzi about how nature influences his work, how he builds worlds through his art and why his stories aren’t meant to impart lessons.

In your work, you’re a creator of worlds, worlds that have inspired others. What are the roots of that world-building and your approach to storytelling?

There were a lot of escape hatches for me growing up: “Star Wars” was one, reading J.R.R. Tolkien would have been another one, playing “Dungeons and Dragons” was another … but the stuff that resonated was the stuff where I could leave the doldrums or the pressure or the anxiety of my real world at that time, and disappear into a place where I felt a little safer. And when I came back, perhaps there was something in the back of my brain that I had gained a little kernel of wisdom, a little shred of truth that was now applicable in the real world. So this has had a deep impact on the types of stories I want to create. 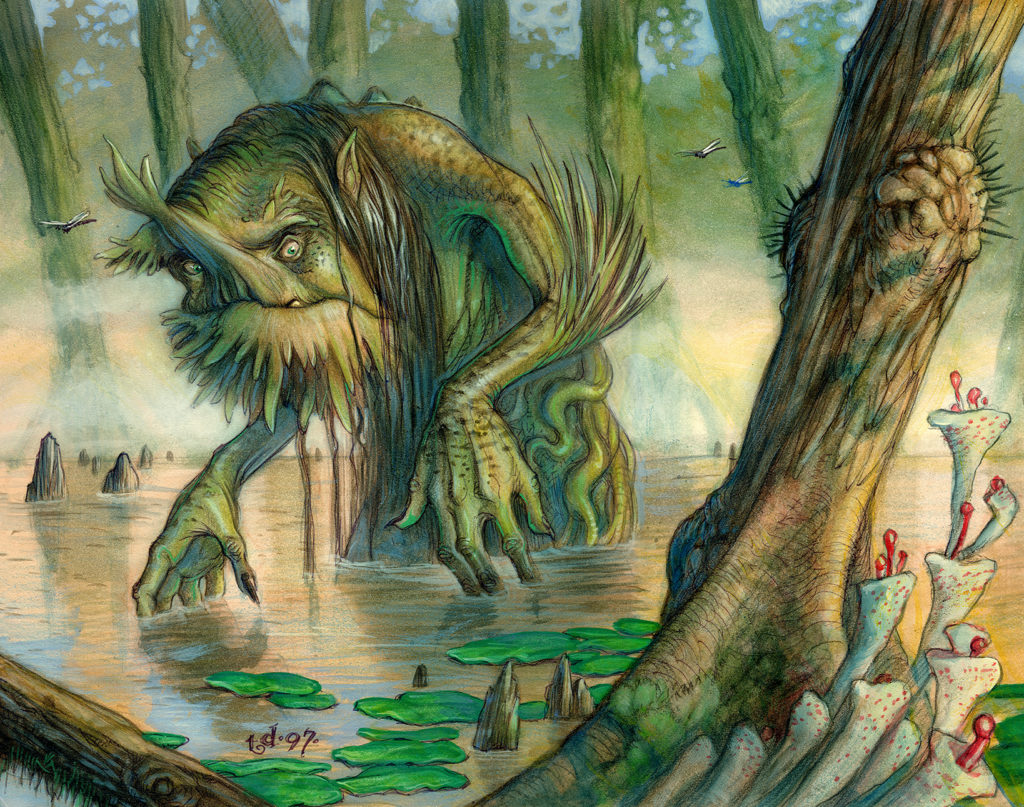 “Verdant Force,” a creature drawn for the “Magic: The Gathering” card game. Illustration by Tony DiTerlizzi 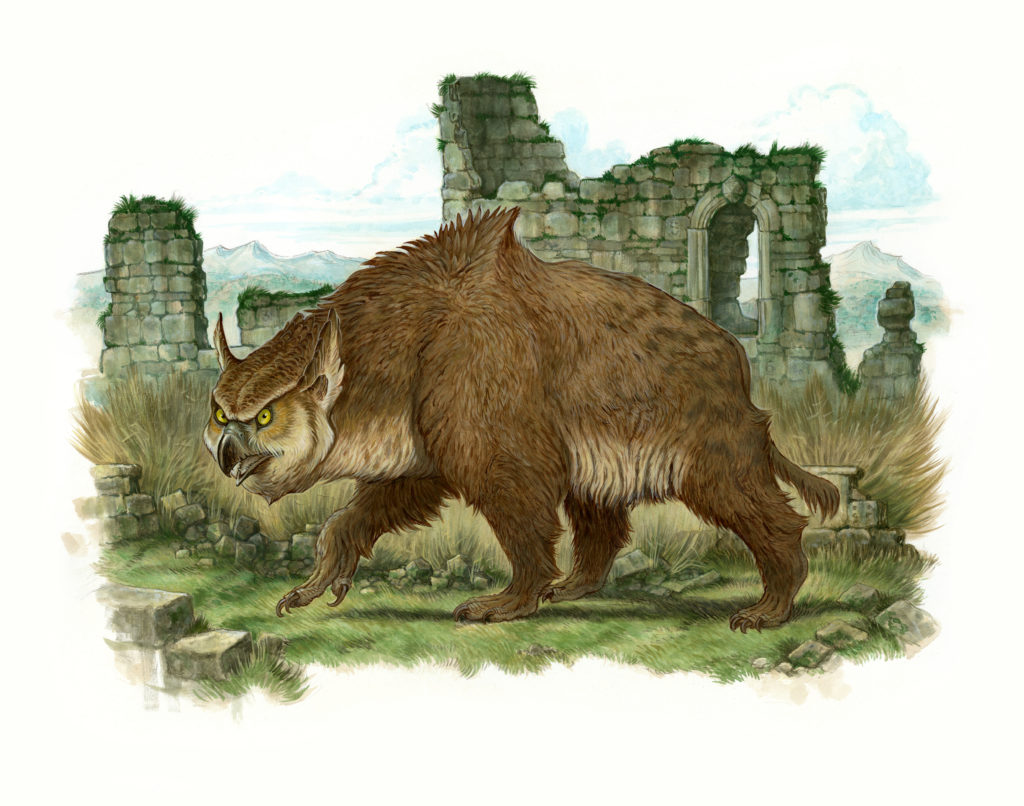 An “Owlbear” creature created for the “Dungeons and Dragons” role-playing game. Illustration by Tony DiTerlizzi

Your work has had a huge impact worldwide; do you think about the influence that something might have when you’re working on it?

The thing that’s always floored me is that I’ll be at a book signing — whether by myself or with Holly [Black, co-author of the “Spiderwick Chronicles”] — and we’ll have a family come up and go, “You know, we were going through a divorce, and this book came out, and you have no idea how this impacted us as a family.” And you don’t think about that (when you’re creating), you’re just like, “I would’ve loved this as a kid, 10-year-old Tony would’ve loved this!” So I think you’re conscious of it, but you don’t know the long-term impact it has. So I feel very, very fortunate that my stories have had an impact with my readers. 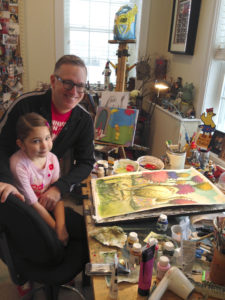 Do you try to impart any lessons in your stories?

I never try to tell any kind of lesson because I’m not in any position to be teaching any lessons, to be honest with you. I’m still learning, I’m still a work in progress, like I think most humans are. But I like to ask questions. For instance, when I worked on the WondLa trilogy, I wondered whether we were becoming so reliant on technology that perhaps we were starting to disconnect from the natural world around us. So I played that out. There was no (shakes finger) “you should watch out for the rainforest and the oceans.” It was, let’s just play this out and see “what if.” Those are the books that I always liked actually, and the TV shows. The ones that asked really big questions and maybe offered some solutions, but not all. Those are the ones that stick with you because I think you’re processing it after you put the book down, or after you turn the TV off — you’re still thinking about “what if this, what if that …” I like that more than “this is how you should act, this is what you should do.”

What are your influences?

I have a lot of influences. I have a lot of artists that influenced me, like Norman Rockwell and Arthur Rackham … certainly British illustrators from the turn of the century were an incredible influence. 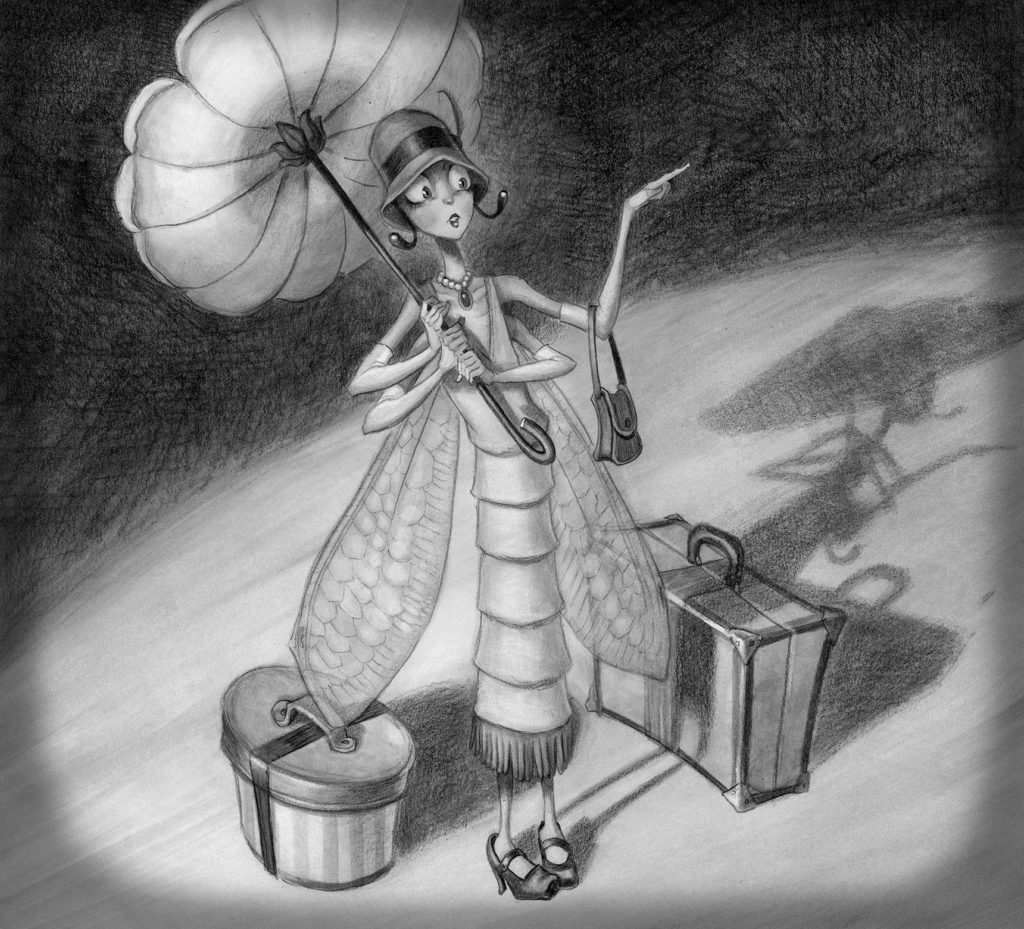 “The Fly” from the Caldecott Medal-winning “The Spider and the Fly” book. Illustration by Tony DiTerlizzi

But one of the biggest influences was — and remains — nature. When the “Spiderwick Chronicles” was being sold to Simon and Schuster, I was still living with my wife in Brooklyn. And right before I began working on it, we moved to Amherst. The Spiderwick Estate is absolutely forged in the buildings and the environment that I saw right here. The locations, the places, the things drawn from life were all done on hikes in the woods around our house. I could not have made the “Spiderwick Chronicles” look and feel as authentic as it did if I didn’t live here. It wouldn’t have happened in New York.

A version of this report originally appeared on WGBY’s “Connecting Point.”