Murals memorialize a rural Utah town’s past and present

TREMONTON CITY, Utah — A rural town in northern Utah calls itself the “City of Murals,” partly due to a 1970s vigilante artist who painted western landscapes on abandoned buildings.

These days, local artist Jason Nessen has taken up the helm – with city approval, of course.

Since his first work in 2003, Nessen has painted more than a dozen murals around Tremonton City. Each piece is a tribute to the town’s history and community. A local favorite is a mural that depicts the 1920s Tremonton City volunteer fire department. Commissioned in 2015, this mural shows one of Tremonton City’s first volunteer firefighters resting on one of the city’s first fire trucks. It’s a salute to those who keep the town safe, honoring past and present generations. 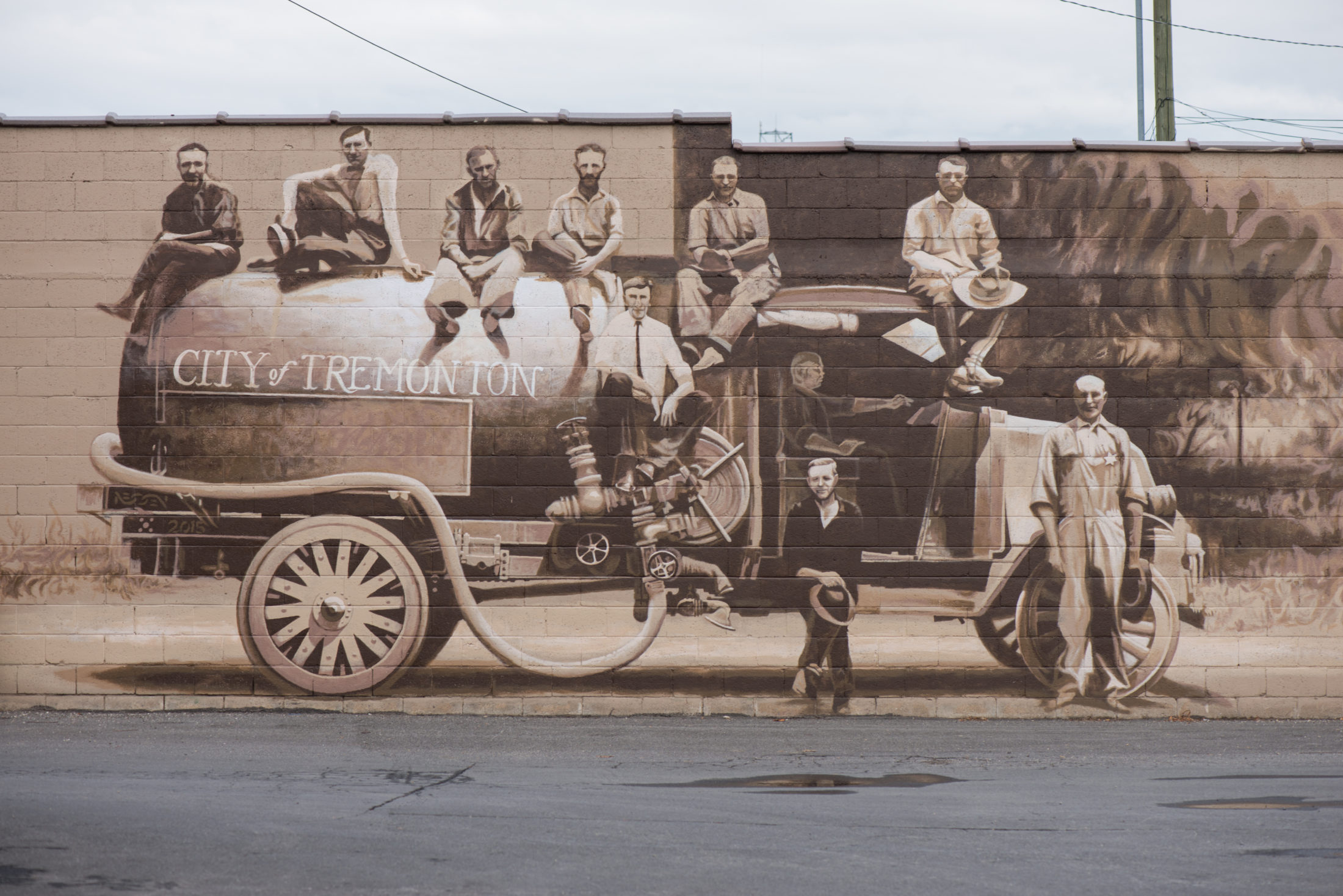 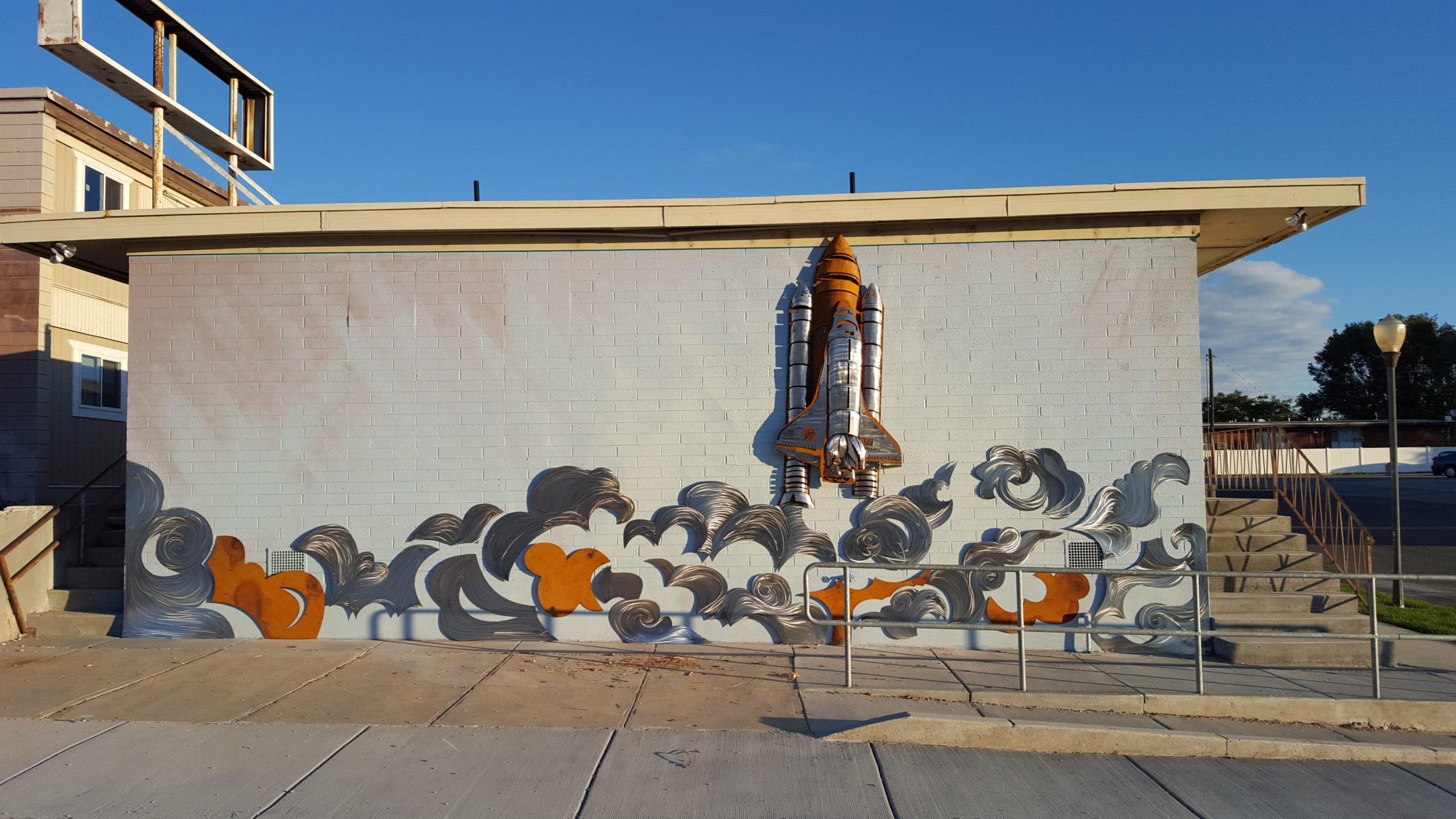 Tremonton City played a role in the Space Shuttle program, specifically for the shuttle Columbia, which launched into space on April 12, 1981. The booster rockets that propelled the shuttle were made just west of Tremonton City, where some of the locals worked. Rachel Wadsworth, who designed the shuttle sculpture, and Jason Nessen, who painted the background, collaborated on this piece. Photo by Shanda Lynn Call

“We’re creating a legacy,” Nessen said of his art. “This gives something to the community.” His sepia-toned mural of the Golden Spike Rodeo memorializes the day farmers, ranchers, and townspeople gathered their cars in a circle to watch the county’s first rodeo – a friendly competition that’s become a lasting tradition. By referencing historic photos or old postcards, Nessen paints his murals freehand using scaffolding and house paint. On average, each mural takes about 120 hours to complete. 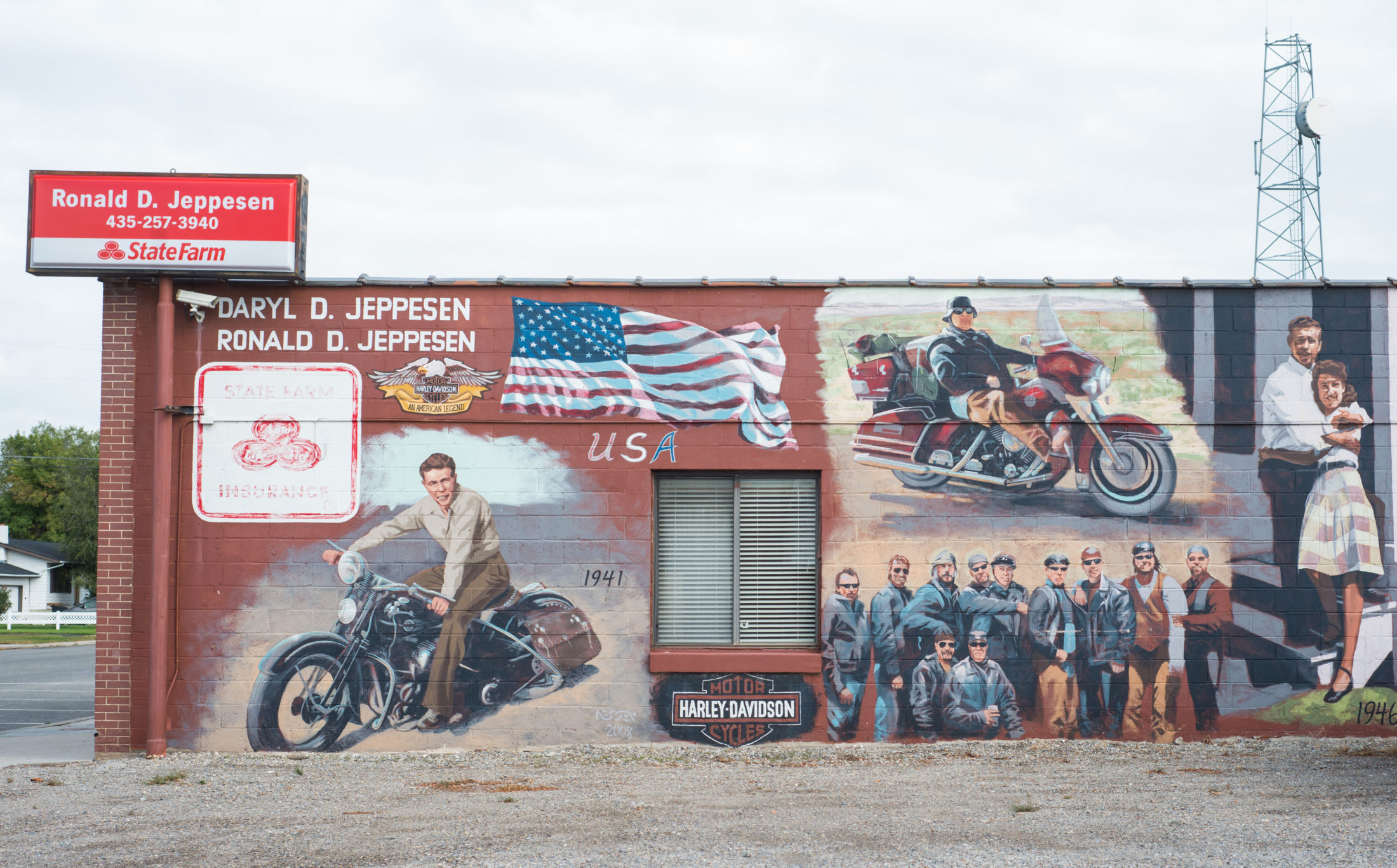 “Jeppesen Family Collage” (2008) by Jason Nessen. In the mural, three generations of the Jeppesen family are shown. Photo by Shanda Lynn Call 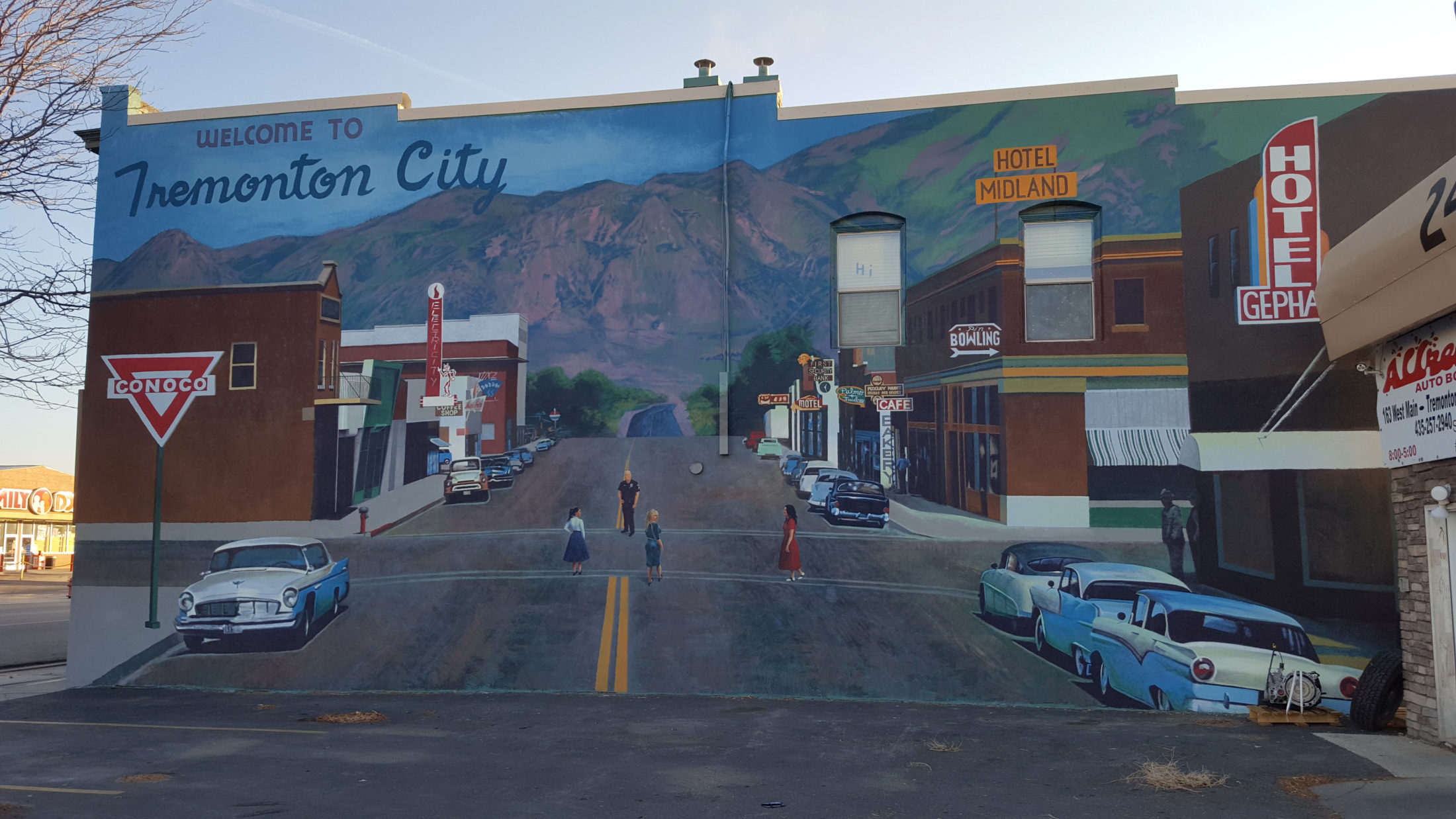 This Tremonton City “welcome” mural is based off of a 1950s postcard with current locals as the models. Neesen used his wife and daughter, Linda and Ireland, as well as his nephew, Nick Nessen, to model for the police officer. Photo by Shawn Menke

“Our murals are what make us unique, especially to Utah,” Tremonton Arts Council representative Zach LeFevre said. The size of a community doesn’t limit the potential to generate them, and Nessen continues to paint with his own artistic flair. If you’re a local resident, don’t be surprised if your face ends up hidden among those of the past.

This report originally appeared on local station KUED’s “This Is Utah.”