​​ANCHORAGE, Alaska — If you’ve ever seen “Molly of Denali,” a PBS Kids show that tells the story of an Alaska Native village, you’ve also heard the music of Pamyua (Bum-yo-ah), an Inuit-soul modern musical group that blends its own culture with influences from around the world.

“Pamyua,” a Yup’ik word, means the “tail end of (something)” and is traditionally used to call “Encore, do it again!” during Inuit musical events or festivals.

The Blanchett brothers — Philip Kilirnguq and Stephen Qacungatarli — founded the group in 1995. The next year, two more members joined: Ossie (Aassanaaq) Kairaiuak of Chefornak, Alaska and Karina Møller of Greenland. Pamyua’s style has a number of influences in their music, mainly a mix of Inuit, Black, and Native Greenlandic sounds. 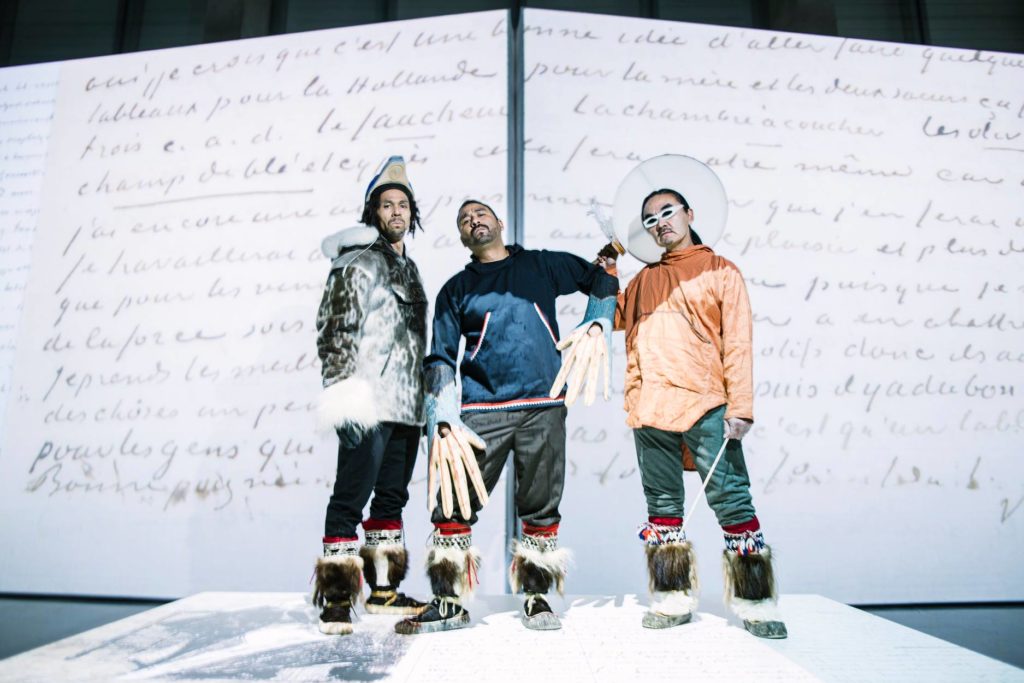 The Blanchett brothers — Philip Kilirnguq and Stephen Qacungatarli — founded the group in April 1995. Photo courtesy of the band

For the brothers, inspiration come from their community and experiences of their family. Their music is expressive and they often bring in Yup’ik style dance moves while wearing traditional face masks.

“Most of those songs, they come from a dancing tradition, they were done with masks, and there would be carved masks that each mask would be coordinated with the song and the dance that was done.” Phillip Kilirnguq said.

They wanted to create a performance heavy with a sense of community and cultural pride.

“I feel like I, as an Alaska native, am in a cultural mess,” Phillip Kilirnguq said. “When our culture is supposed to be interwoven — and we are at a time where we’re hurting — we need creativity and spiritual empowerment now more than ever.”

Being of Yup’ik and Black heritage, Phillip Kilirnguq and Stephen Qacungatarli were both raised within a sense of community and sharing. Their mother, who is Yup’ik, would connect them to her wider community and participate in traditional harvesting ceremonies that include drum dances and songs about animals and about daily life. Their father, a minister, connected them to his community. He would take them to an African American church in Anchorage where they experienced “essentially another village,” Phillip Kilirnguq said.

With their parents’ influences and deep cultural pride in mind, the brothers wanted to do something to bring Native people from all over together:

“Music that means something, music that moves you from the soul,” said Phillip Kilirnguq.

Related Content
Arts & Culture KYUK Alaska
A Yup’ik dance troupe’s elder is gone. But her comedic legacy lives on.
Arts & Culture
“We should be coming out and staking our claim” An Indigenous woman on reclaiming her land, identity in Yellowknife
Arts & Culture Alaska Public Media Alaska
By making mukluks, this Alaskan woman is preserving the Iñupiat tradition
Arts & Culture
An Alaska Native artist on how her beading creates a spiritual connection
Top Stories
Arts & Culture
How Alvin Ailey American Dance Theater balances history and innovation