NOATAK, Alaska — Mukluks are traditional boots worn by indigenous people in the Arctic region. The versatile design has both ceremonial significance, as well as essential practical features.

They allow airflow, which prevents perspiration from causing frostbite in extremely cold conditions. Mukluks can be worn to sneak up on seals while hunting, or for traditional dances and formal occasions like weddings or graduations. There are different mukluks for each season of the year and for indoor or outdoor conditions.

According to Mary Lou Sours, a Noatak, Alaska, resident and seamstress, the Iñupiaq tradition of sewing mukluks by hand has become less common in recent years. It is a painstaking process that usually involves hunting and harvesting a spotted seal, cleaning the hyde, stretching it and drying the skin in the sun in order to make the soles of the boots. Then, a caribou, moose or other animal is harvested for their fur to make the sides and top of the mukluk. In many Alaskan communities, it used to be common for women to teach their daughters how to sew mukluks and crimp the soles, but in recent generations, this process was passed down less and less often. 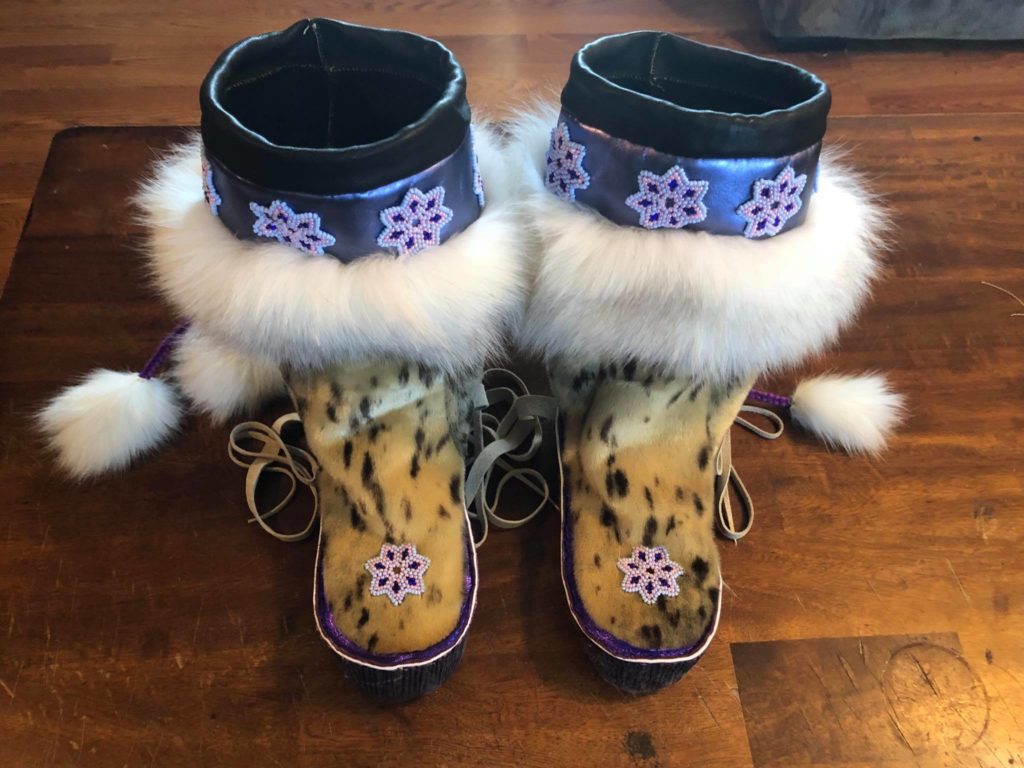 A pair of completed mukluks. Photo by Mary Lou Sours

“Back when the missionaries came, converting everyone to Christianity, everyone started attending school. The older parents went to BIA (Bureau of Indian Affairs) Schools and then their children went to school outside, not every village had a school,” Sours said. “So the main focus became to put your children to school to learn Western culture.”

Now, Sours is working to change that and reconnect people to this cultural tradition. She lives nearly 60 miles north of the Arctic Circle and just this year began hosting mukluk sewing classes around Alaska, including in Anchorage and Nome, a city in the northwest part of the state. Sours uses traditional materials in the classes, teaching the students how to prepare the seal skin, crimp the hard bottom soles, and sew the fur for the mukluks. 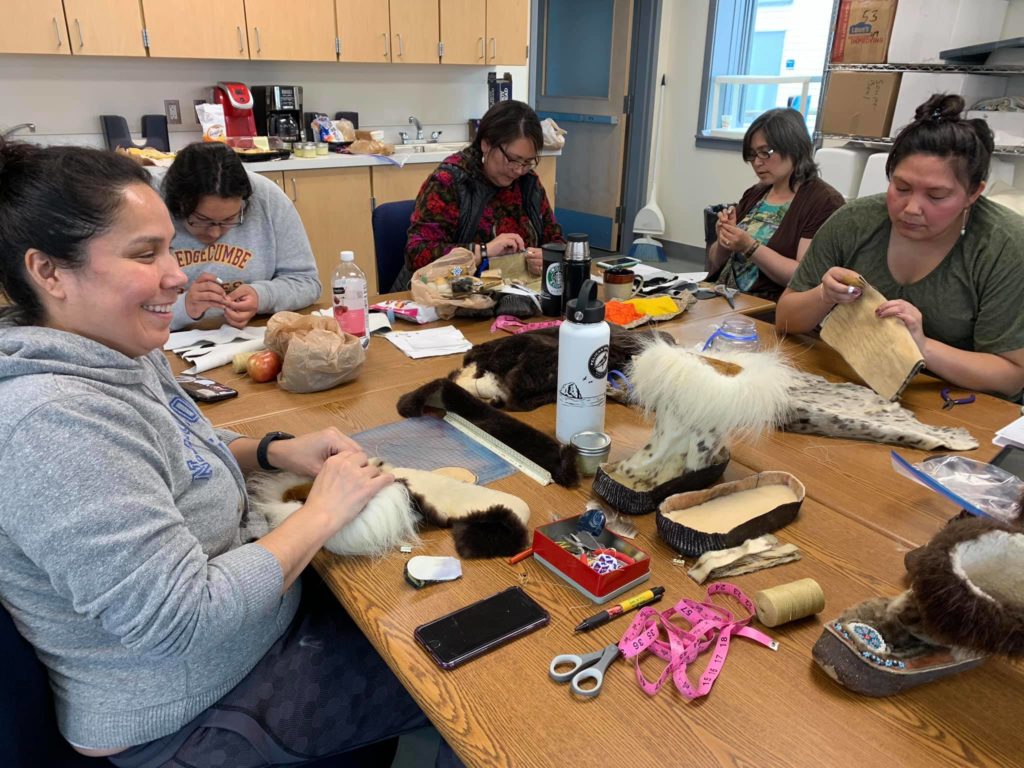 Participants in one of Sours’ classes in Nome, Alaska. Photo by Mary Lou Sours

“I always knew I wanted to sew, but I had no one to teach me,” Sours told Alaska Public Media. “When my grandson was born, that’s when something clicked and I knew I had to sew for him.” From there she began consulting books on the subject, including a book featuring her great grandmother and talented seamstress, Lena Sours. She also asked for advice from village elders and other people who sewed in order to improve her skills and come up with her own personal mukluk style.

She hopes to be the teacher for these students that she never had. She also hopes that by learning this traditional Iñupiat skill, more people become interested in their Alaskan culture and help “keep it alive and keep it thriving.”