A Yup’ik dance troupe’s elder is gone. But her comedic legacy lives on.

Sundown was well-known to her community as the “Dance Diva.” She and her sister, Agnes Aguchak, left behind a unique comedic legacy in Yup’ik dance. The subtle motions, deadpan facial expressions, and slapstick humor of their dance style is extremely visual. From her impressions of martial arts master Bruce Lee to the comical mosquito dance, her performances connected people through laughter. 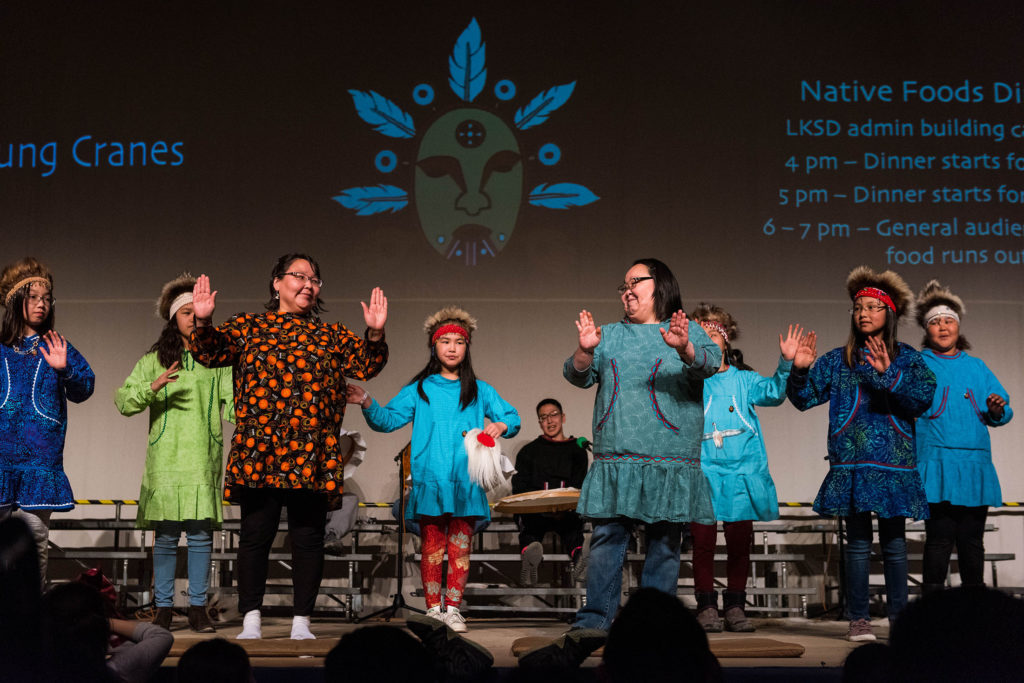 Little Girl Naneng and Sephora Lestenkoff dance together on stage during the Gladys Jung Elementary Cranes’ performance at the 2019 Cama-i Festival. Naneng and Jones come from a long line of dancers and coach the Cranes’ group. Photo by Katie Basile/KYUK

Maryann’s son, Harley Sundown, is the leader of the Scammon Bay Dance Group, composed of indigenous Yup’ik performers. He remembers how the audience loved her.

“Bruce Lee and Macarena made the non-Natives see the novelty side of what she could do on the stage, and that’s why a lot of people loved her: because she could cross over,” Harley said.

Beyond the Canvas: Women of Wonder

The 200,000-plus LeVar Burton boosters who signed a petition calling for him to be the new "Jeopardy!" host will get…

Paisley Park will welcome back a select 1,400 fans on Wednesday to mark the fifth anniversary of Prince's death from…

Film & TV
‘A lesson in authenticity:’ Andra Day reflects on the experience of playing Billie Holiday

Beyond the Canvas: Women of Wonder