How this ‘Ice Man’ slices his frozen sculptures

Charles Jones has been sculpting ice for more than 25 years, taking water — “the most basic ingredient” — and turning it into an art form.

“I tell people a lot, ‘The ice hasn’t gotten any lighter,’” said Jones, whose business “The Ice Man” is based in Hudson Falls, New York.

For each project, Jones works with his wife Amy and the rest of his team to make a client’s icy vision become a reality. A design made on paper is transferred to a computer that’s connected to a specially made machine that then slices and engraves the ice. “Timmy,” the computer, accomplishes this part of the process, which previously would have taken hours to do by standing over the ice and engraving it by hand, Jones said. 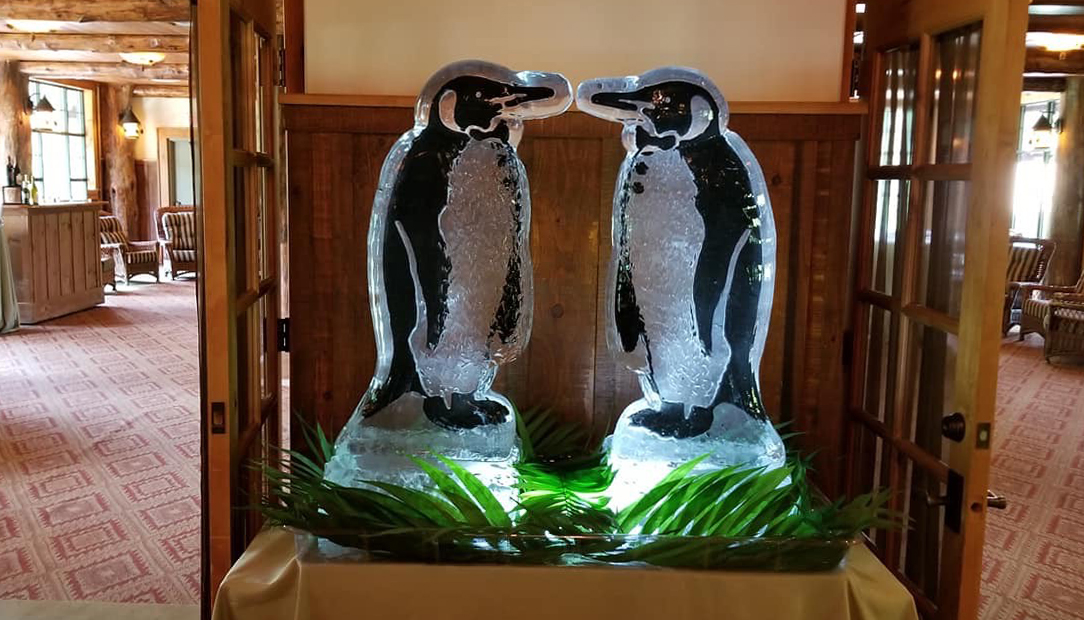 Photo courtesy of The Ice Man

The blocks of ice they use are 40 inches long, 20 inches wide, and 10 inches deep, and start out at 300 pounds. Pumps in the ice-making machine keep the water circulating as it freezes so the ice comes out clear. Sometimes, color is added with vibrantly colored sand, and texture is added by hand with various tools.

The resulting displays have included luges, a tower topped with hearts, and holiday-themed sculptures.