The art of illustrating what’s inside our bodies

There’s his instructional illustration of a surgeon removing a stomach in a gastrectomy. With editorial flair, Westwood pictures how the foot bones are compressed inside a ballerina’s pointe shoe. 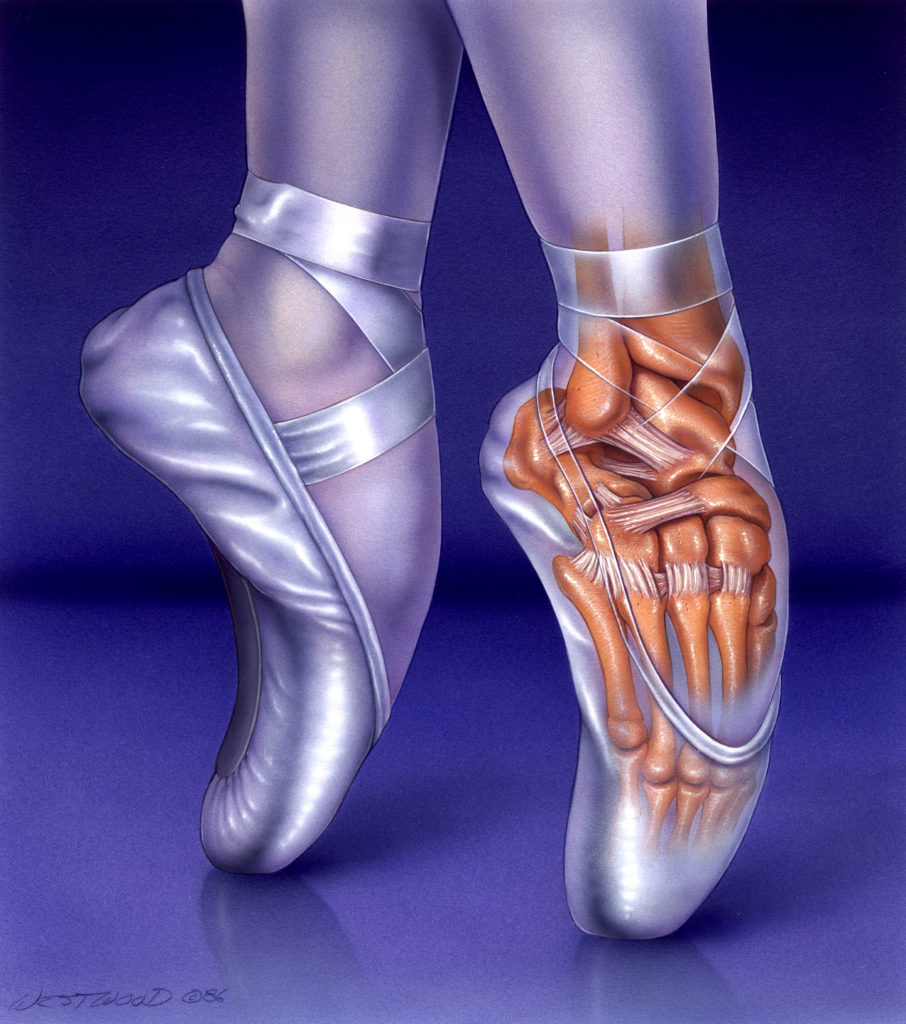 This illustration was created as a cover art assignment for the Journal of Musculoskeletal Medicine. This conceptual illustration accompanied an article about ballet injuries. Illustration provided by Bill Westwood

Westwood, who currently works out of a studio in Albany, said the work is different each day, including rendering images of injuries in legal cases. Westwood has been drawing medical illustrations since 1967 — and he has a design teacher from long ago to thank.

Decades earlier, Westwood was flabbergasted when he received a “C” in an undergraduate design class, so he decided to confront his teacher about the low grade. Little did Westwood know that the resulting conversation would introduce him to the field of medical illustration.

“That one design teacher changed my life,” he said. Westwood took the advice of the professor and enrolled in a Georgia school that specialized in the work.

The school also only accepted four students per year; those students had to excel in both art and science. During his last two years at a liberal arts college in the same state, he “had never worked so hard in my life” to get in — and he was eventually accepted to the school. 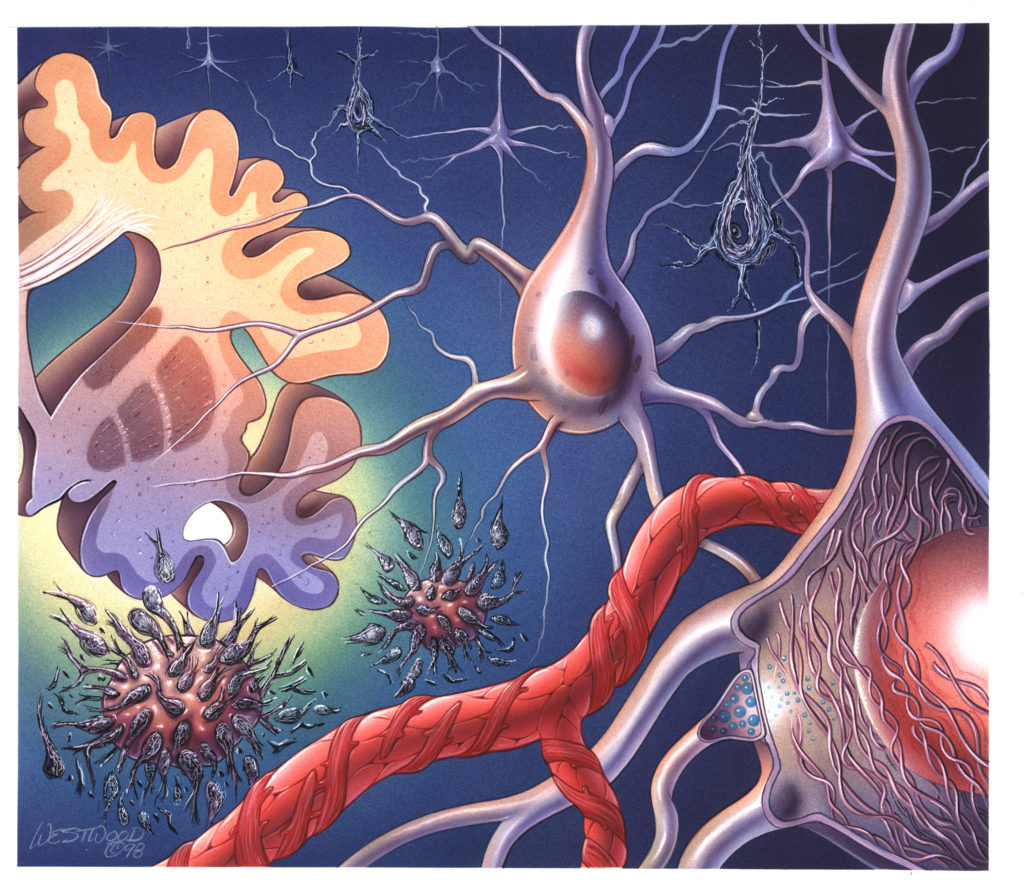 Westwood showed WMHT how research-heavy the job can be. When he’s ready to create a medical illustration, he starts by focusing on a sketch of the work. Once that gets laid out, he puts his sketch in a scanner and opens it on his computer. From there, he’ll fill in the details, like airbrushing a red blood cell.

Westwood said his job is extremely rewarding and, even after 52 years, he has no plans to retire.