These ice castles are built from thousands of hand-placed icicles

MIDWAY, Utah — When Brent Christensen and his family moved from the San Francisco Bay Area to Utah, he and his kids started playing with the ice formed from a leaking water source in his yard. Inspired by the possibilities, Brent wanted to take it further. What started as an ice fort grew into what is today, the “Ice Castles.”

For Brent, the most important part of the creative process is “allowing ourselves to be curious,” he told KUED’s “Verve,” “and not feeling like you have to be grown up all the time.”

The design and formation of the “Ice Castles” depend on the natural environment — water, temperature and time. “I consider what we do a dance with Mother Nature.” he said. “We can’t direct what the humidity is going to be, we don’t know exactly how the wind is going to blow. All of those things combined create a lot of surprises,” he added. 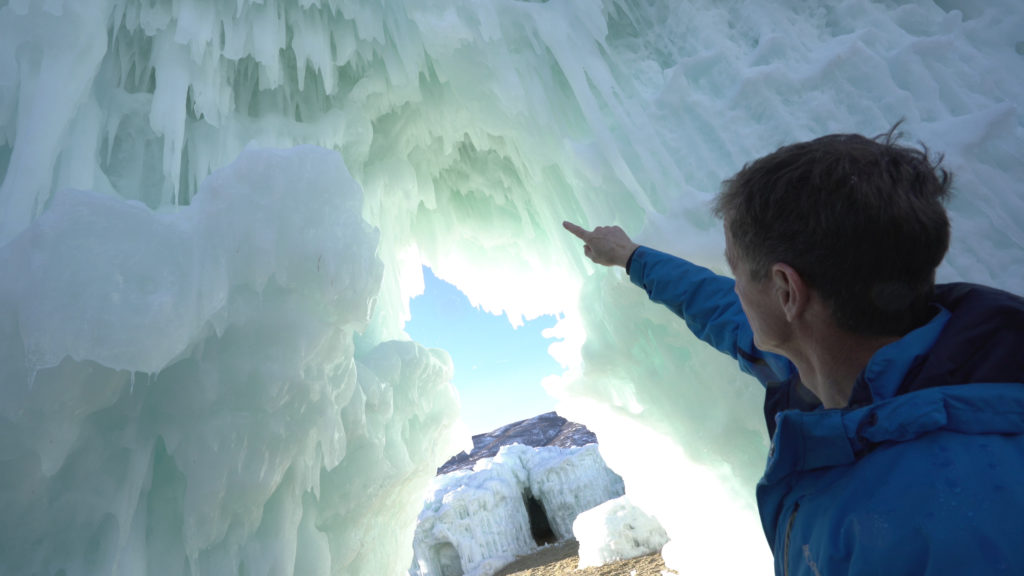 Inside the Midway, Utah, ice castle. Image by KUED Channel 7

Built from the ground up, the “Ice Castles” are often started in October by a team of ice specialists and sculptors. With an estimated 25 million tons of ice, the castles are composed of slot canyons, frozen waterfalls, tunnels, archways, slides, caverns, thrones, fountains and more.

Today, there are six “Ice Castles” across the U.S. and Canada.

The team of designers and sculptors place lights into the ice for a colorful night show. “There’s engineering and architecture and a lot of art in it,” Brent said. “But the real art is what happens when we go home and go to bed and turn the water on, it happens at night.”

Related Content
Arts & Culture
A photography exhibit of melting ice — and shifting consciousness
Arts & Culture PBS Utah Utah
The ups and downs of being one of the world’s best yo-yo artists
Music
In Erika Ryann’s voice, the moody sounds of the West
Arts & Culture APT Alabama
How growing up in rural Alabama shaped this author and dancer
Top Stories
Arts & Culture
Family clarifies no ‘Picasso NFT’ is set to be sold online