CHUGACH STATE PARK — To composer Matthew Burtner, the natural world is one of our best musical instruments. And by composing avant-garde soundscapes from Alaska’s wilderness — sounds from glaciers, snow and wind — he’s trying to use it to raise awareness of climate change.

“When I was studying music, I was impressed by the sounds of the natural world, and in general, the power and the presence of the Alaskan wilderness, and I naturally made music with those things,” he told Alaska Public Media’s “Indie Alaska.” “As I got older, the environment started changing, and I started hearing those changes in the sounds that I loved.” 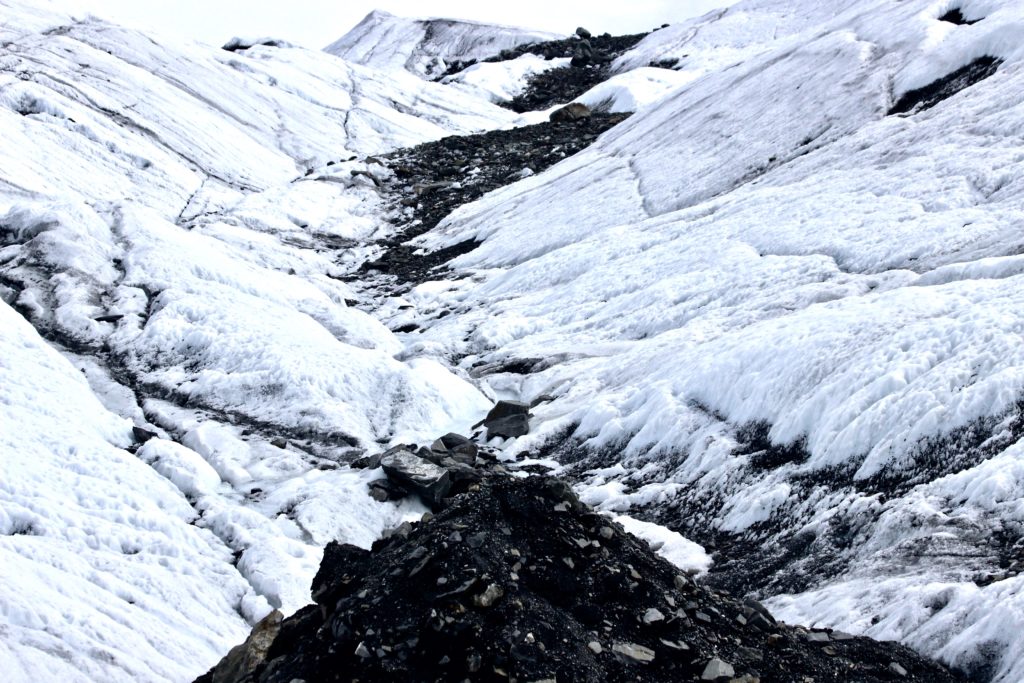 A photo of the Matanuska Glacier in Alaska. Burtner recorded audio from this glacier for a track on his latest album. Photo by Joey Mendolia/Alaska Public Media.

Burtner was born and raised in Alaska and spent much of his childhood in Bristol Bay and other rural villages. Eventually his parents moved to the Chugach Mountains in Chugach State Park, where they built their own cabin and raised their kids. Now, Matthew lives in the cabin, and he’s turned the loft into a personal music studio, where he does most of the post production for his compositions. He said he first started noticing the warming climate when the cottonwood trees began to grow higher up on the mountains, in the process blocking the wind. This prompted him to start using his music to reflect the changes in the Alaskan wilderness.

Burtner’s latest album, “Glacier Music,” is an electroacoustic collection recorded on Alaskan glaciers, featuring the sounds of snow, trickling streams, and the cracks, pops, and booms as glaciers break apart and move. One of the tracks on the album, “Sound Cast of Matanuska Glacier,” was a special request from former President Barack Obama for the 2015 GLACIER Conference.