ANCHORAGE, Alaska — Artist Romney Dodd never seems to run out of objects to paint. She’s added her colorful designs to ceramics, clogs, doors, and even salmon skin — “whatever I decide is appealing.” In her studio, dozens of preserved fish hang in rows, ready to be turned into Dodd’s next canvas.

“Being self taught, I haven’t experienced art school where I sat and was critiqued,” she said. “So I get to create through my passion … I don’t draw anything out beforehand, it’s just all free hand.” 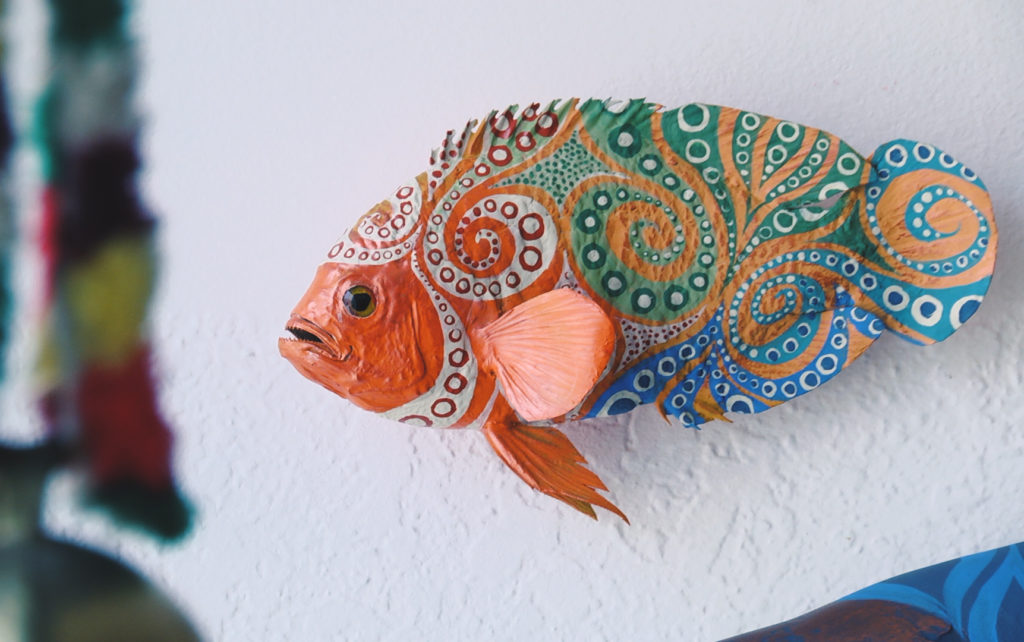 One of the many dead fish artist Romney Dodd has turned into art. Photo by Daniel Hernandez/Alaska Public Media

When a taxidermist from Anchorage, Alaska, a close friend of Dodd’s, decided to retire and close his shop, “someone [who’s] like a father to me insisted that I go down and buy all those fish, and so I did. It has been really fun getting to know these guys, every single face is different,” Dodd said, referring to the array of 150 fish specimens she’s gathered to turn into art. 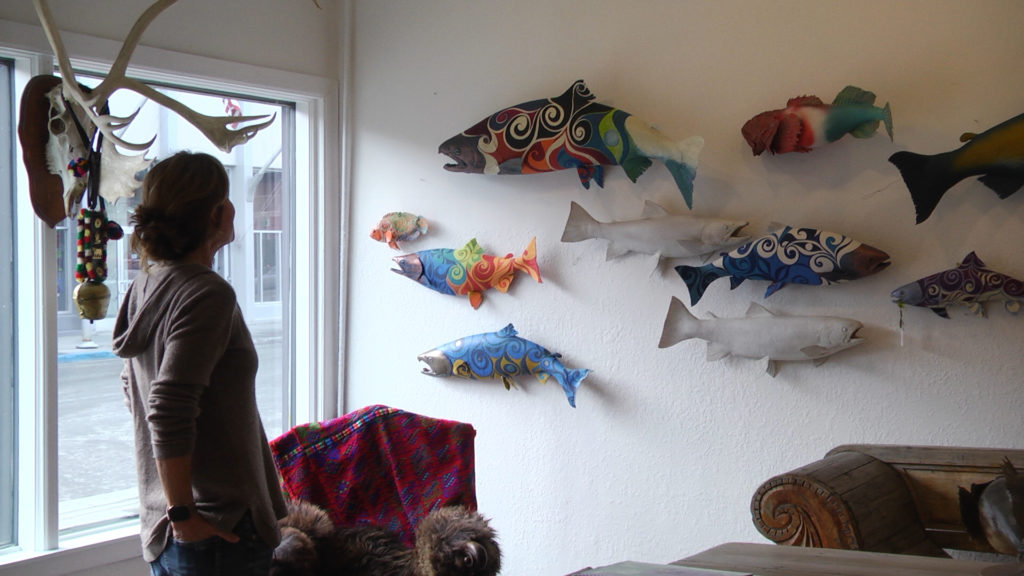 Artist Romney Dodd and some of her painted taxidermy fish inside her downtown studio in Anchorage, Alaska. Photo by Daniel Hernandez/Alaska Public Media

Dodd was born and raised in downtown Anchorage. The first person to influence Dodd’s style was artist Gene Laurence, who was known for her paintings of Alaskan wildflowers, using pastels on a black canvas. Gene was also the wife of the famous Alaska painter Sydney Laurence.

Dodd’s mom would take her to Laurence’s home studio. Dodd said Laurence’s legacy continues “through me. I get inspired by looking at their work.”

Dodd began painting ceramics full-time after the birth of her first child. Later, she gained national attention when she painted her designs for Dansko Shoes. She was then labeled “The Dansko Lady.”

Dodd continues to paint taxidermy fish in her downtown studio where she often participates in the monthly, city-wide art events. This gives her an opportunity to meet other residents and show off her colorful designs.

‘Path is the key:’ The Doors’ drummer on what lights his fire

A poem that extends a hand in our lonely times

Miami, one of the top tourist destinations in the U.S., has been hit hard by COVID and the travel shutdown.…

‘Path is the key:’ The Doors’ drummer on what lights his fire

A poem that extends a hand in our lonely times