BIRMINGHAM, Ala. — Mary Frances Whitfield spent her youth in Birmingham, Alabama, with a strong-willed and brave grandmother who was on the forefront of the civil rights movement.

Her grandmother marched across the Edmund-Pettus Bridge from Selma to Montgomery, alongside Martin Luther King Jr. and hundreds of other protesters. She even lost her job because of her involvement in the movement. In a phone conversation with Alabama Public Television, Whitfield spoke of her grandmother trying to shield her grandchildren from the harsh realities and racial violence of the time. Despite her grandmother’s efforts, Whitfield remembers seeing the 1955 Jet magazine cover story on Emmett Till’s open casket. The black 14-year-old was beaten to death by white men after whistling at a white woman while visiting Mississippi. The images in the magazine terrified Whitfield as a child. 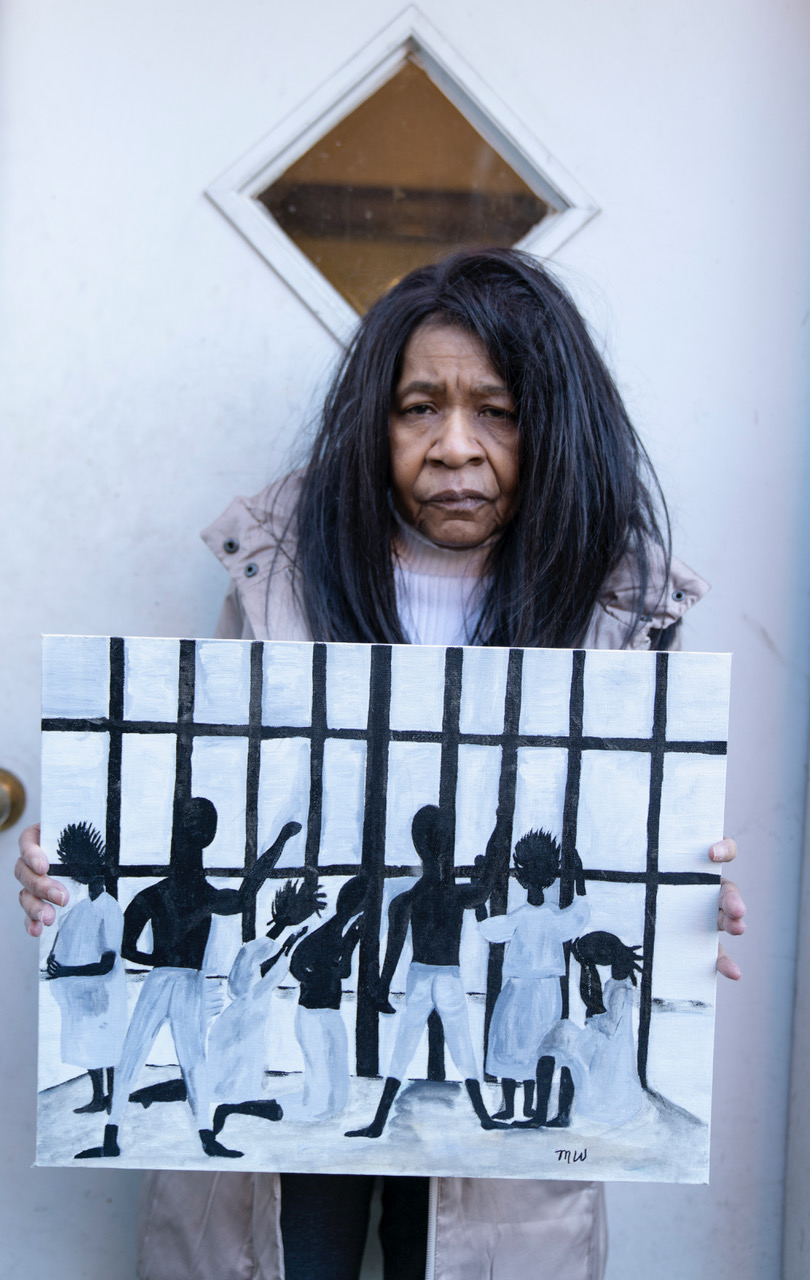 Whitfield’s grandmother would also tell stories from her childhood, as well as those passed down from prior generations about the days of slavery. Much of Whitfield’s work depicts these stories — of picking cotton, singing songs, and other images of life for black Americans in days past. But Whitefield’s art shifted when she made a trip to the Birmingham Civil Rights Institute in the early 1990s, where she saw images of lynching and the Ku Klux Klan. Whitfield could not shake the images and the feelings they produced in her mind. So she began to exorcise them the only way she knew how: by painting them.

In stark contrast to the light and ethereal paintings of her earlier work, her lynching paintings are direct depictions of racial terror that shake the viewer to their core. In “Mary” (1994), the viewer is taken to a dark graveyard where someone mourns at the feet of a woman hanging from a tree. 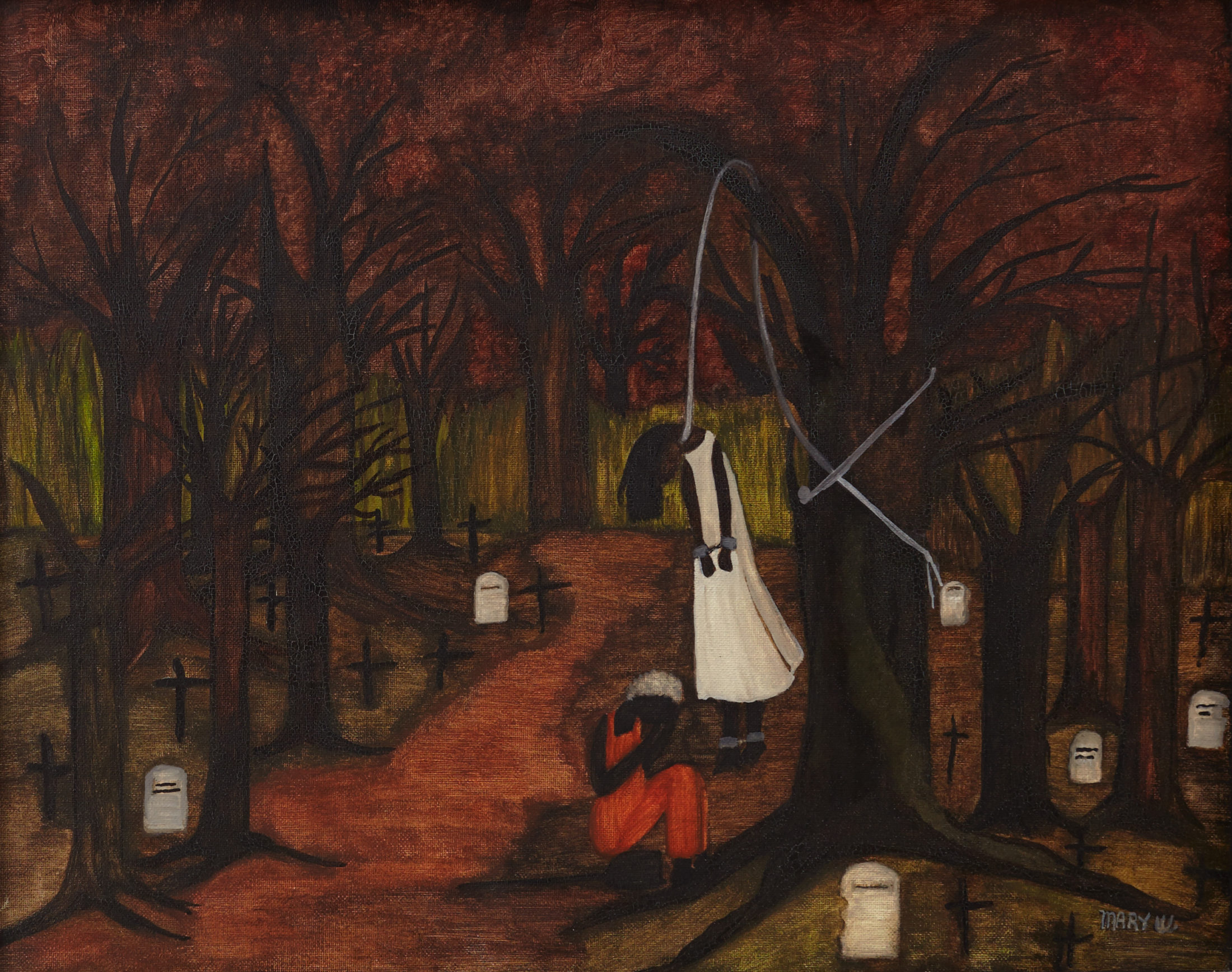 These paintings had rarely been shown to the public until 2019, when the Abroms-Engel Institute for Visual Arts at the University of Alabama at Birmingham showcased the paintings in an exhibit called “Mary Frances Whitfield: Why?” Whitfield, who hasn’t had formal training in an academic setting, is considered an “outsider” artist.

The exhibit was shown in conjunction with the Jefferson County Memorial Project, with the goal of erecting monuments that honor the victims of racial violence.