BIRMINGHAM, Ala. — Erin Mitchell’s interest in making things was sparked and nurtured by her family at a young age. Watching her father build and her talented grandmother undertake a multitude of creative projects gave Mitchell a taste of possibilities.

“I remember specifically there was this suitcase [my dad] let me paint that I thought was the most amazing thing ever,” she told APT’s “Monograph.” “It was so basic, but I think that’s what really started me off in painting. I was so meticulous in painting this suitcase.”

Mitchell continued to explore her creativity as a middle school and high school student, attending the Alabama School of Fine Arts, a public arts magnet school in Birmingham. There, she had dedicated studio hours that elevated her artistic skill.

It was in high school that Mitchell began to develop themes that filter through her work still today: her narrative of how she sees the world, herself as a black woman growing up, how others perceive her, or how she wants to be perceived.

Mitchell continued to advance these motifs and employ dimension in her work, using collage to engage layered ideas, literally and conceptually. She said her grandmother’s quilting partly inspired her to work with fiber. But she doesn’t limit herself to traditional aesthetics or materials, finding inspiration in colorful barrettes and hair accessories. 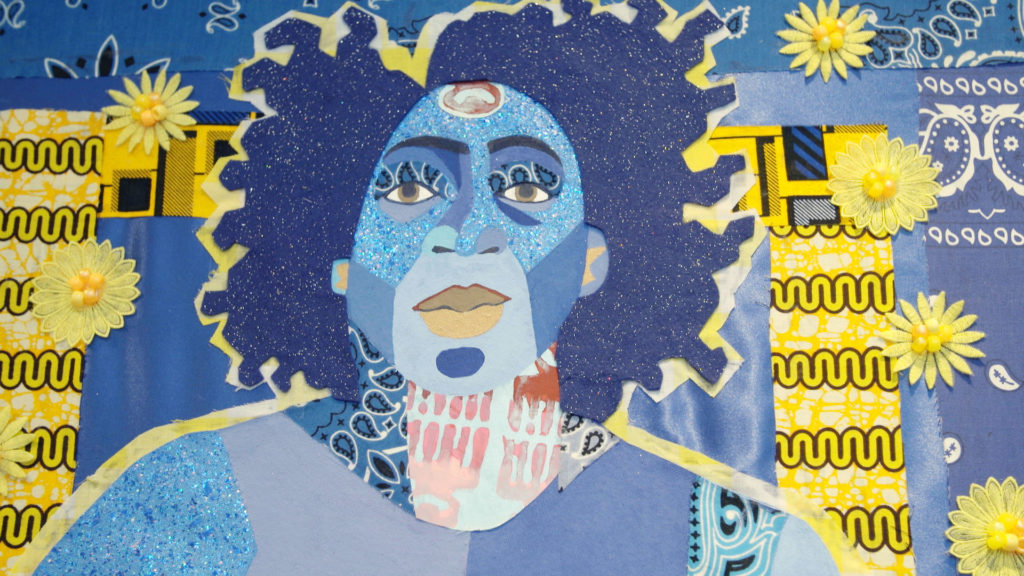 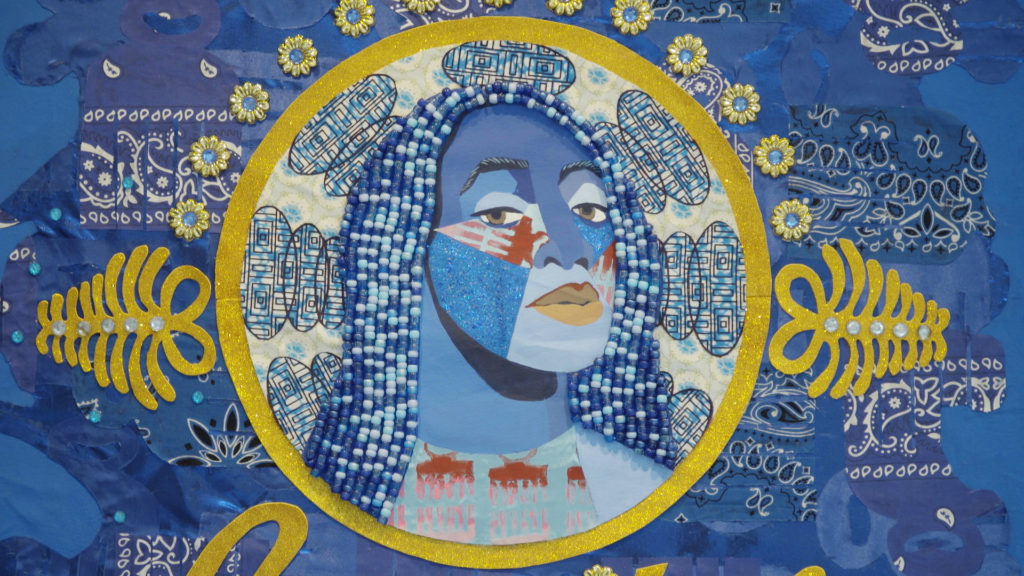 After continuing an arts education at the School of The Art Institute of Chicago and Columbia College Chicago, Mitchell became an arts teacher for Chicago City Schools, thinking it would be an art-centric way to earn a living. It proved to be much more unstable, and ultimately drove a wedge between Mitchell and her art practice. Unsatisfied with both her work and her art, Mitchell decided she had to make a change. In 2018, Mitchell took a leap of faith, quit her job, and returned to Birmingham determined to dedicate herself fully to her art.

Since making the move, several opportunities emerged that Mitchell never saw coming, including a portrait for fellow Birmingham native, political activist Angela Davis, commissioned by the Birmingham Committee for Truth and Reconciliation. 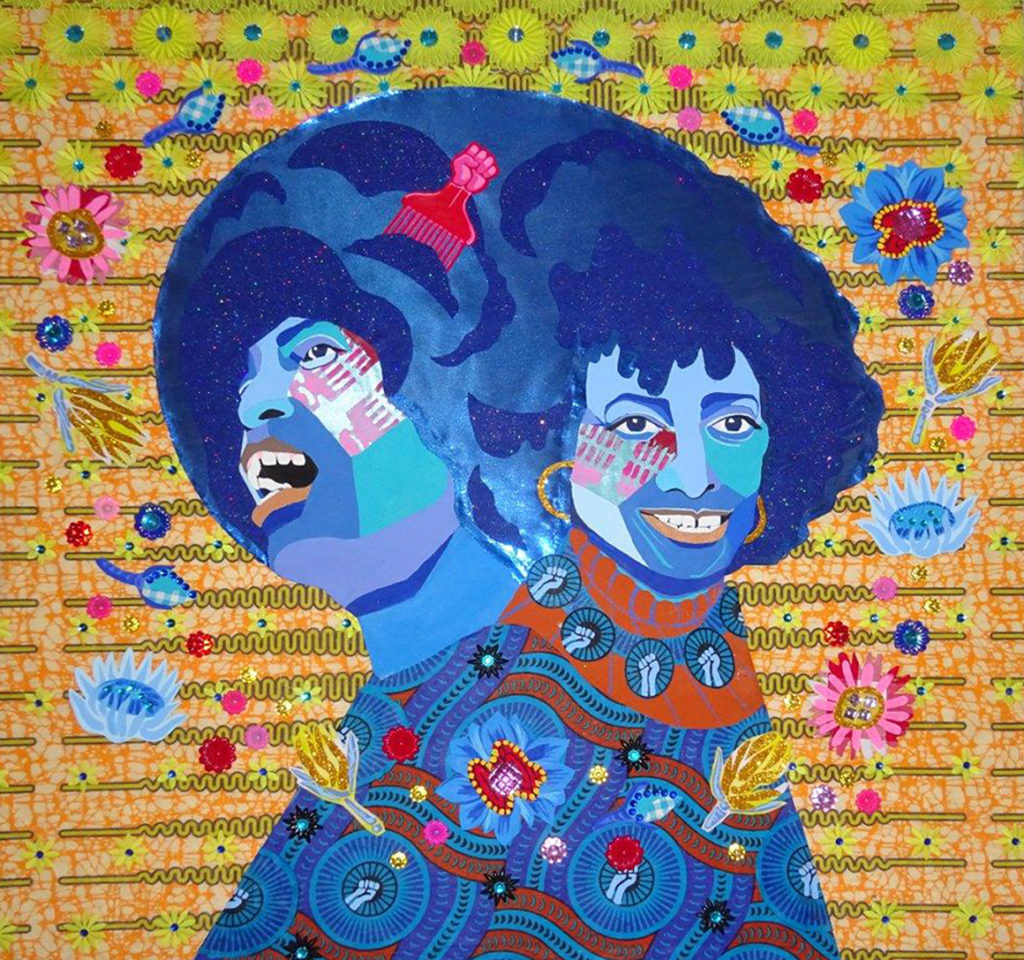 “I was excited, because this is the type of work that I came home to do, I really wanted to do some impactful work,” she said. “I was ecstatic to have the opportunity to artistically provide an image of [Davis] that I felt was really strong, and was significant not only to me, but to the city.”

Mitchell said she wanted to convey Davis as a “statue of humanitarian achievement” in her double portrait of the activist’s past and present selves. The artist said her artwork honoring Davis expresses Birmingham’s “monumental love for our native queen.”