LAWRENCE, Kansas — Hong Chun Zhang is a self-identified Kansan and an identical twin — two parts of her identity that she draws on as an artist today.

But before she moved to the Midwest, she grew up surrounded by art in China, raised by two art professors. Zhang now specializes in Chinese fine style ink painting, which her parents taught and she later studied at the Central Academy of Fine Arts in Beijing in the 1990s, though it was in California where her ideas flourished and work evolved with each stroke of the brush and line of charcoal. Zhang earned a Master’s of Fine Arts at the University of California at Davis in 2004. 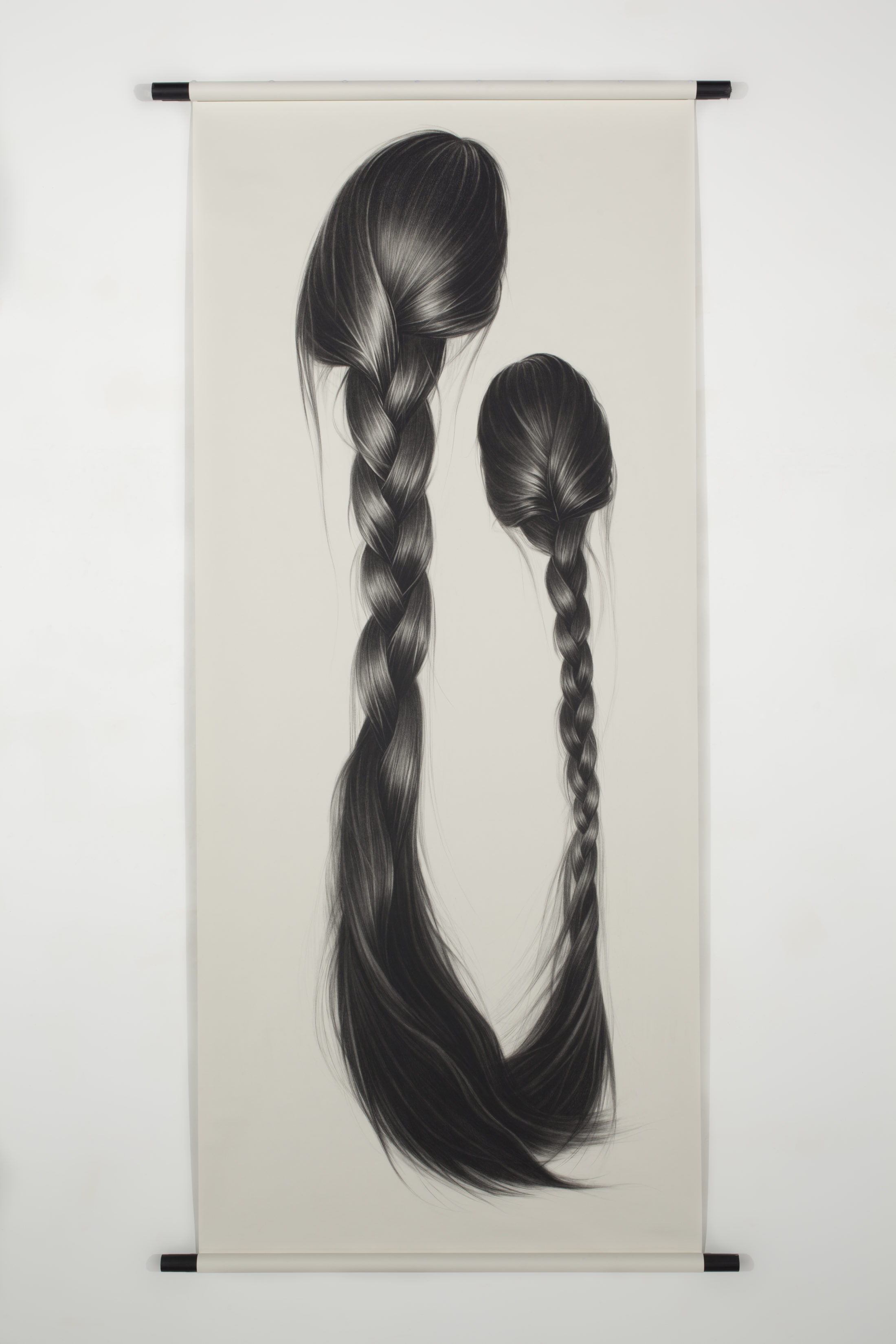 “In China, the art content was pretty restrictive and controlled by the government,” she told KCPT’s Flatland. “Once I came to the U.S., the immediate freedom allowed me to work with some of the areas such as political, social content.” 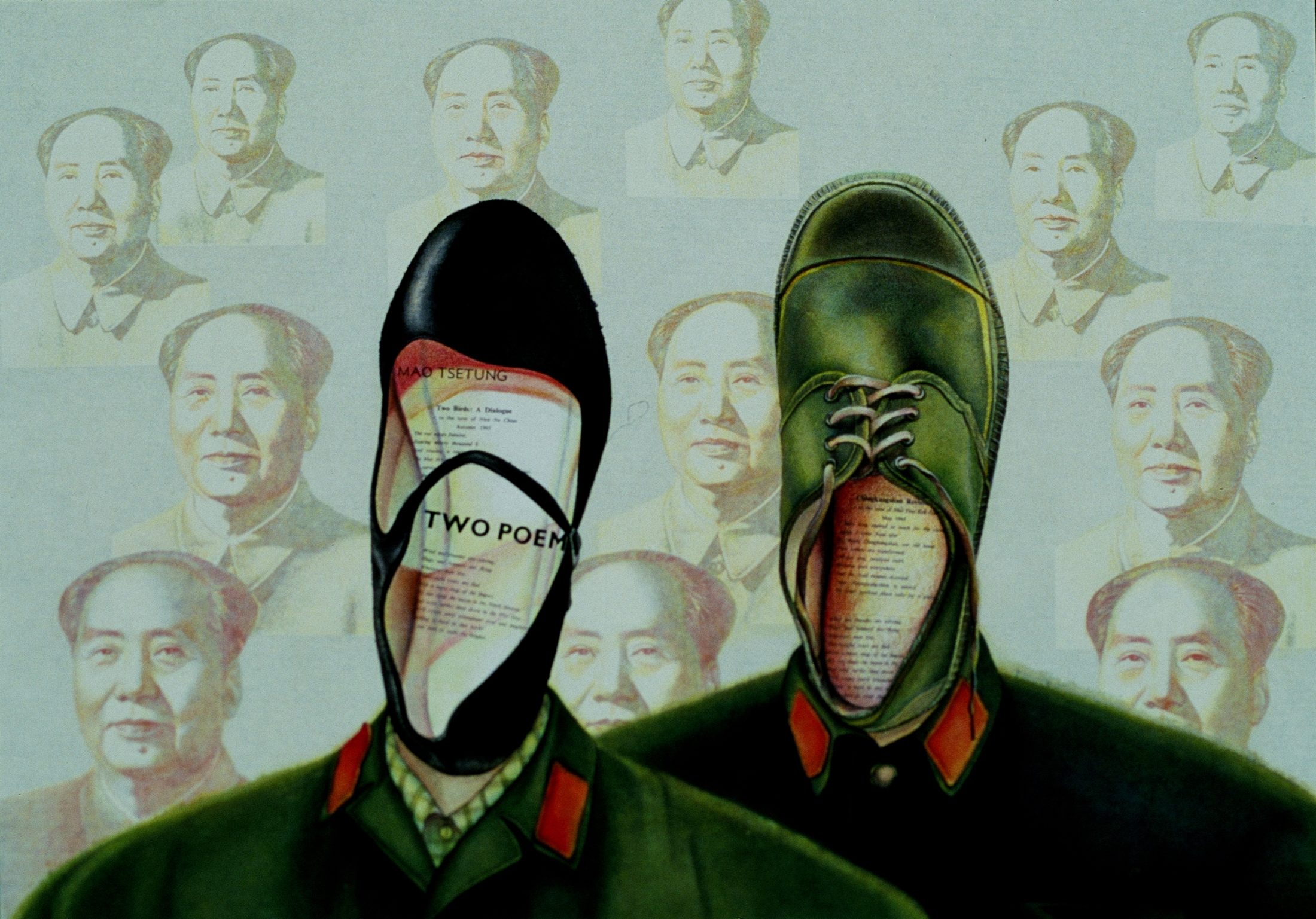 That newfound freedom sparked several series of work using organic forms and mediums, such as Chinese ink, watercolor and rice paper or charcoal on scrolls. For instance, one of her earlier series, called “The Three Generations,” was an artistic commentary on imagery considered taboo in China, such as Chinese leaders Mao Zedong and Deng Xiaoping.

In her continuing series that began in the 2000s, “Long Hair,” she sketches threads of hair with charcoal – also using an eraser to create the shine – to mimic blades of grass. It’s Zhang’s way of drawing parallels between the prairie landscape around her and her personal identity in some works. In other images, she threads the importance of family ties by placing them front and center in her work. 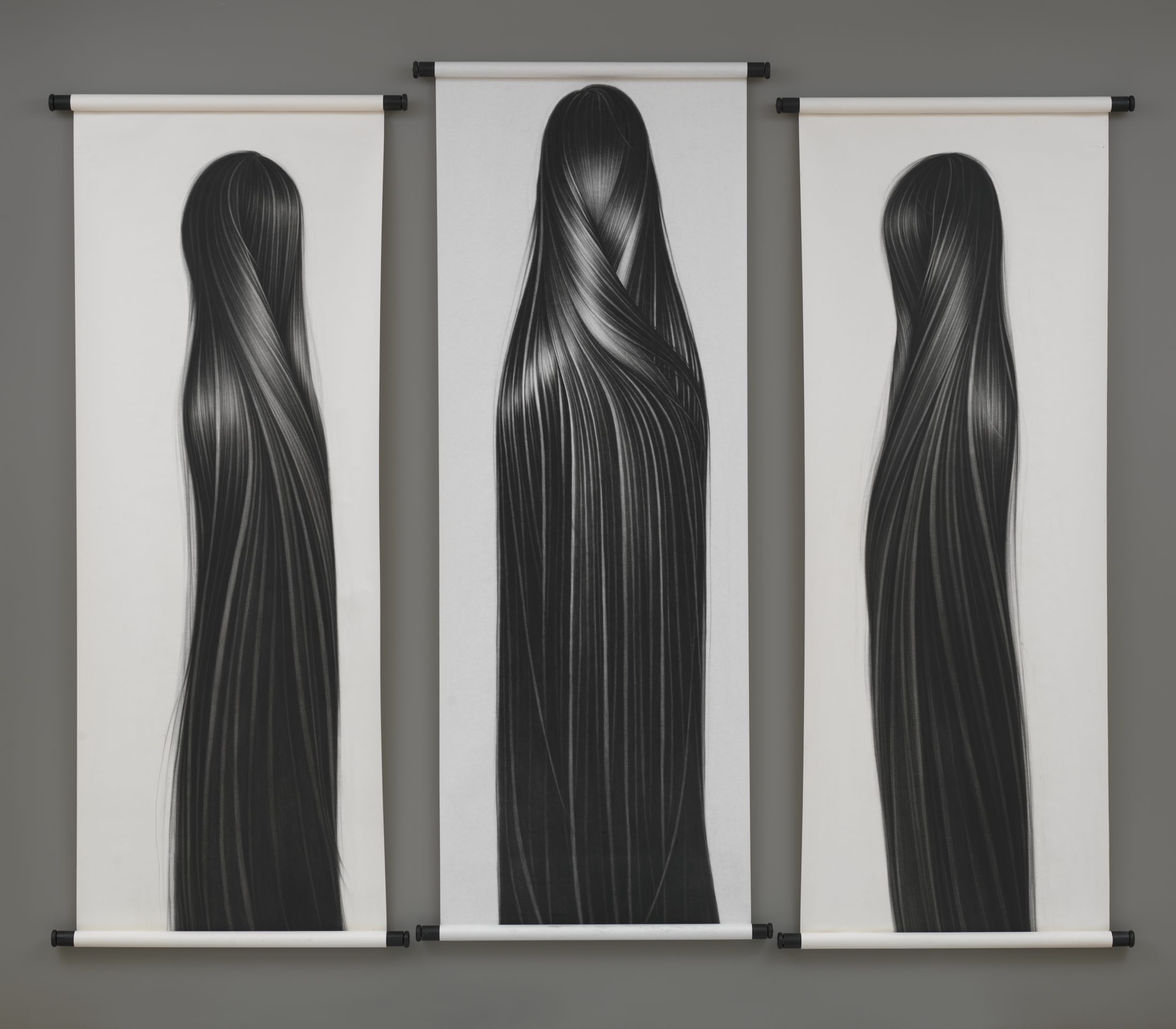 “The more I live in the U.S., the more I started questioning myself, my own identity as a Chinese woman living in the U.S.,” Zhang said.

As a new artist in the U.S. in the 2000s, the artist wanted to reach Western audiences while still leaning on her strengths in Chinese ink painting. So she took an inward look with a series of self-portraits that began in her first years living in the U.S.

Her series of “Twin Spirits” diptychs are a manifestation of her connection to her twin sister as well as her identity as a Chinese woman. But it’s not the typical self-portrait. Instead of drawing faces, she painted the back of her and her sister’s heads to place focus on their straight, long hair. The artist’s use of hair is intentional, a motif she describes as her and her sisters’ main identifying feature. She hearkened back to the traditional format of Chinese art using scrolls but made the scrolls larger than wall-size; one is 25 feet long. 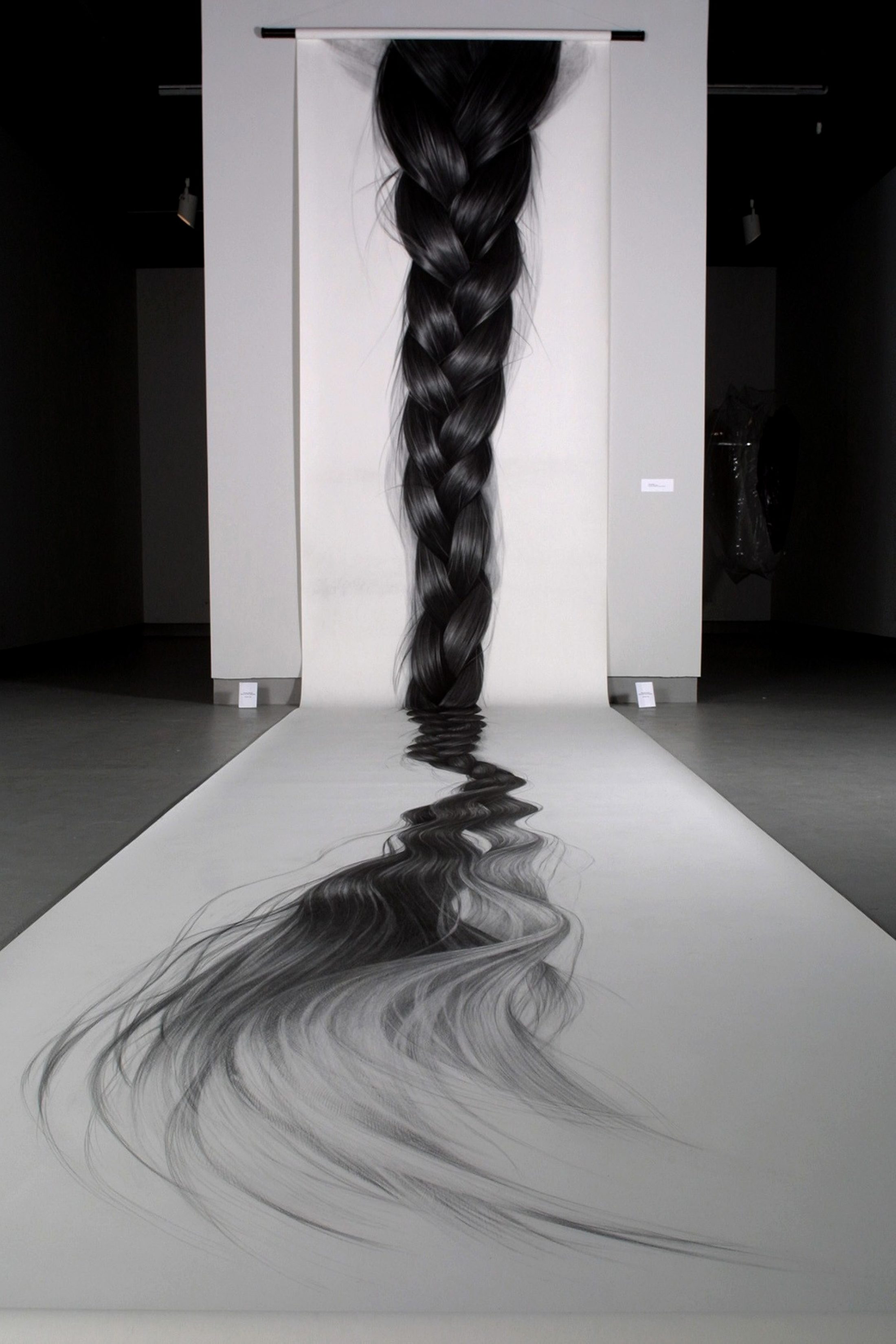 Zhang explained that by focusing on hair instead of facial features for self-portraiture, she found that her work resonated with women from other cultures. For instance, sisters from Mexico got one of her charcoal drawings tattooed on their arms. And an Iranian woman said Zhang’s art resonated with her because the way the hair fell looked like a Burka.

“My work not only represents Chinese female beauty but also covered broader areas of Latino and Middle Eastern cultures female beauty,” she said. “Hair can be (a) powerful image that represents beauty and identity.” 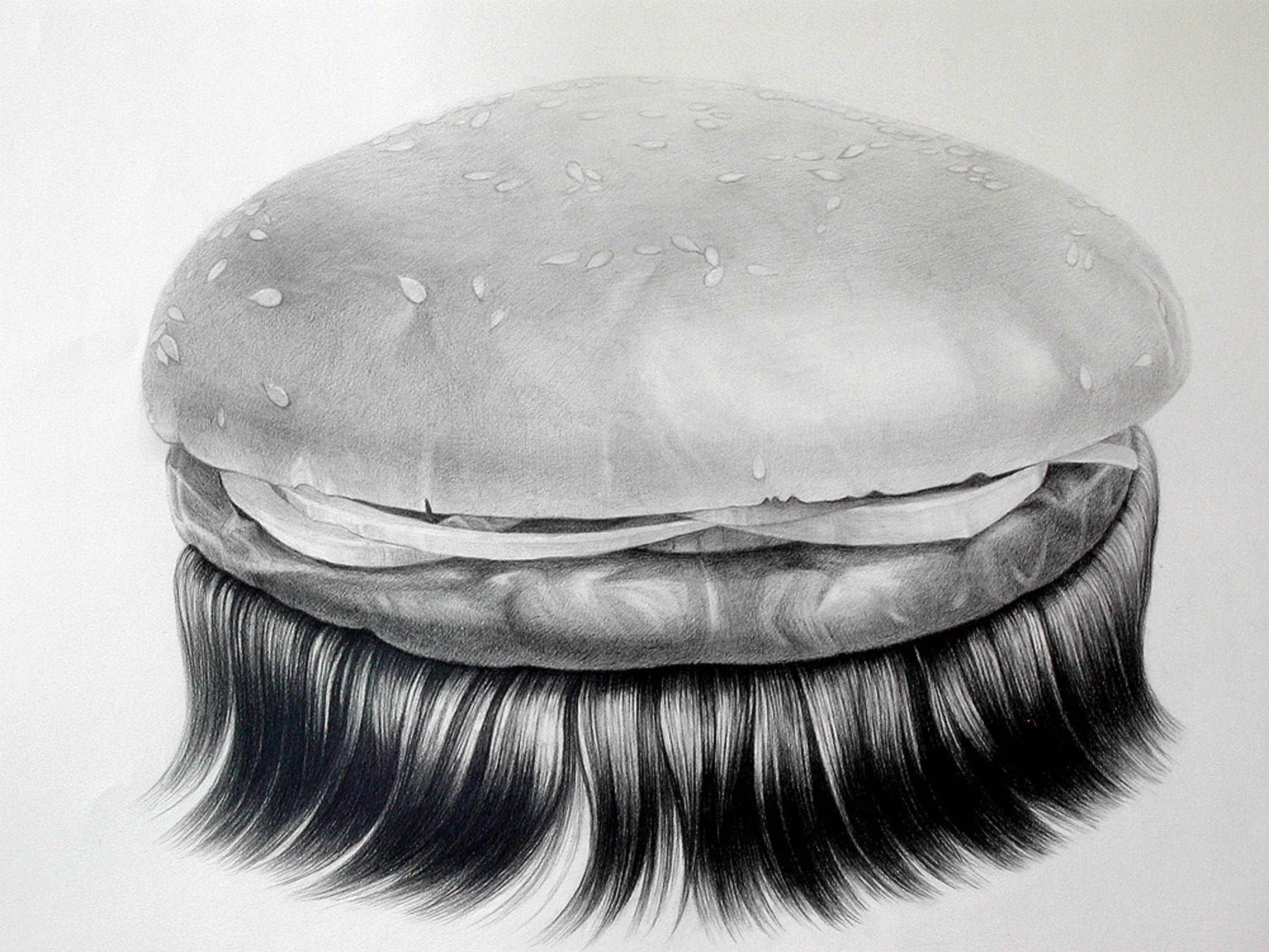 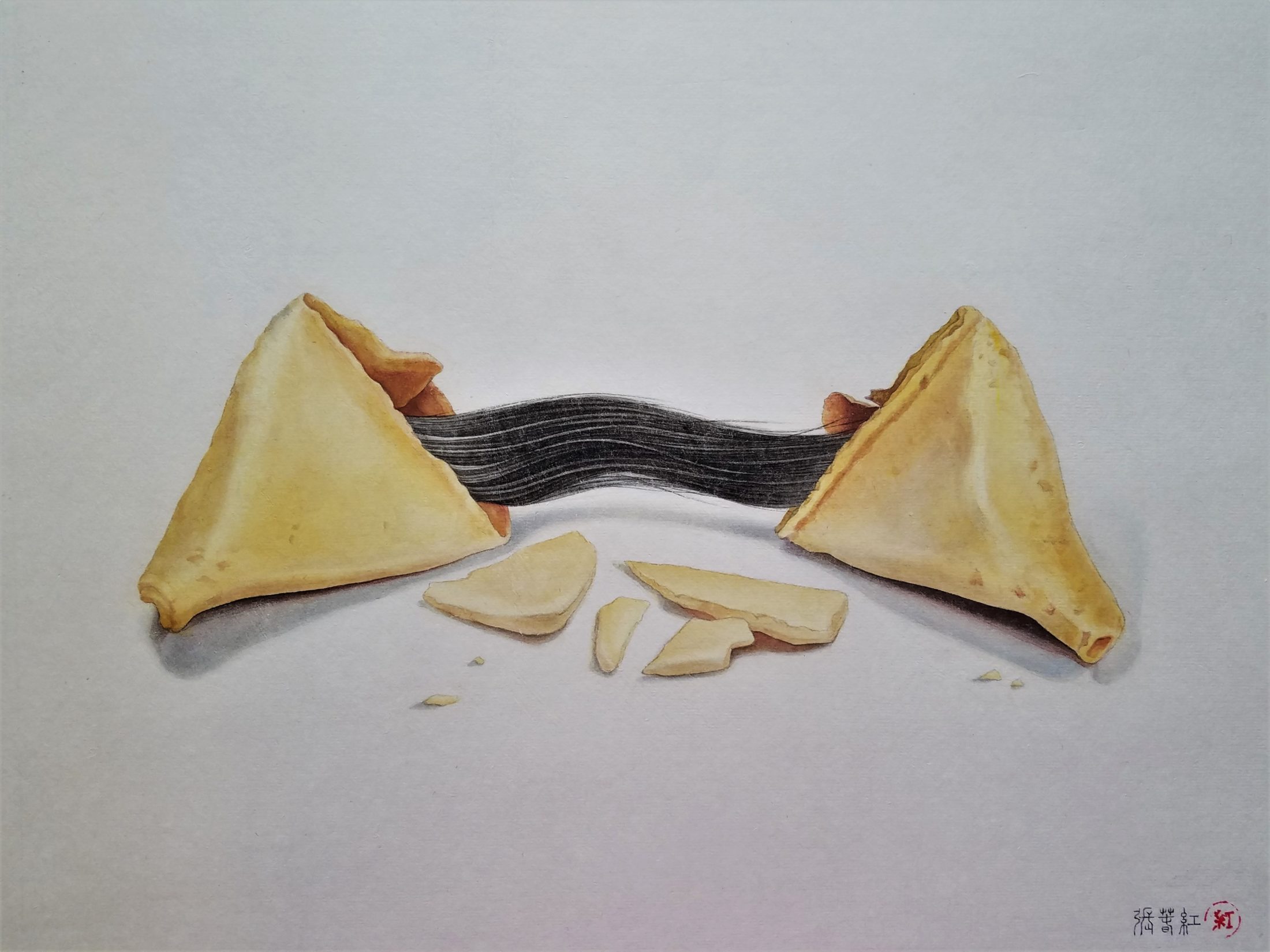 Zhang added: “[The series] also shares the life and living, the up and down of life experience.”

Zhang shows in galleries around the world and is represented by Haw Contemporary in Kansas City, Missouri. Her next show is next April in Milan.