HOUSTON — Nathalie Miebach’s sculptures are as chaotic as the weather events they depict.

The Boston-based artist has created a colorful series of sculptures that turn data collected from extreme weather events into art. Using basket weaving techniques, each of Miebach’s sculptures is densely layered, weaving in all types of data — barometric pressure readings, rainfall totals, actual tweets by hurricane victims — into her work. In her piece “Harvey’s Twitter SOS,” there are small squares with messages like, “Running Out of Food and Water” and “Adult Male is Diabetic, Trouble Walking.”

In “The Burden of Every Drop,” Miebach creates a chronological representation of Puerto Rico’s struggles to survive the intense wind and rainfall from Hurricane Maria. The piece takes on the tone of a tragic opera by dividing the hurricane into four distinct stages, featuring downed power lines to represent the island’s efforts to keep its electrical grid intact throughout the storm. 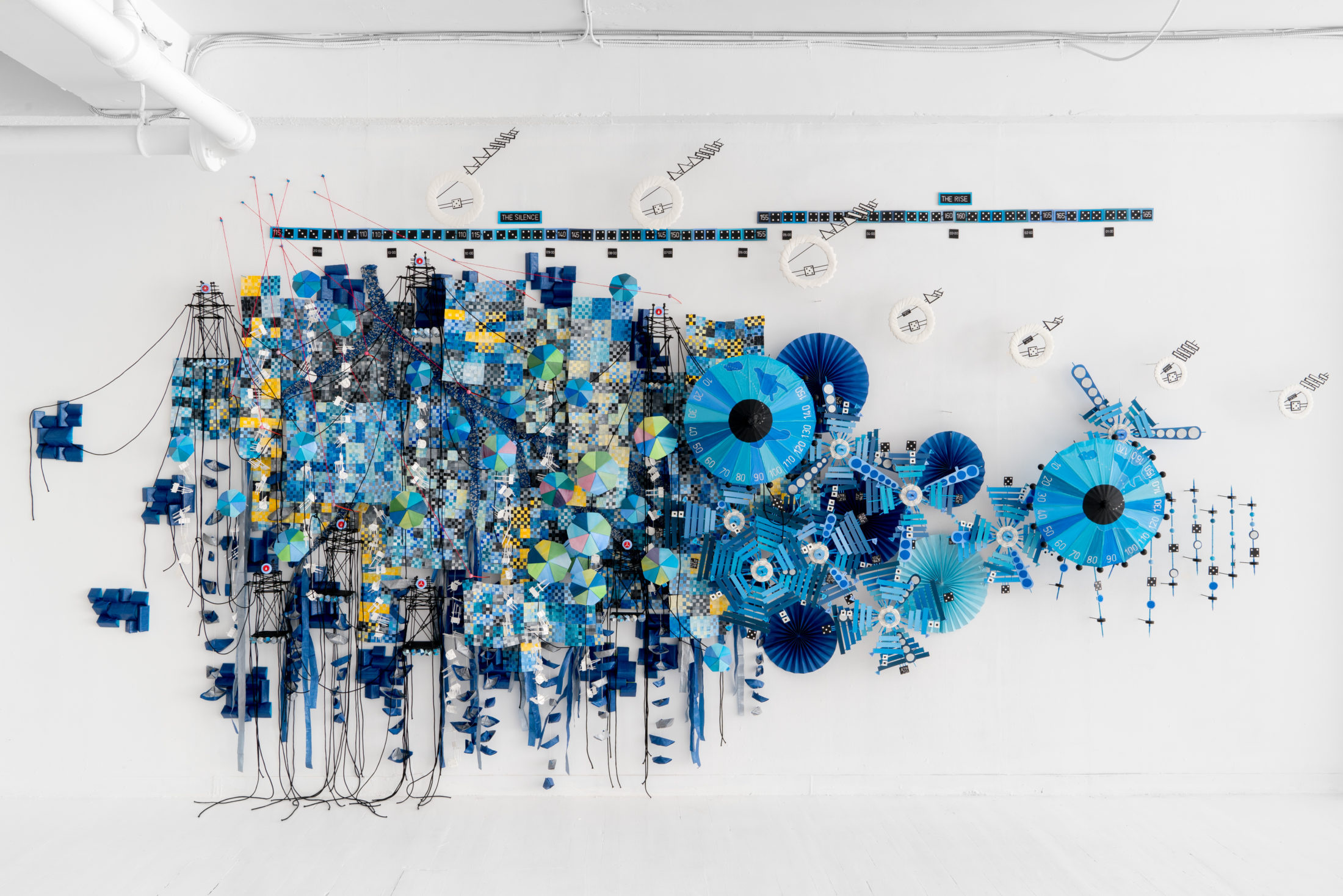 “The Burden of Every Drop” by Nathalie Miebach. Photo by John-Michael Seminaro. Photo courtesy of Houston Center For Contemporary Craft

Several of the Mieback’s sculptures were on display at “The Water Line,” a show at the Houston Center For Contemporary Craft. Curator Kathryn Hall told Houston Public Media how the artist’s work explores the duality inherent in extreme weather events by finding inspiration in both the objective data of the storms and the human experience of those who lived through them.

“[Extreme weather] is something that many of us have experienced in a multitude of ways,” Hall said. “Within the different sculptures, you’re really able to explore how storms have affected different areas and how different people responded to them.”

More of Miebach’s work will be on display at the Pensacola Museum of Art in Pensacola, Florida, beginning Feb 6.

Beyond the Canvas: Visionaries of the Arts

Beyond the Canvas: Visionaries of the Arts