ASHLAND, Ore. — Painter Claire Duncan doesn’t consider herself a wildlife painter, nor much of a message or “statement” painter, either. If anything, she often hears herself described as a bird artist. She started drawing raptors in college and has become known for her stunning paintings of egrets.

But to put together an exhibit last year in Ashland, Oregon, she found herself along the edges of all of those categories to capture the intimate relationship between living things and the environment around them.

“Dialogs with the Anthropocene” presented a dozen or so large paintings of animals paired with smaller works hanging just above that depict environmental catastrophe and social breakdown. The matched images create a subtle cause-and-effect connection between manmade circumstances and the habitat and dignity of the animals.

READ MORE: Our changing climate is inspiring a new genre. Start with these 5 novels

“‘Anthropocene’ is a word that describes a geologic epoch in which humans have overwhelmingly impacted the earth,” Duncan said. “And that whole concept of humans changing the very geologic structure of our earth with our impact in a fairly short period of time was something that just hit me, and I felt compelled to respond to it.”

In this sense, the show is more about us than it is about the animals. 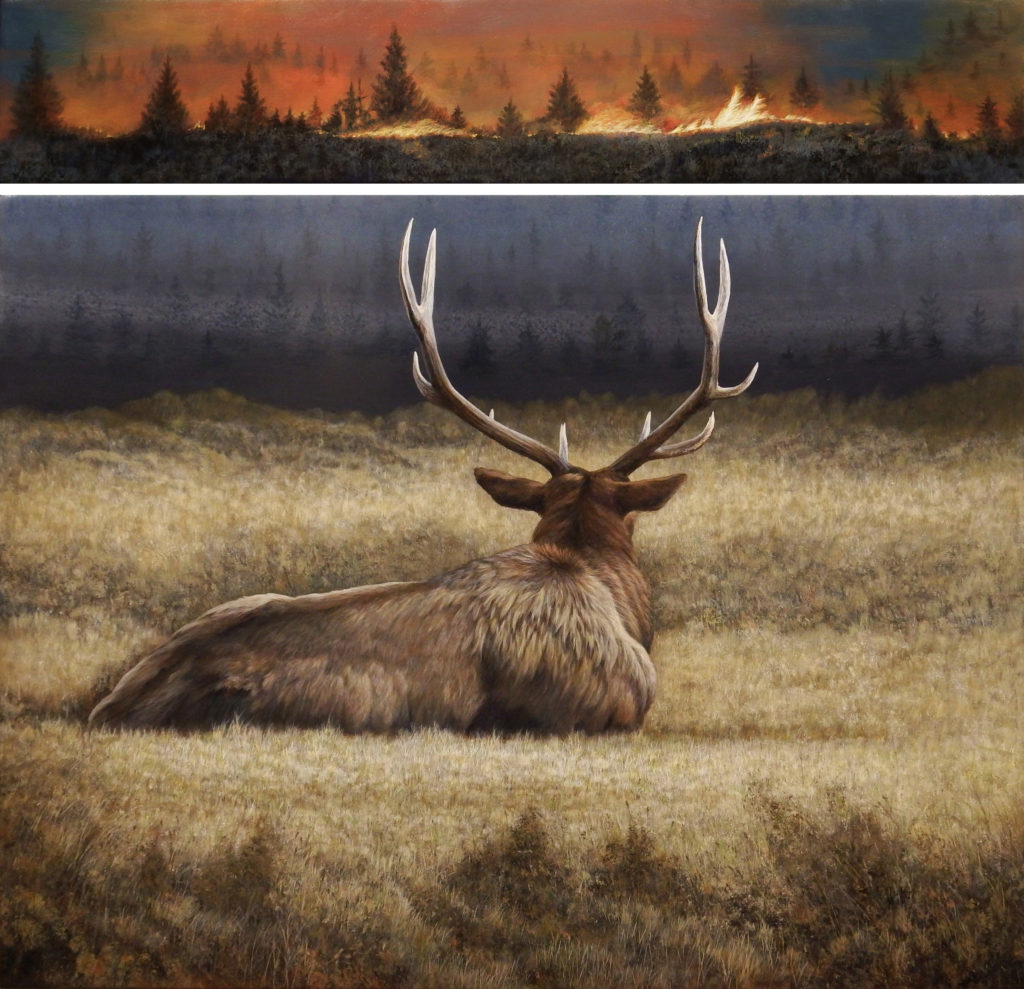 In one painting, a snow-white egret seems startled into motion by the discharge of a bullet. In others, a bull elk is transfixed by a wildfire consuming a forest and a stunningly back-lit bird tiptoes through a haunting, oil-splattered space beneath a smoggy skyline. Viewers describe the effect as “uneasy,” “painful” and “heartbreaking.”

“It’s very interesting to see people come in before they’ve read the statement and they’re just looking at the bird or the animal, and they’ll go, ‘Oh, it’s so beautiful.’ And then, when they realize what the show is about and when they see that paired piece, it has an entirely different impact on them,” she said.

Duncan turned to fine art after a successful career as a graphic designer in southern California. In 2000, she and her husband relocated to southern Oregon.

“It was only when I came to Ashland that I decided to take up painting – I thought as just a Sunday afternoon activity. But it grabbed hold of me and there wasn’t any looking back after that,” she said. 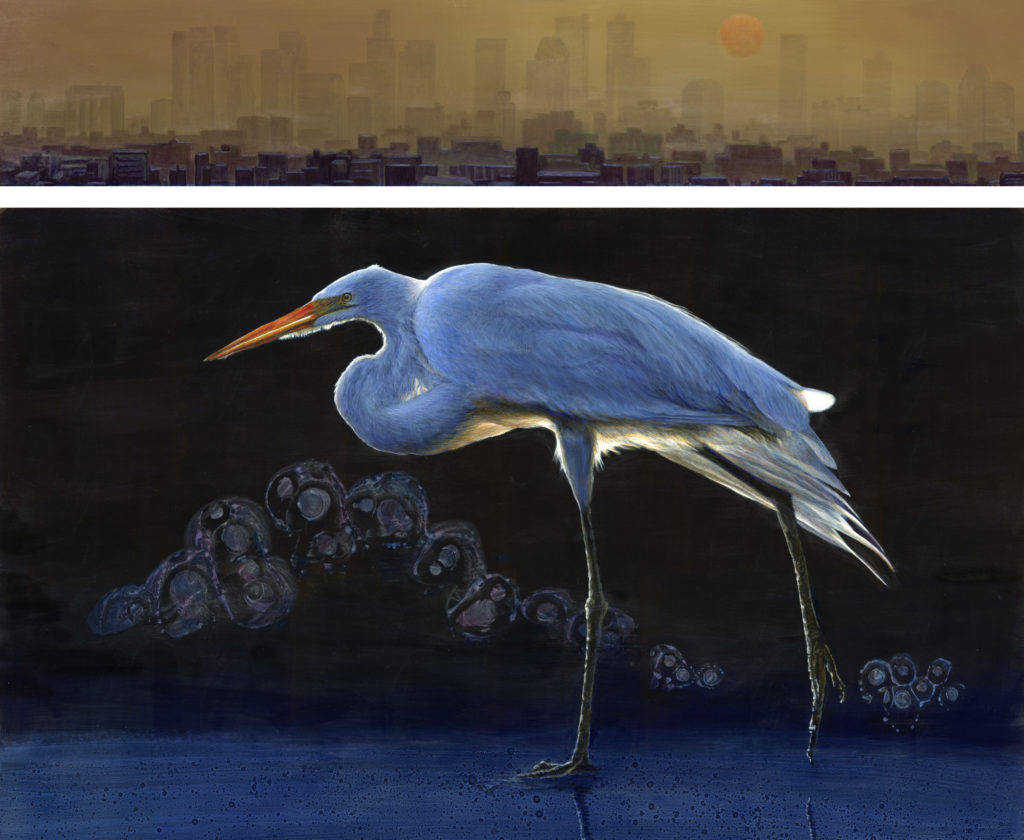 Her elegant portraits of wildlife start with photographs she takes herself and then imports to photoshop. Calling on her well-honed design skills, Duncan places the animals into evocative settings, creating a composition that she then reproduces in acrylic paint. Her animals are rendered with exquisite, seductive detail.

“One of the things I really strive for is a human-like sentience in the way they relate to the viewer. I’d like to evoke some kind of emotion and having them express that is really important,” she said.

The reverent silence and whispered half-comments from the people who view the show confirm that she’s hit a nerve.

“It’s humbling,” she said. “I somehow plugged into a very big thing that’s happening in people’s minds right now. I’m not coming up with any original ideas, it’s just happening because it’s happening all around us. I’m part of the stew. And to see people respond to that and some of them getting a little teary and it’s quite moving just to see their reactions.”