PORTLAND, Ore. — The paintings of Otis Kwame Kye Quaicoe can stop you in your tracks. The piercing eyes, the bold colors, and the sheer scale of his portraits convey pure power, which is all by design.

It’s very important that when you are painting a Black subject, that they look “powerful enough to motivate them to feel confidence in themselves, to feel proud of who they are,” Quaicoe said.

Quaicoe studied painting at Ghanatta College of Art and Design in Accra, Ghana. While there, he was fascinated by classic portraits of the past.

“It all goes back to the old masters,” he said. Their paintings have always shown “very powerful people that have a certain status in life.” But he never saw Black people that were portrayed so majestically. Today, as a painter, his portraits are a way of correcting that.

“It’s my way of sort of rewriting history,” he said. “We also tell our own stories, how we want to be seen.” 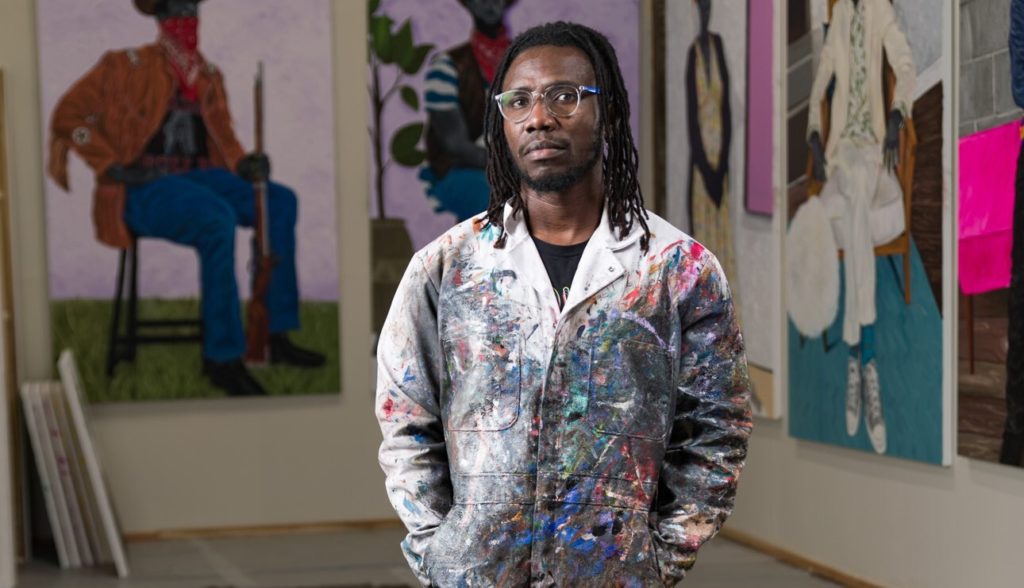 In 2017, Quaicoe moved to Portland, Oregon, to be with his wife Jessica. He was painting nonstop but was having a hard time finding any place to show his work. He’d taken a job at FedEx to make ends meet. But then, in November 2019, he got a call from Amoako Boafo, an old friend from art school, and a fast-rising star in the painting world. Amoako invited Quaicoe to join him for a residency in Los Angeles. That residency led to a solo show at the prestigious Roberts Projects gallery in 2020 — a show that sold out before the doors even opened. “I was blown away,” Quaicoe said. “I wasn’t expecting people to love my work that much.”

The show was titled “Black Like Me,” reflecting Quaicoe’s experience moving to the U.S. “Once you get here, you are Black,” he said. “No one says, ‘Oh, look at that African,’ because nobody knows that I’m Ghanian, all they see is my black skin.”

His arrival in this country led him to create a show that spoke to the shared experience of Africans and African Americans.

His work often portrays friends he’s met in Portland, painted in a very American setting, but with some African elements brought into the scene. Some of his backgrounds show a heavy application of paint, a look that draws from mud houses in Ghana’s Northern Region where people build their own homes using thick mortar and clay applied by hand.

“Any time I get the opportunity to go there,” Quaicoe said, “I just rub my hands on the house, just to get the feeling of it.”

Success at his recent shows has given Quaicoe the space to just paint, creating new work for several upcoming high-profile shows. It’s also attracted media attention from the likes of Vanity Fair, Artnews and Art Forum, a fact that Quaicoe mostly tries to ignore.

“For me, it becomes a little bit distracting — you don’t want it to get in your head. Because it’s like, you are still a work in progress. That’s what I always consider myself. I always say that I’ve not done my best. But sometimes you have to enjoy the moment a little bit. Yeah, it’s nice.” 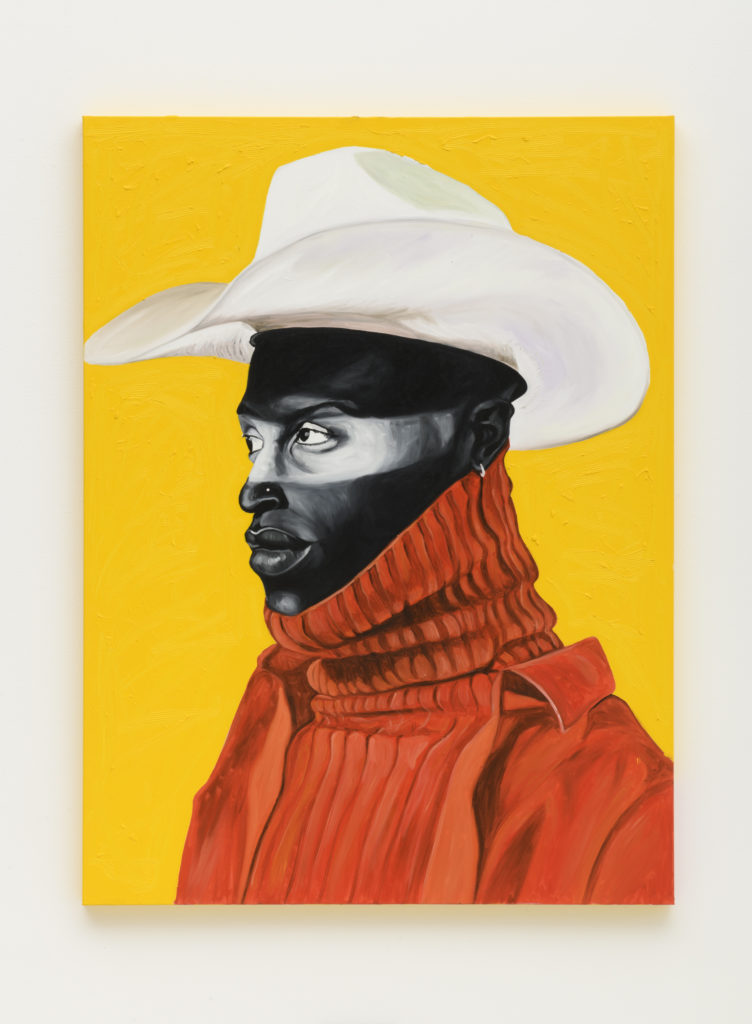 “Side profile of David Theodore,” 2019. Photo courtesy of the artist and Roberts Projects, Los Angeles, California. Photo by Alan Shaffer