OVERLAND PARK, Kansas — Tucked away in a corner of downtown Overland Park, Kansas, is a 5,000-square-foot building dedicated to local artists.

The nonprofit organization that calls this space home is the InterUrban ArtHouse, which has for years provided affordable studio space for artists, often from marginalized and underrepresented groups, to feature their work.

The art space displays exhibits throughout the year that feature artwork from women, black, queer artists, among others, “to make sure everyone feels like they have a platform and a place to be seen in all ways,” InterUrban ArtHouse operations manager and curator Wolfe Brack said. During the pandemic, a virtual exhibit could allow these artists to have a larger audience, he added. 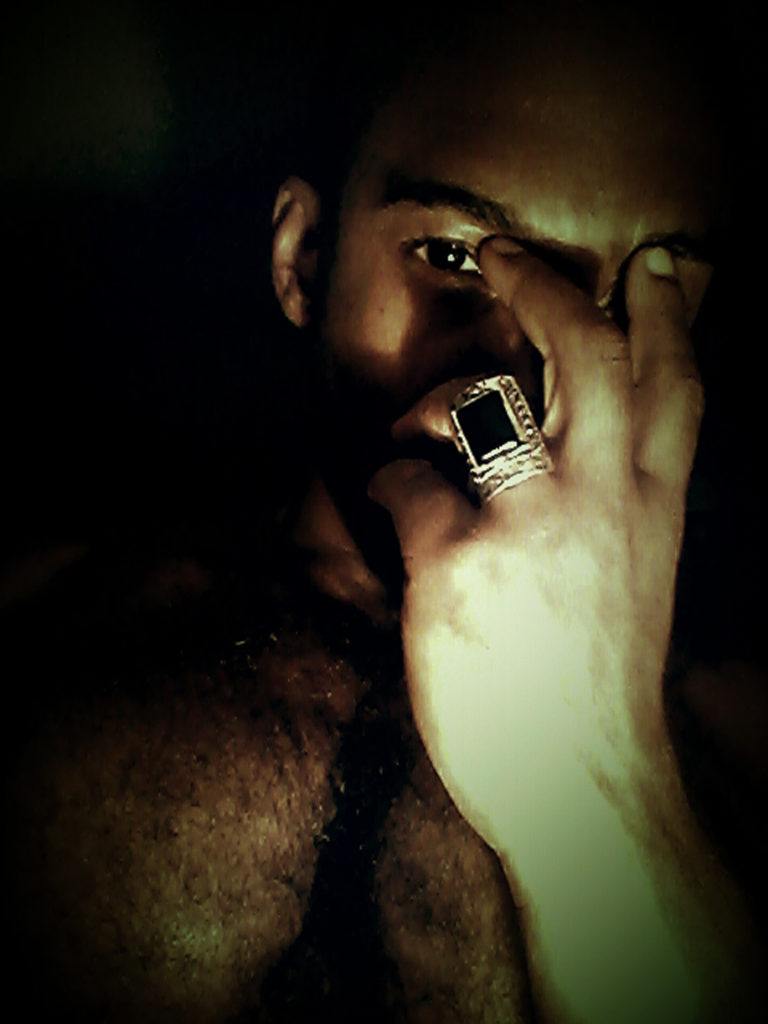 “Black 1” by Jacory Deon Harold (2016). This photo is part of his “Black Portraits” series. Harold’s photography will be featured by InterUrban ArtHouse’s digital exhibit.

The event, which starts at 7 p.m. CST, can be found on the InterUrban ArtHouse’s official Facebook page. Kicking things off will begins with a livestreamed concert featuring non-binary singer-songwriter Ivory Blue. Blue is a performer whose music, according to their Facebook page, “is a passionate fusion of full-bodied rock with a dash of pop hooks and a healthy dose of swagger.”

The InterUrban ArtHouse website will host a digital gallery of artwork from 11 artists. In addition, organizers will highlight a different LGBTQ visual artist on its Facebook page and Instagram account for the duration of the exhibit, which ends July 31. The exhibit will also include: photographer Jacory Deon Harold, whose work explores themes around black queer identity, and April Marie Mai, who uses bright colors and multiple textures to create abstract artwork. 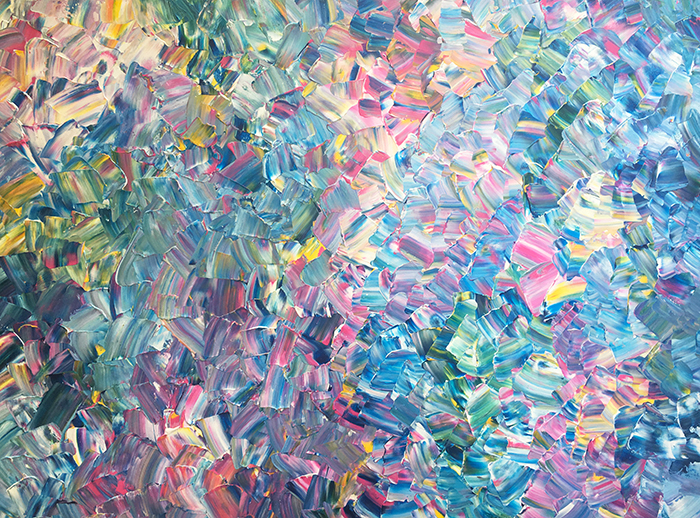 “Twirl Cloud” by April Marie Mai (2019). Mai will also be featured in the exhibit.

Artist Joe Bussell will be presenting his newest work, “Bright Black,” a series of abstract paintings. Bussell told KCPT’s “Flatland” in an email that he made the acrylic paintings after the 2015 landmark Supreme Court decision that ruled in favor of same-sex marriage, a moment, Bussell felt, was like “the LGBTQ community were officially coming out of the shadows.” 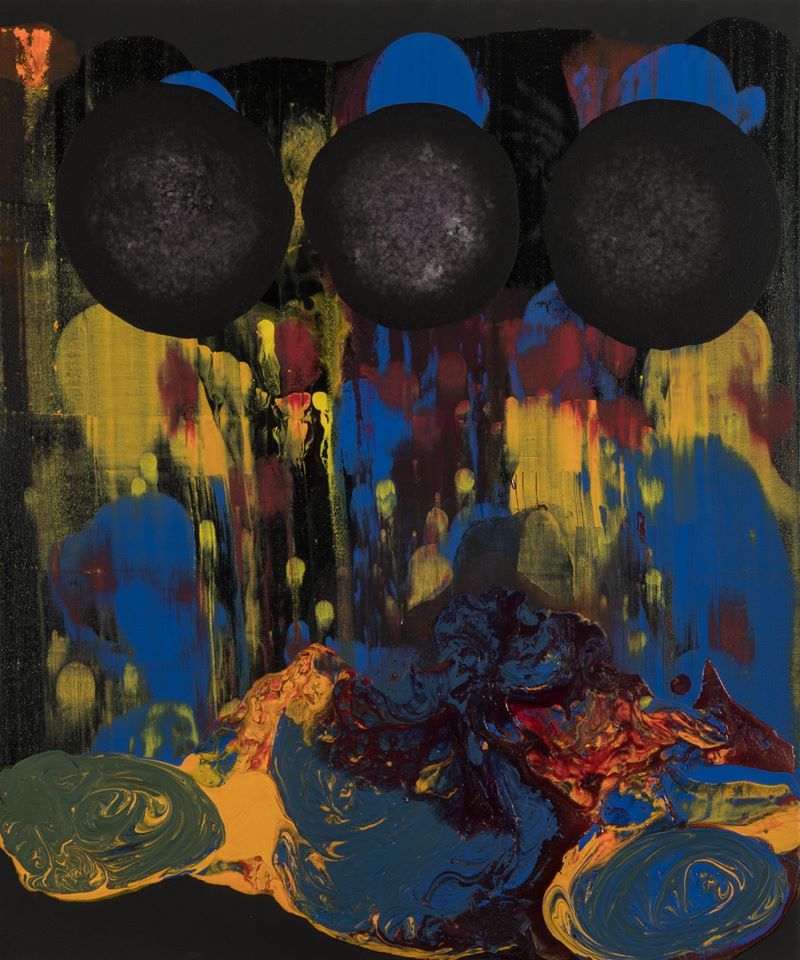 Bussell said the paintings, which were inspired by “the flickering autumn days, eerily lit winter nights, fluorescent spring mornings and shiny summer afternoons,” were completed after his eye surgery. “I also felt I was coming out of the shadows and began to relish natural light,” he said.

For Bussell, who has previously worked in an AIDS hospice years ago, artmaking is “inextricably connected to my life as a politically active, gay man.”

Related Content
Arts & Culture
How LGBTQ generations born before Stonewall navigated life, in 4 stories
Arts & Culture WHYY Pennsylvania
This ‘Gayborhood Guru’ shares LGBTQ history so it will be ‘harder to erase’
Arts & Culture
YA literature has more LGBTQ characters than ever. Here are 5 books to read
Arts & Culture
‘No homeland, no fear’: A conversation with the radical art collective that imagines a borderless America
Top Stories
Music
Pervis Staples, member of famed Staple Singers, dead at 85