DENVER — The objects in Ken Hendricks and Larry Patchett’s photographs are much smaller than they appear.

When the two friends started experimenting with forced perspective photographs two years ago, their first project was a scene with an ice wagon. Patchett, the set designer in their collaboration, found tiny blocks of ice and made a set of ice tongs out of paper clips for their first photograph together.

“It’s the additional touches that makes [the photo] time-travel and fools your eye,” Patchett said. 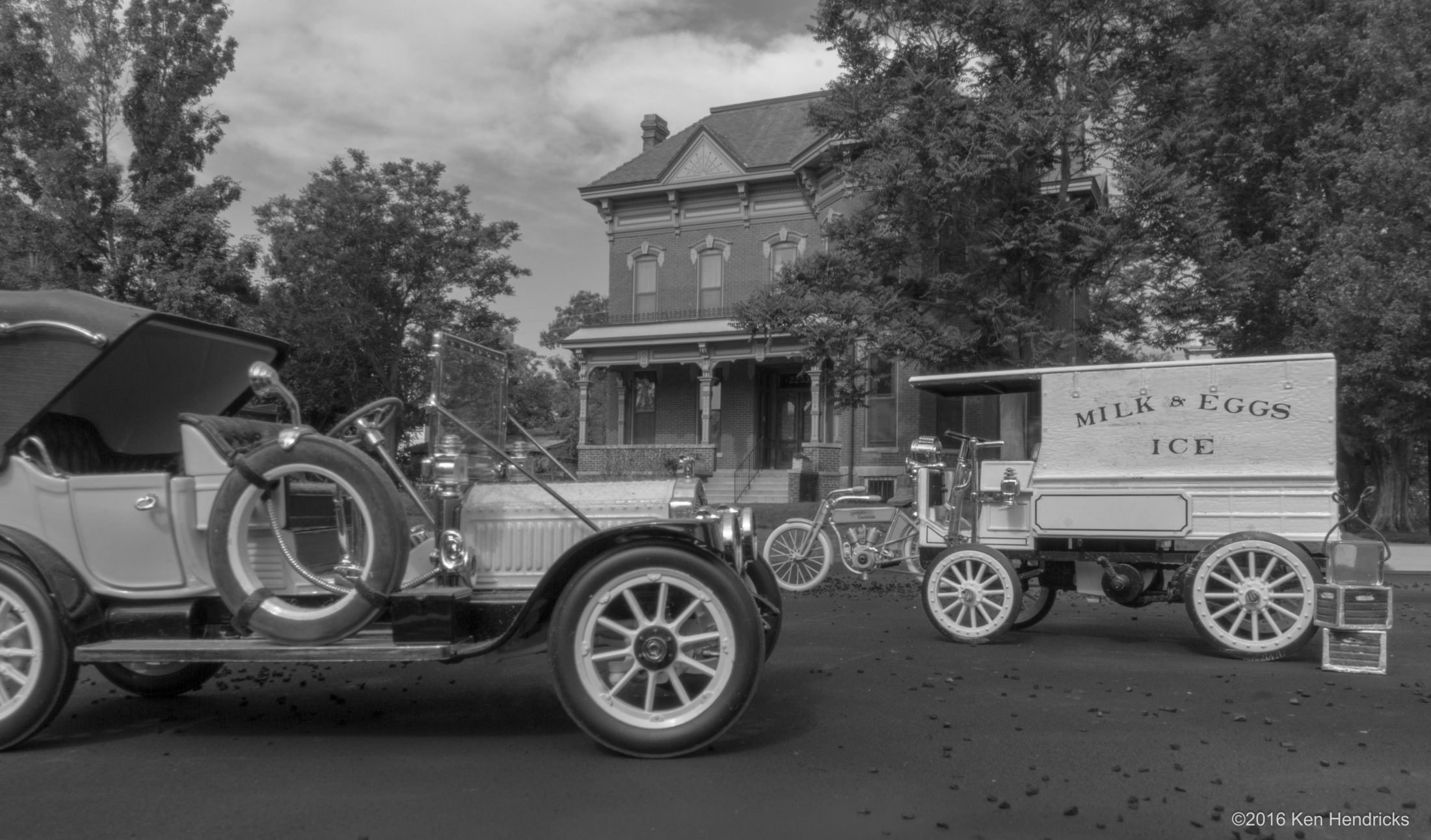 The duo’s first attempt at a forced perspective photo. Photo courtesy of one24thscale 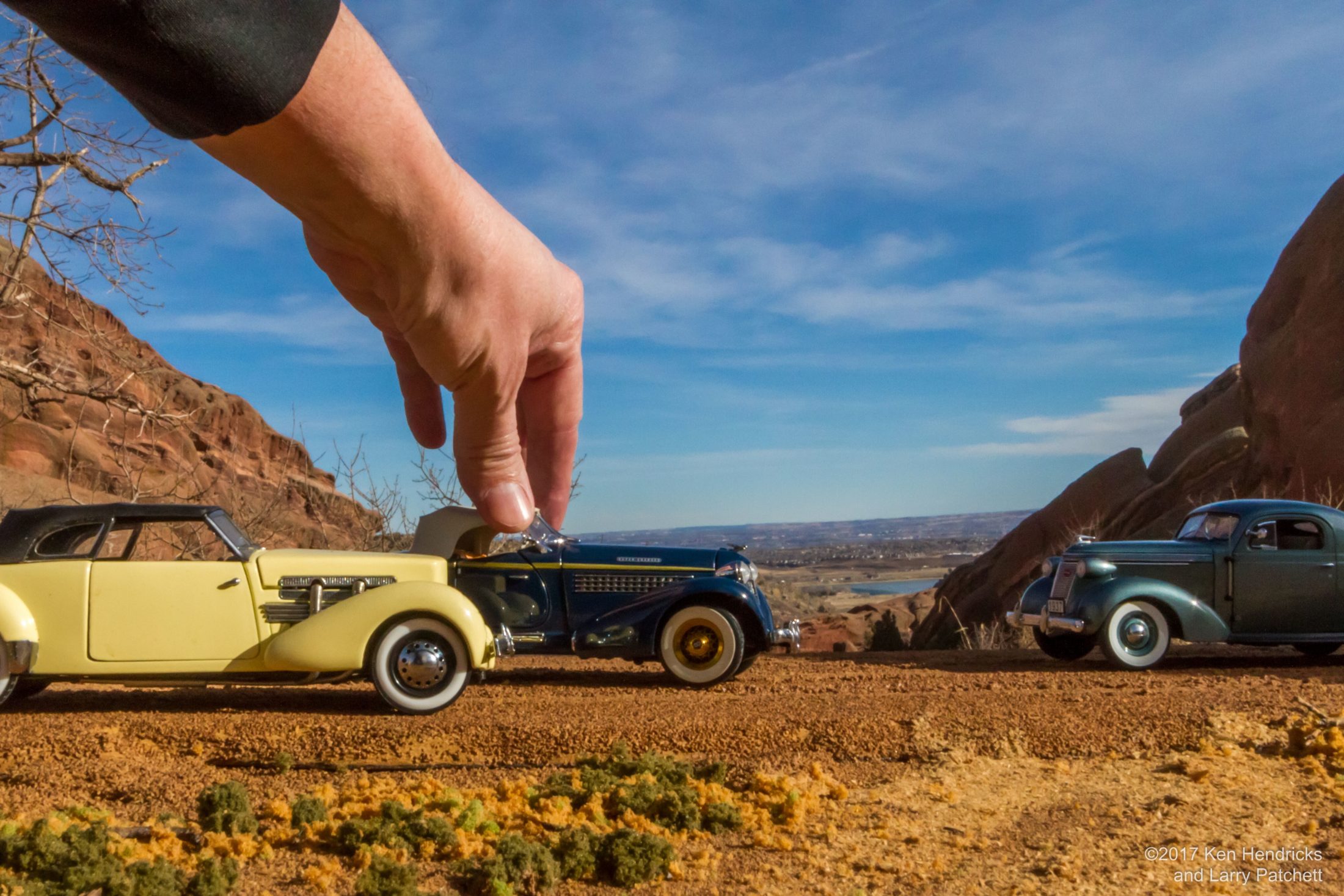 A behind-the-scenes look at one of Ken Hendricks and Larry Patchett’s shoots. Photo courtesy of one24thscale

Hendricks and Patchett have been friends for almost two decades, and this photography project combines their shared love of the art form with old cars and nostalgia for bygone eras. Their tiny models simulate large-scale scenes, making them look as real as possible. A wide-angle lens creates a depth of field that completes the illusion. 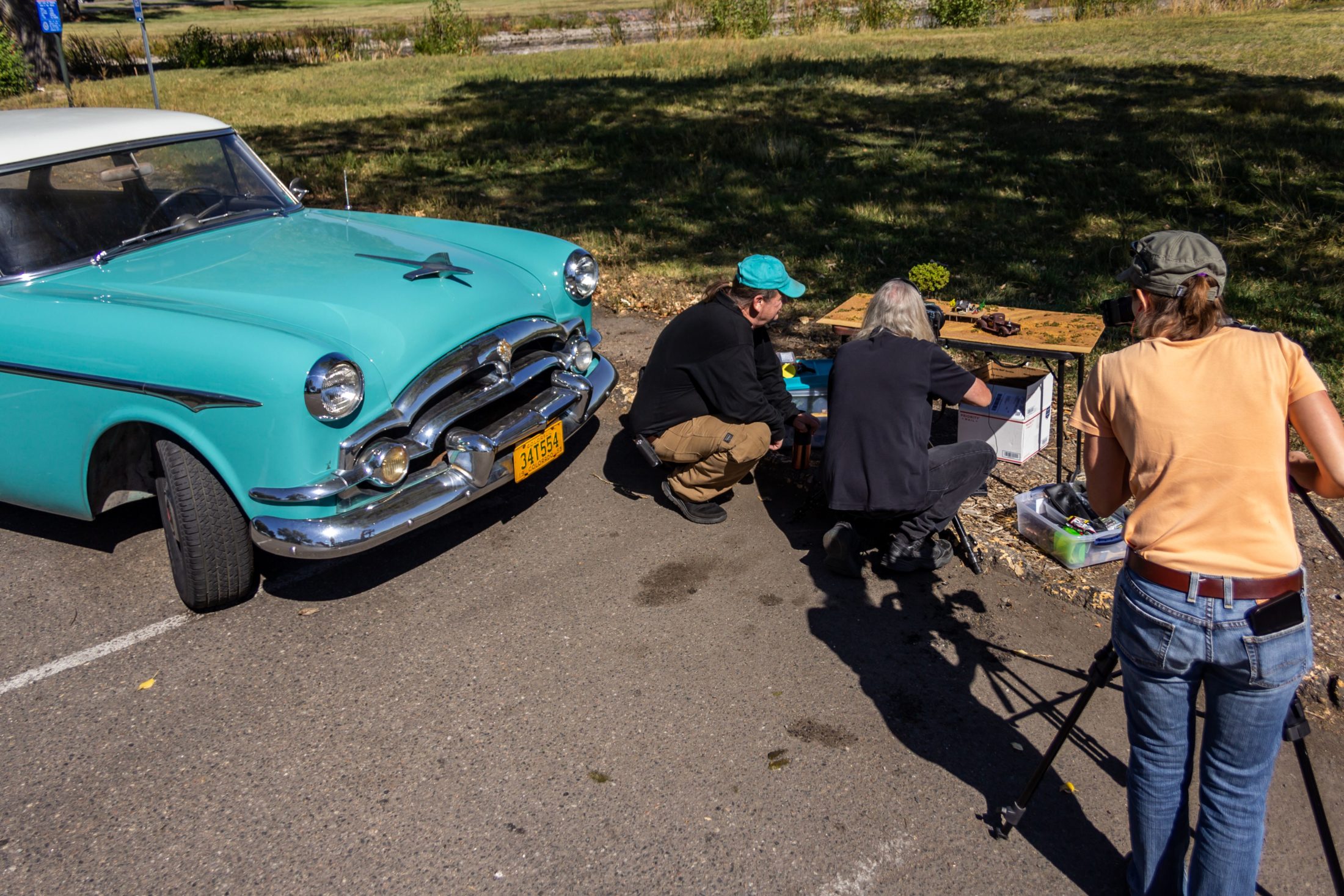 Ken Hendricks and Larry Patchett work on setting up for one of their forced perspective photos. Photo by Marci Cox, courtesy of one24thscale

The Colorado light and sky and the detailed attention to the props are what also sets their work apart. They often take photos of backgrounds that showcase Colorado’s natural beauty, places like the famous Red Rocks Park, downtown Denver, and neighborhoods that still embrace the retro vibes of the decades the duo loves.

“We want people to travel back to that time with us. Remember what it used to be like. We’re using models from the ‘30s, ‘40s and ‘50s and setting up in front of buildings that were around at that time. We try to make everything as authentic as possible,” Hendricks said. “Some of these photos we take just bring back memories.”

Remember Star Wars where there was a little Princess Leia hologram or the holodeck in Star Trek? Hologram technology is…

One of Cuba's most celebrated avant-garde painters, Mariano Rodríguez, was a prolific 20th century artist whose exposure in the U.S.…