360 video: Walk through Florida’s natural lands with a conservation photographer

MIAMI — As a conservation photographer, Carlton Ward Jr. has a vested interest in preserving Florida’s natural lands. As an eighth-generation Floridian, it’s a bit more personal.

In 2010, Ward helped create the Florida Wildlife Corridor, a program that wants to create a permanent ecological corridor that connects Florida’s protected lands. Although conservationists have made great strides in protecting approximately 10 million acres of Florida’s lands, the areas are still fragmented across the state. By joining existing national parks, wildlife management areas, ranches, preserves and more, the Florida Wildlife Corridor hopes to conserve one continuous habitat for endangered species, and protect key water sources.

Ward worries that without additional conservation efforts, “the unintended consequence of that development will be chopping up our existing natural areas into smaller and smaller pieces.” 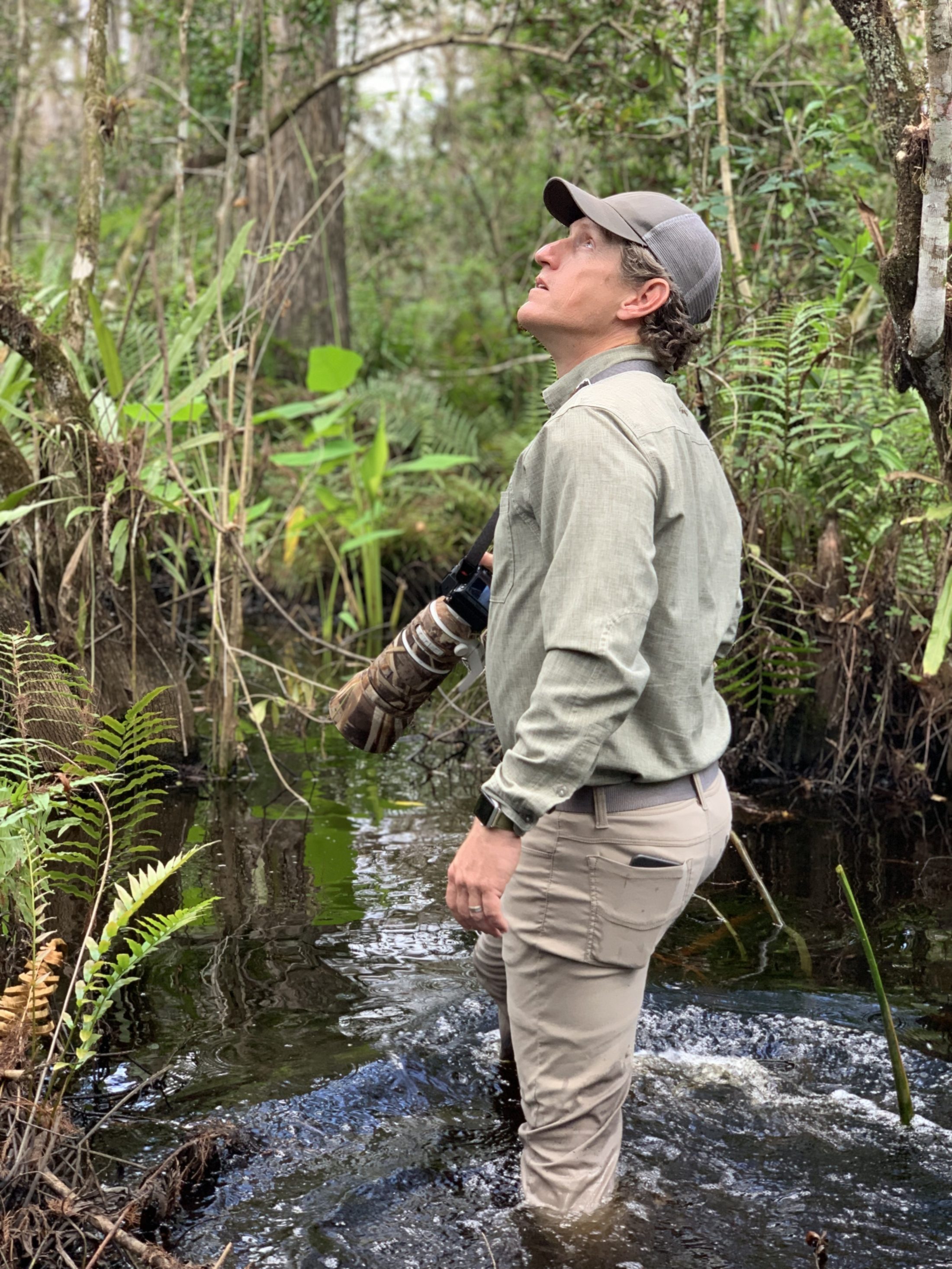 “And what happens when you turn a natural area into a smaller area, it basically becomes a zoo without bars,” he added.

For the past 15 years, Ward has focused his lens on his home state to raise awareness for this and other conservation issues. He’s regularly in remote parts of the state, checking camera traps, paddling through swamps, and capturing the beauty of these rugged landscapes. He hopes that by showcasing these lands, he’ll help to connect Floridians to areas that are often overlooked.

“I want everyone in this state, when they think of beauty, not just to think of the Rocky Mountains, or Yellowstone National Park, or the coral reefs along Florida’s coast, but also these diverse and vital landscapes of Florida’s interior,” he told South Florida PBS.

Ward takes it a step further in this 360 video, as he leads the viewer into some of the unique landscapes that make up the Florida Wildlife Corridor. From an underpass beneath Interstate 75, to the middle of Audubon’s Corkscrew Swamp, to wading through Fakahatchee Strand, Ward shares how these habitats are all interconnected, and why they deserve to be protected for generations to come.

Will the Olympics ever truly welcome nonbinary athletes?

Will the Olympics ever truly welcome nonbinary athletes?