How this artist’s transformative work reimagines the female form

NASHVILLE, Tenn. — A solid female torso in a classical pose drips on its pedestal. A ghostly, white figure seems to melt while it floats in the air. A mountain spiders out from a woman’s outline at its peak, while it dissolves at its core. Artist Diana Al-Hadid’s work likes to play with matter in-between two states.

The artist is interested in how materials can transform before your eyes depending on what details you choose to focus on, such as the wetness — or the solidity — of plaster. Al-Hadid says she uses her materials as “connective tissue” to pull the image together, describing her work as “a cross between fresco and tapestry.” 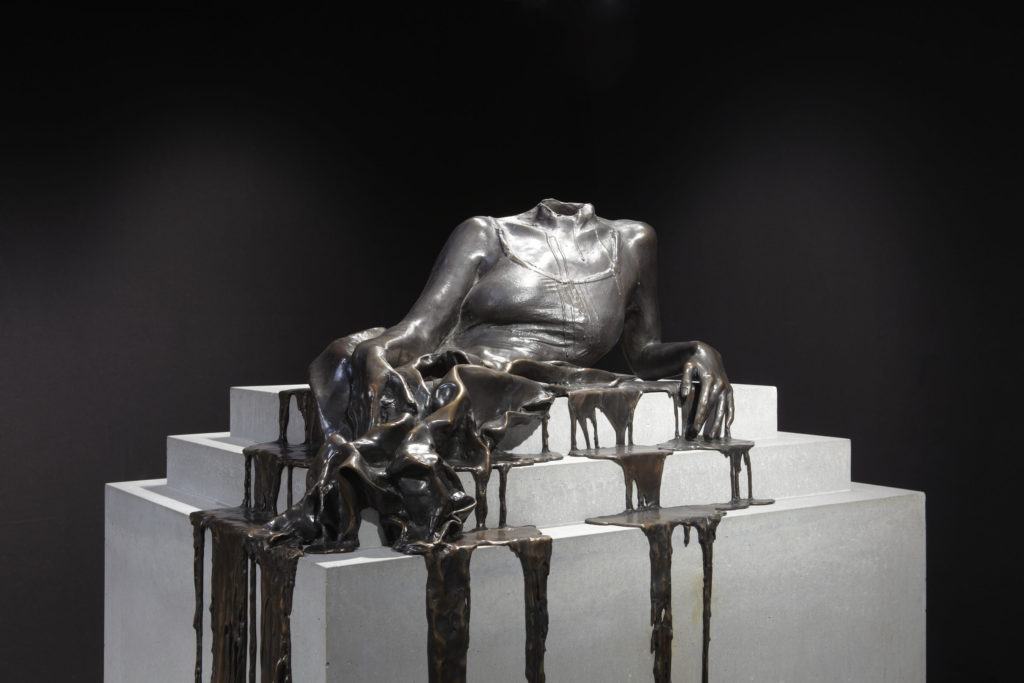 Now an exhibit of her work called “Subliminations” is on view at the Frist Art Museum and Cheekwood Estate & Gardens in Nashville, Tennessee. Her works explore the transformation from one state into another — like from liquid into gas. Her use of the metaphor of transformation also reflects her thoughts about representations of women in art.

In “Lionless,” Al-Hadid plays with the art history trope of treating women as part of the scenery. In the piece, she riffs off Hans Memling’s painting “Allegory of Chastity,” which depicts a young woman surrounded by crystal mountain peaks that rise up to her waist like a skirt, and a pair of lions protectively perched nearby. The painting “Lionless” is Al-Hadid playfully shaking up the painting by removing the lions that guard the woman and dissolving the mountain around her. 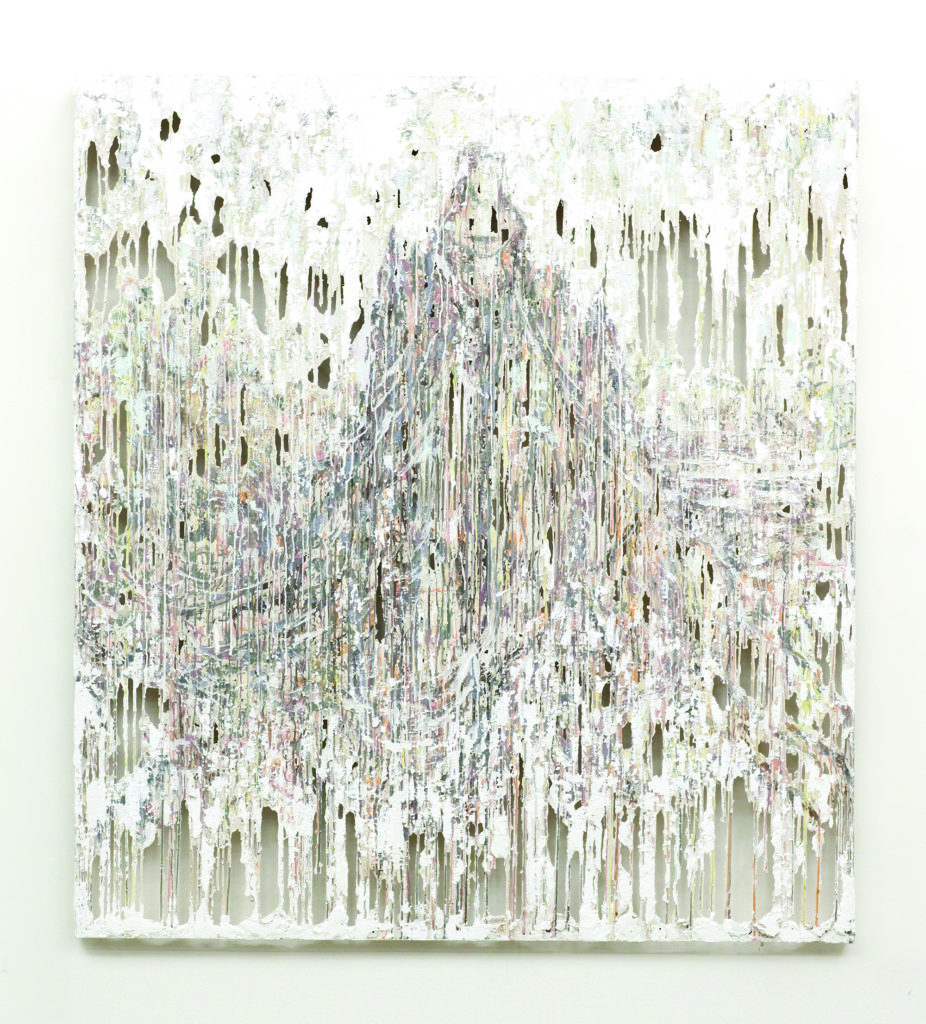 “It’s a really bizarre painting,” Al-Hadid said of Memling’s painting. “I’ve been working with that image and kind of examining that relationship of women treated as landscapes or imagined as landscapes.”

Al-Hadid said that the woman in the Impressionist painting didn’t read like a victim to her and instead was “kind of corking a volcano, and she’s very poised and seems comfortable and confident.”

Related Content
Film & TV
A short history of Chinese American women on screen, from Celeste Ng
Books
‘Shame takes our bodies away from us’: Read an annotated page from ‘The Power’
Music
‘We did it ourselves’: Singer iLe on why she’s a voice among Puerto Rico’s uprising
Arts & Culture
At 80, Judy Chicago isn’t done with the mysteries of life and death
Top Stories
Music
McCartney, Swift to induct new members into Rock Hall