How this artist’s clay tablets heal past wartime wounds

PORTLAND, Ore.– Thomas Orr has been creating stunning ceramic pots and sculptures for more than 40 years.

Recently he has worked on a series called “War Tablets,” which draws on his experience fighting in Vietnam. The tablets are thick clay slabs with baked-in archival images from his time in Vietnam.

“We all have wounds,” Thomas said. “They’re just different wounds. And if you work with your wounds, and I work with mine, when I see your work it touches me.” 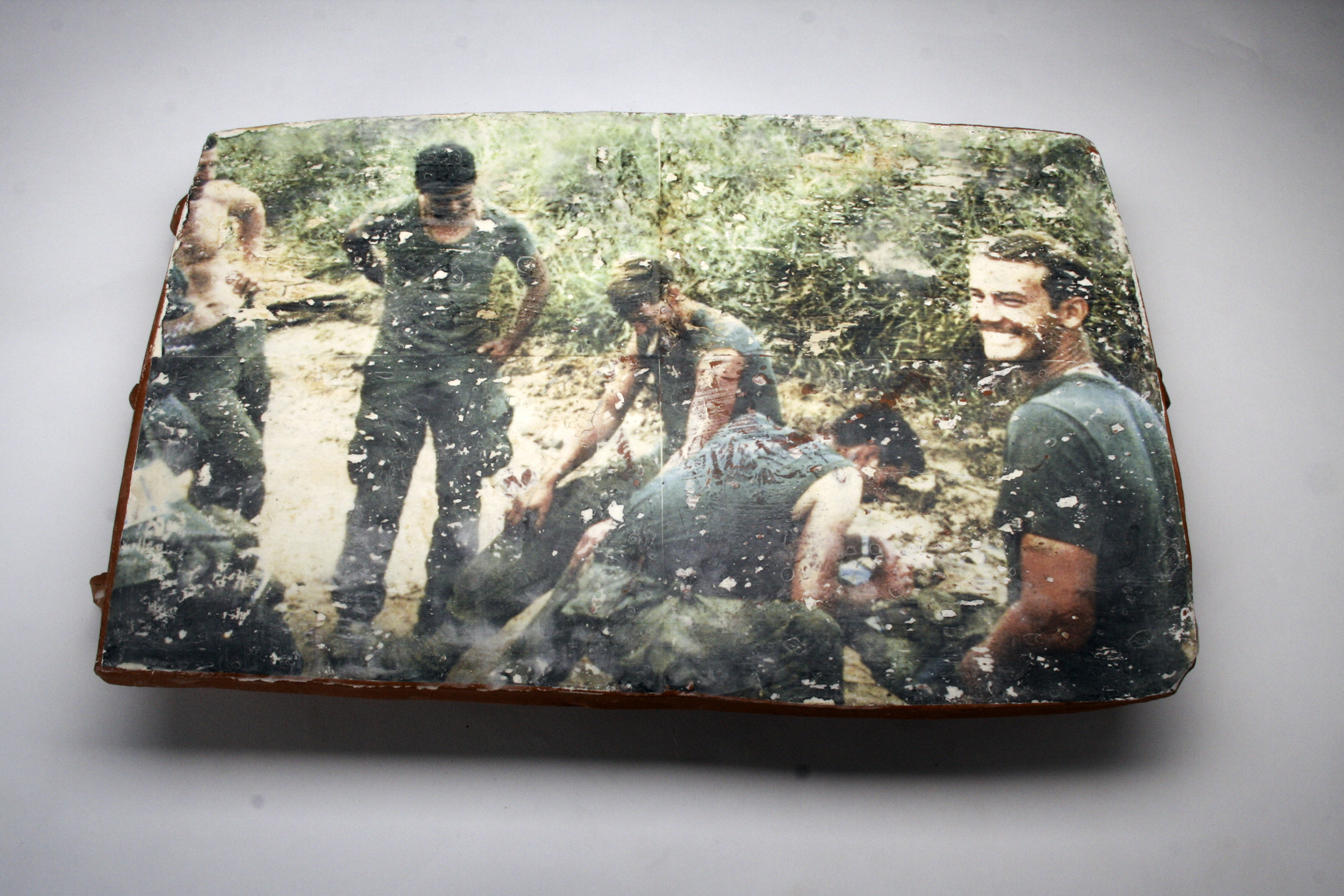 One of Thomas Orr’s completed “war tablets.” This tablet in particular, Orr said, captures “some happiness in a sh*tty situation.” Photo courtesy of Thomas Orr

Orr received his MFA from the Claremont Graduate University in California before moving to Portland in 1995. He became the head of the ceramics department at Oregon College of Art and Craft, where he worked for the next 18 years. Orr, along with his wife Joanna, started the Ash Street Project Emerging Artist Program to train and mentor budding artists in their Portland, Oregon, studio.

Books
A book that teaches children ‘Why We Stay Home’

The uncertainty of the coronavirus pandemic has upended the daily lives of children across the globe, leaving parents and caregivers…

During the pandemic, we've profiled front-line workers whose jobs have been deemed essential. One such employee is Savoya Taylor, a…