How Gordon Parks and his camera immortalized Muhammad Ali

KANSAS CITY, Mo. — In the Sept. 9, 1966, issue of Life Magazine, readers flipped to a close-up image of Muhammad Ali doused in sweat, looking just past the lens of Gordon Parks’ camera.

The image captured the champ at a crossroads. Before that shutter clicked, Ali had won an Olympic gold medal, defeated Sonny Liston in a title fight, and converted to Islam. The photo, however, was taken amid controversy over Ali’s draft evasion and his ultimate ascent to sports immortality.

That photo, along with several never-before-seen images of the American heavyweight champion, Olympic gold medalist and activist, will be on display in the Nelson-Atkins Museum of Art in Kansas City, Missouri, starting in February 2020. 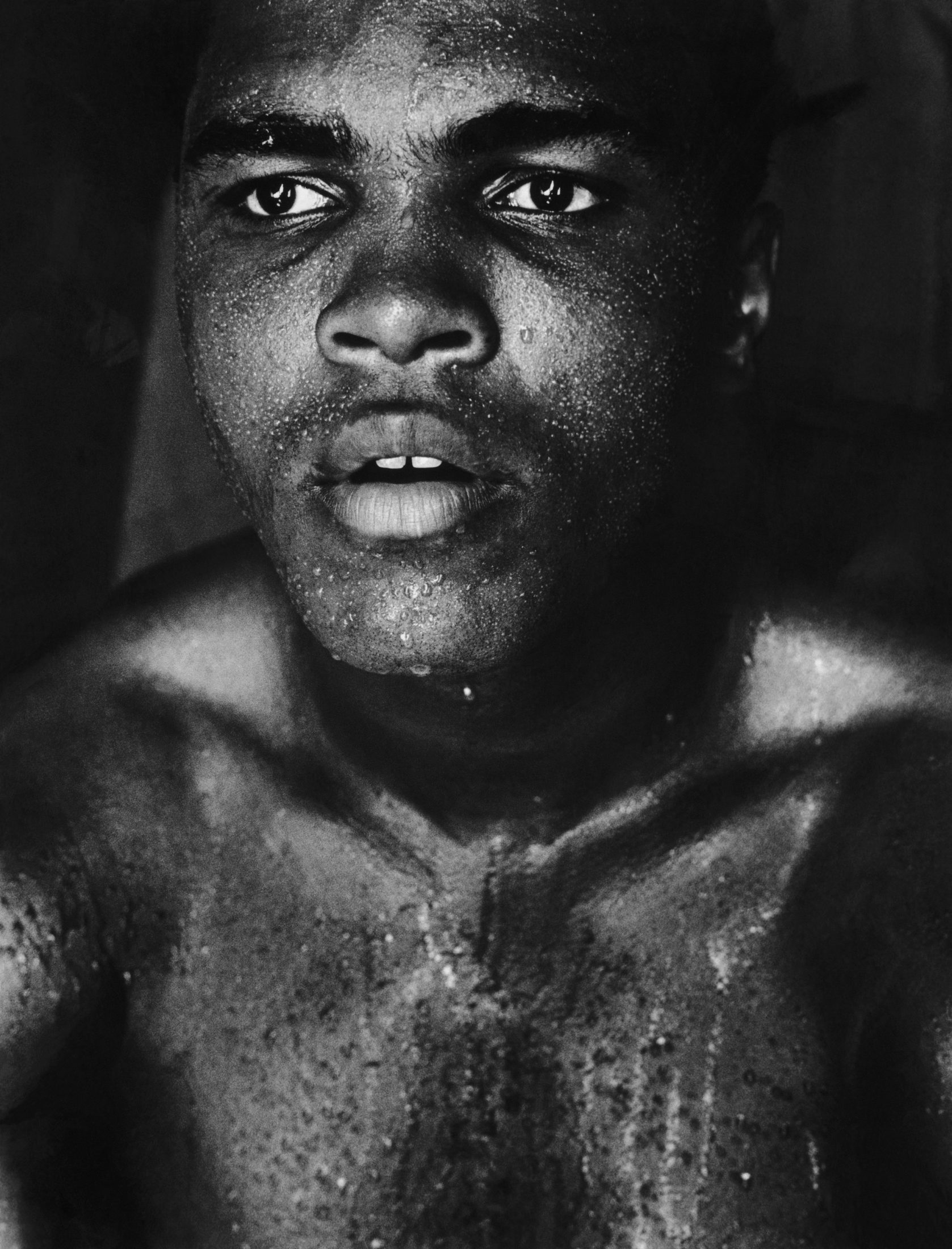 Parks’ photo of Ali that appeared in the 1966 Life magazine profile, titled “The Redemption of the Champion.” Photo courtesy of The Gordon Parks Foundation

Titled “Gordon Parks x Muhammad Ali: The Image of a Champion, 1966/1970,” the exhibit will feature photographs from the self-taught photojournalist’s two assignments covering Ali for Life.

The collection will take museum-goers back to a formative period in Ali’s life for him both as a boxer and activist. Parks, a native of Fort Scott, Kansas, profiled Ali in 1966, when the heavyweight champ was at the center of controversy when he refused to be drafted for the Vietnam War for religious reasons. Four years later, Parks was once again behind the lens while Ali trained for a match against Jerry Quarry in 1970.

The decades-old, black-and-white images of the icon should delight fans of photography and sports alike. But the collection goes even deeper, exposing a shared struggle between the fighter and photographer.

“Gordon Parks and Muhammad Ali were highly celebrated and influential cultural figures,” said Julián Zugazagoitia, Menefee D. and Mary Louise Blackwell, CEO and director of the Nelson-Atkins. “Though they had different generational experiences, both men struggled against bigotry and prejudice in their fight for social justice and civil rights, and they both had a keen understanding of the media’s power to shape public opinion.”

The exhibit also emphasizes how Parks used his platform in Life “to shape a sympathetic vision of Ali at a time when many Americans, particularly Life magazine readers — the demographic for Life was for the most part white and middle class — were very conflicted about how they might feel about him,” said April Watson, photography curator for the museum. 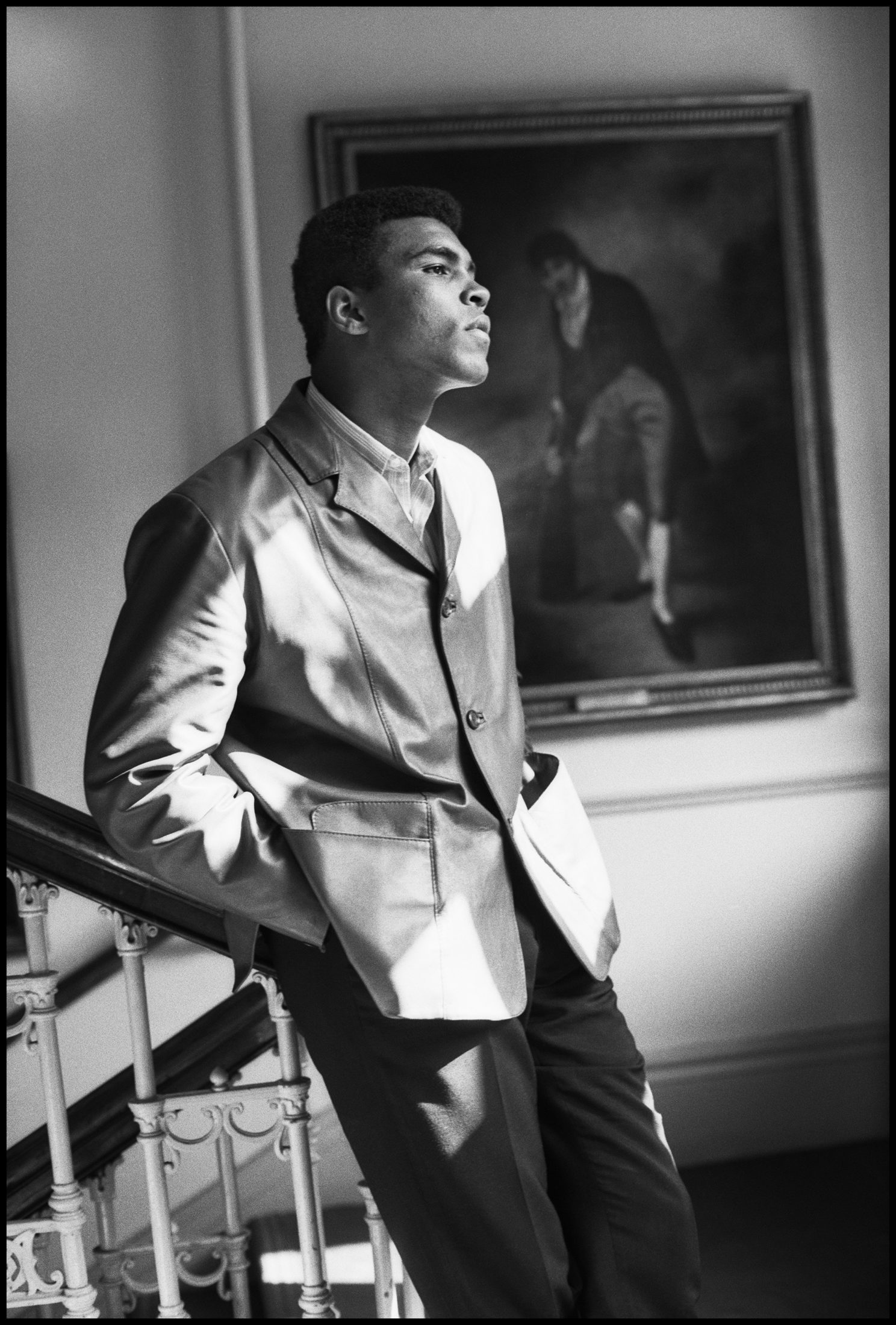 Parks was on assignment with Life for more than 20 years, where he became best known for projects focused on racial segregation, poverty and sports, along with in-depth, emotional profiles of prominent figures like Malcolm X, Barbara Streisand and Stokley Carmichael.

Life’s 1966 Ali profile, titled “The Redemption of the Champion,” demonstrates both Parks’ exceptional ability to capture raw human emotion in his photographs, along with his conscious effort to raise a mirror to the magazine’s readers. The project’s photos, many of which went unpublished, will be included in the Kansas City exhibit next year.

Watson said the exhibit packs a thought-provoking punch that remains relevant in 2020.

“There are a lot of resonances with today, particularly if you think about people like Colin Kaepernick or Serena Williams — how African American athletes in particular are treated by the media, or are able to use the media to their advantage,” Watson said. “We are well past the era of Life magazine, but I still think that these core issues of how one’s public image is shaped … is still very relevant.”

“What you see coming across, particularly in these photos of Ali, is a kind of intimacy and you get a fuller picture of who Ali was as a person,” she added.