CLEVELAND — A message of unity from a half century ago is taking on new relevance.

In 1969, artist John Morrell wanted to promote brotherhood. His downtown Cleveland mural, called “Life Is Sharing the Same Park Bench,” depicts four people of different races, genders and ages, all sitting together on a bench. It’s a message that has endured for decades. 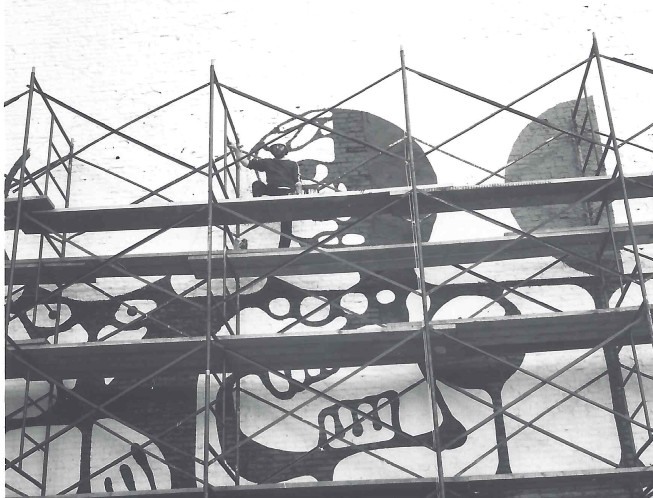 “He was getting death threats from people that they were going to shoot him off the scaffolding,” he said. “They did not want that Black figure on there. They were literally calling up the house and threatening him.”

His father painted the mural in 1969 as a tribute to Carl Stokes, the first Black mayor of a major American city. Stokes’ election in 1967 had brought the eyes of the nation to Cleveland, especially after the devastation of recent racial uprisings across the country.

Stokes’ son Cordell said his father’s victory was a moment of optimism in troubled times.

“The optimism came from his belief that, in America, a Black man can be elected in a majority white city,” Stokes said. 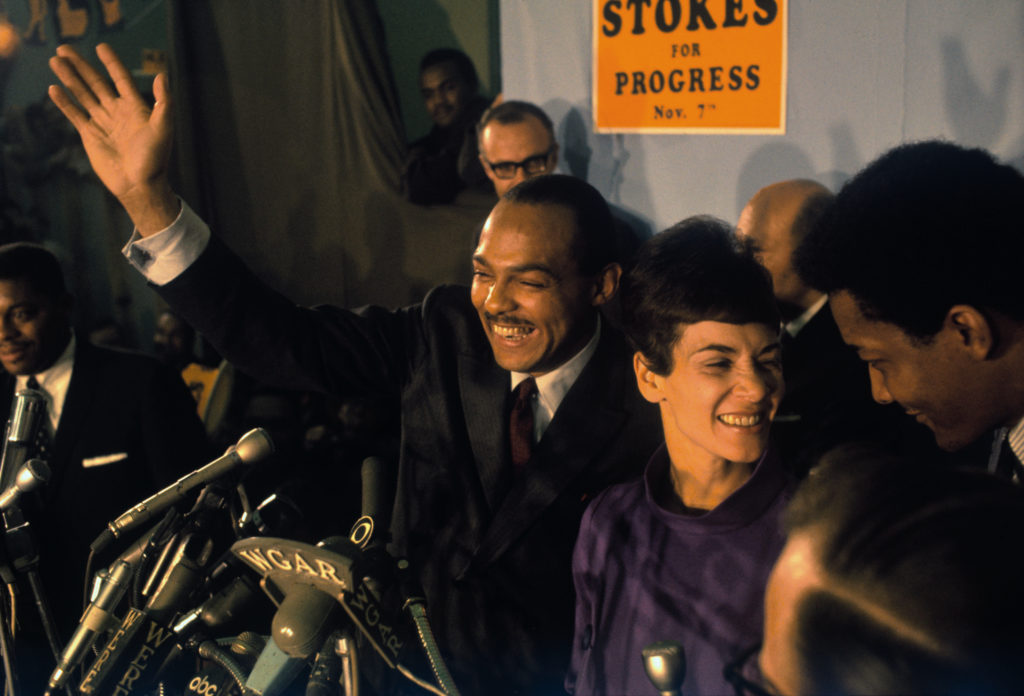 In this photo, Carl Stokes celebrates with his wife, Shirley, at his campaign headquarters after winning the 1967 mayoral election by a narrow margin. Photo by Getty Images

The idea to celebrate that spirit came from a man who was the creative director of an advertising agency. But, Morrell also used his skills to design graphics for a number of social and educational causes. Katy Panasiewicz, Morrell’s daughter, said he was a strong believer in the power of art to move people.

“He believed in public art. He wanted the public to see all art. Everybody should enjoy art and should be able to see it — no matter what,” she said.

He figured that a painting of four different people sitting together, 30-feet high, on the side of a building would be seen by a lot of people.

“He found the building,” Panasiewicz said. “They went in, and they asked the owner, ‘Would you mind if I put this on this wall?’ And the guy’s like, ‘Okay.'” 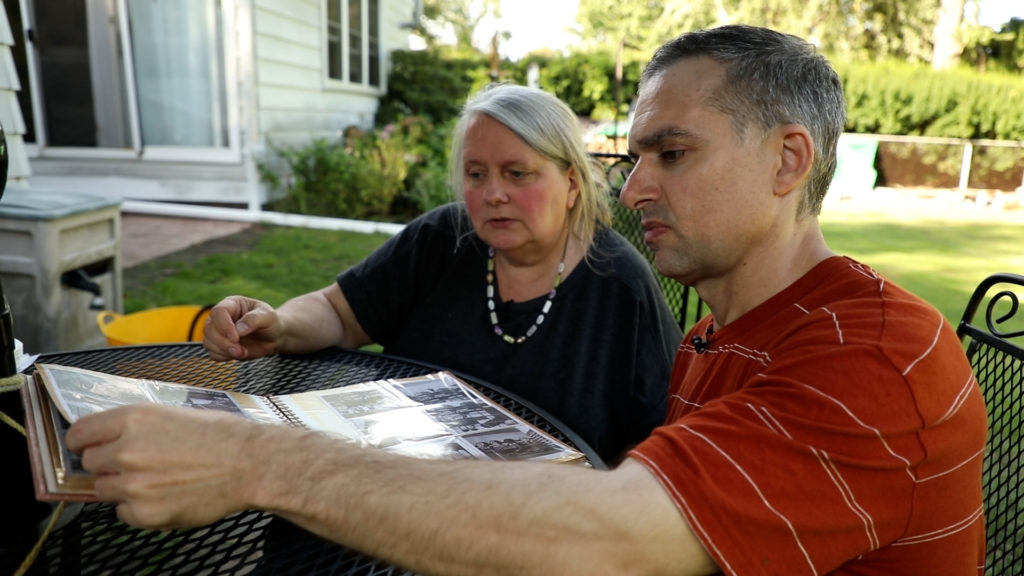 Morrell not only wanted the public to see the mural, he invited passersby to come up on the scaffolding to help paint.

“And nowadays, I don’t think you could, just for legal reasons.” Panasiewicz said. “But, people would just climb up and slap a little paint on. He didn’t really care if it was perfect.”

Carl Stokes dedicated the mural on June 7, 1969. The festivities included an eclectic group of Cleveland area cultural performers, ranging from Native American dancers and a Karamu ensemble to a Latino vocal group and the Cleveland Banjo Club.

Looming over the proceedings were the four people on the park bench, who have remained on that wall for more than a half century.

“I think it’s a really wonderful example about the sort of integrity and the sort of longevity and the importance of this piece,” said Greg Peckham, executive director of the public art agency LAND Studio. 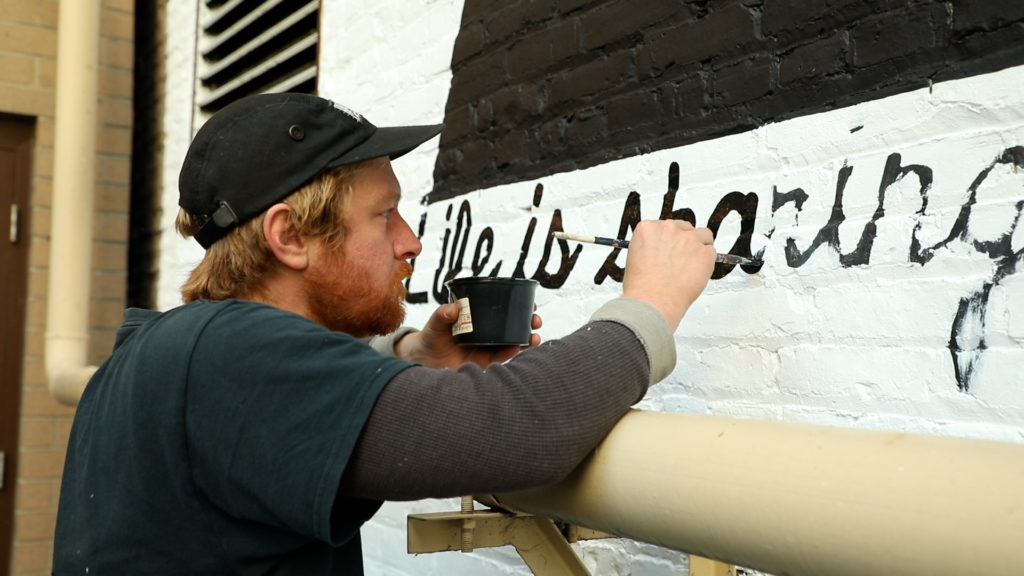 LAND sponsored a rehabilitation of Morrell’s mural weeks ago, including a fresh coat of paint, new landscaping and the installation of new park benches.

“The significance of the park bench still resonates,” said Cordell Stokes, adding that the message of the mural that his father inspired has only gotten stronger, even though sometimes it seems out of reach.

Stokes said, like his dad, he remains an optimist but also a realist.

“Well, I’m optimistic the fight’s going to continue,” he said.