HOUSTON — What’s the coolest thing you’ve ever built with Lego bricks? Odds are artist Nathan Sawaya has got you beat.

The New York City-based artist uses tens of thousands of the ubiquitous and colorful building blocks to create whatever his imagination desires, and the results seen in his exhibit “The Art of the Brick” are breathtaking. 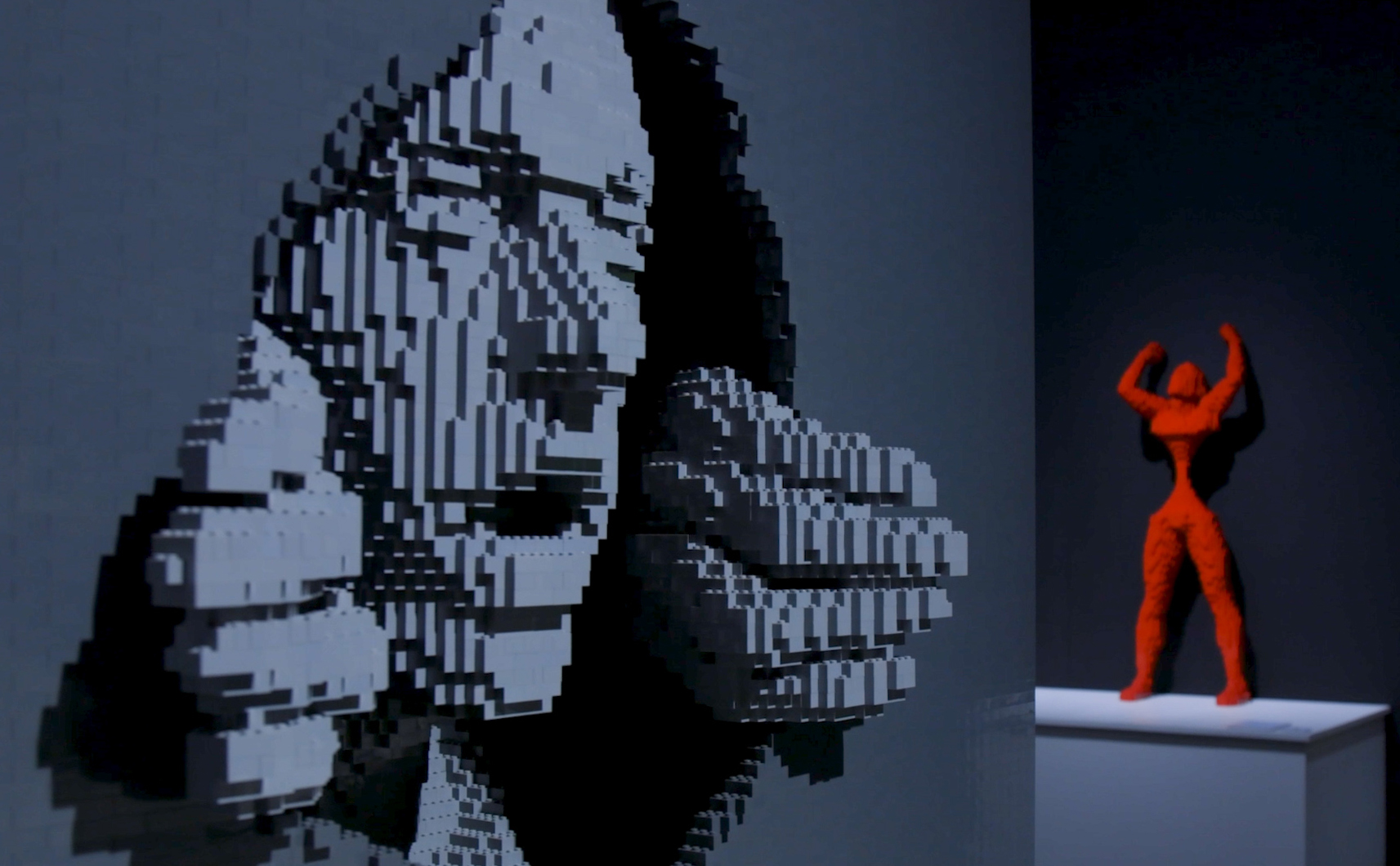 In the foreground is Nathan Sawaya’s “Gray.” Photo by Matthew Brawley/Houston Public Media

From a pencil as tall as a person, to a T-Rex that looks like it could eat a car, Sawaya took “a basic medium that people don’t think about as being high art” and turned it into a series of magical sculptures, said Nicole Temple, a curator at the Houston Museum of Natural Science (HMNS).

Sawaya has been honing his skills as a Lego sculptor for 20 years, since leaving his career as a lawyer to become a full-time artist. The transition was not without its difficulties, but the turmoil that surrounded his career change ended up inspiring one of his most memorable works. “Grasp” depicts a vibrant red figure— representing the artist himself– attempting to pull away from a drab, gray wall, while disembodied arms are trying to keep the figure from escaping.

The sculpture was created during a time when many of Sawaya’s friends were questioning his decision to change career paths. The sculpture represents the feeling of being held back in the pursuit of one’s dreams. 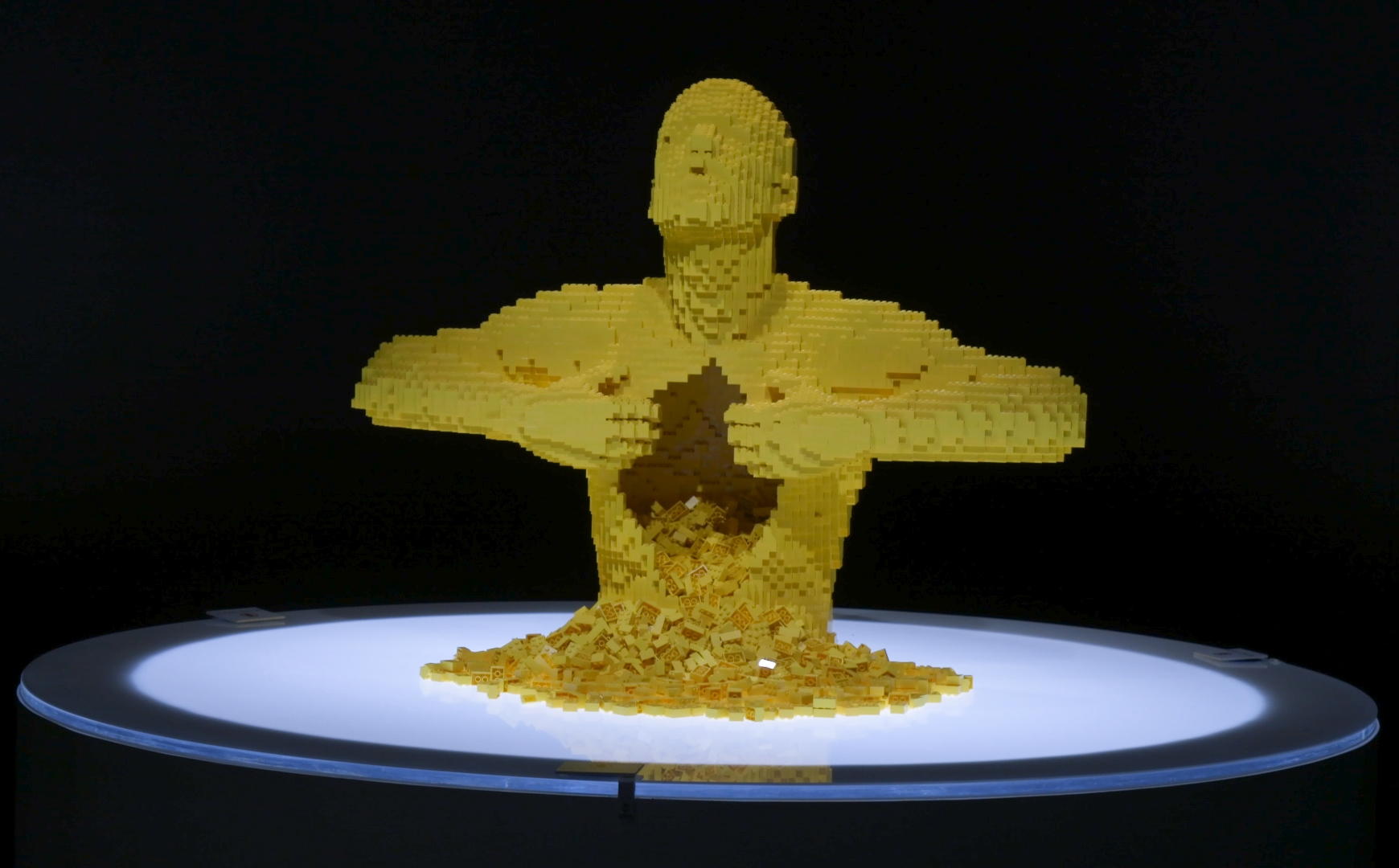 Sawaya has also found plenty of inspiration in the works of the great masters, filling an entire room of his exhibition with recreations of some of the most recognizable pieces of art ever created: Van Gogh’s “Starry Night,” Michelangelo’s “David,” and Edvard Munch’s “The Scream” — all recreated with colorful, plastic bricks. 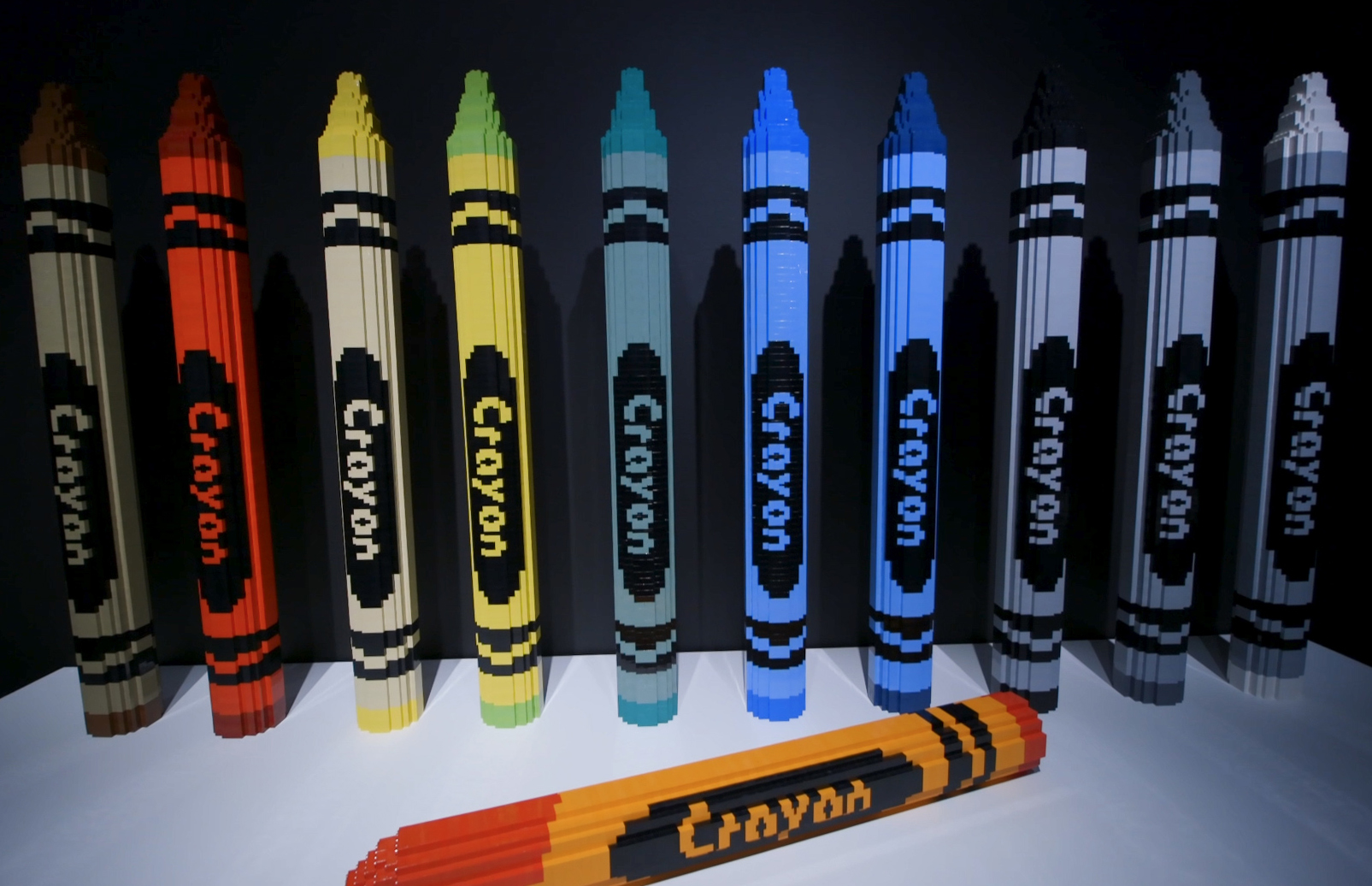 Another part of the exhibit showcases Sawaya’s collaboration with photographer Dean West, who photographs scenes containing cleverly hidden pieces of Lego sculpture in real-life settings. Things like dogs, trees, umbrellas, and even a pair of flip-flops find new life in these images, thanks to the marriage of Sawaya’s sculptures and West’s compositions.

Editor’s note: Due to the novel coronavirus, the Houston Museum of Natural Science, which was displayed “The Art of the Brick” exhibit, is closed until March 27.