CLEVELAND — Clevelander Robert Madison got his marching orders when he was 6 — his mother told him he should become an architect, and three decades later, he became the first African American architect in Ohio. But that achievement came after a hard-fought battle against cultural forces working to keep people of color out of the profession.

Madison’s new memoir, “Designing Victory,” co-written with Carlo Wolff, traces that struggle from segregated water fountains in the Jim Crow South, up through building the U.S Embassy in Senegal.

Madison recalled that one of his first encounters with racism came during a 1936 visit to see relatives in Alabama with his younger brother, Julian. One day, their grandmother took the boys on a shoe-shopping expedition to a downtown Mobile department store. While waiting for Julian to get fitted, Robert wandered off in search of some water.

“And I started walking towards the fountain,” he said. “And all of the sudden, I heard my grandmother screaming, ‘Bobby, stop, stop stop!’ And people started running towards me. I was about to start drinking from the fountain marked: ‘White.’”

Madison said he’d never seen his grandmother so frightened. Looking back from an adult’s perspective, he added it wasn’t a matter of such Jim Crow segregation being fair or unfair. “It was reality,” he said. 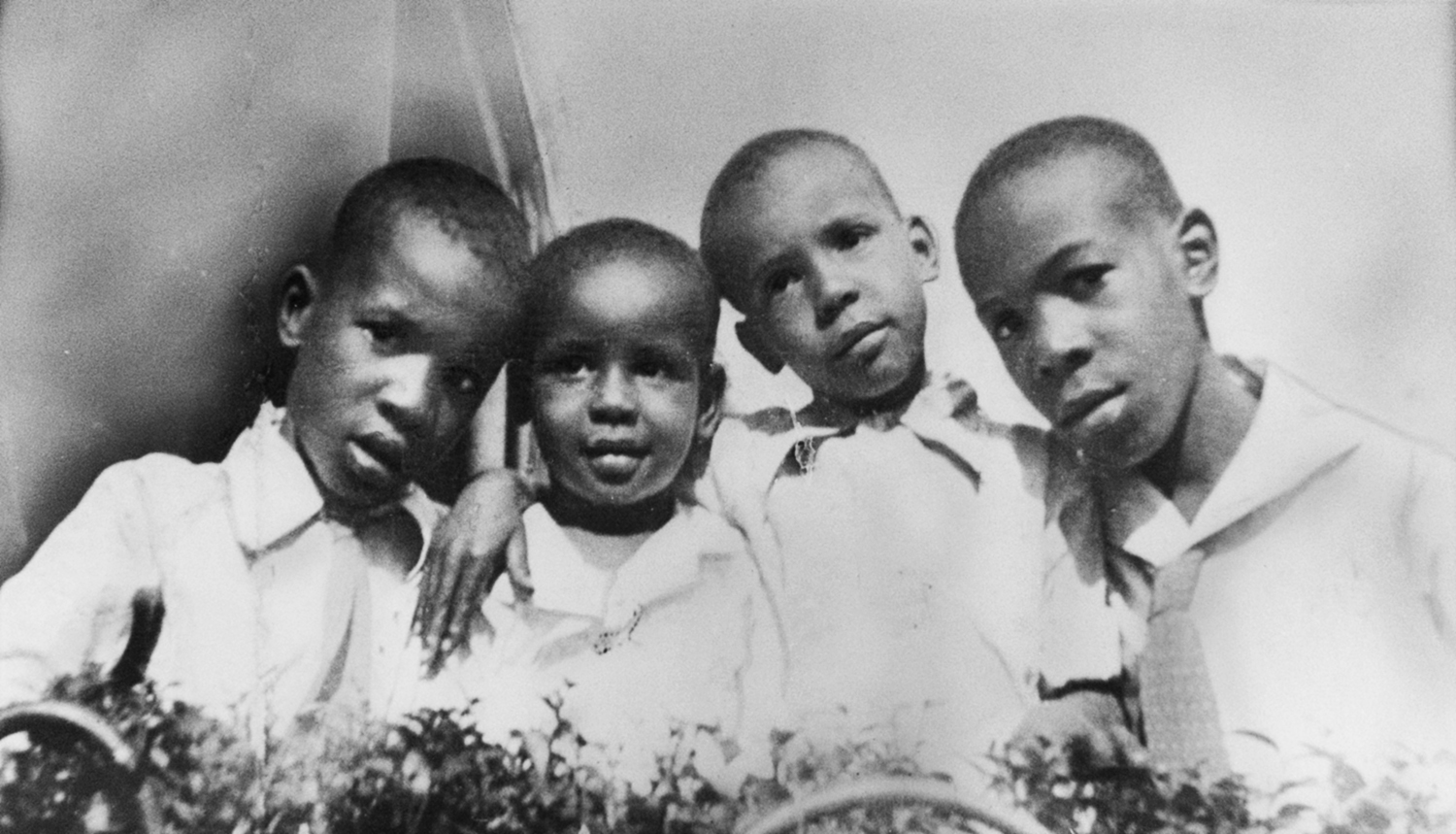 The early seeds of his architecture career were planted by his mother, Julia, who praised a drawing that he did as a boy.

“My mother saw this drawing, and she said, ‘You know, you’re going to be an architect’,” he said, adding that the concept left him feeling a bit nonplussed. “I couldn’t spell architecture, at that time.”

But that motherly admonition set him on a long path to make her dream come true. That path forced him to face many forms of racism over the years, including segregated troop assignments in the U.S. Army during World War II, and a particularly obstinate college administrator who cautioned him against using his G.I. Bill benefits to study architecture.

“No, you can’t enter the school here,” Madison said, recalling the words of the dean of the Western Reserve University School of Architecture. “‘We have never had a colored boy finish this school and I doubt we ever will.’”

Racism served as a roadblock many times in Robert Madison’s life.

Madison stormed back home and put on his army uniform, decorated with his Purple Heart medallion and battle ribbons. He then returned to campus, but this time visiting the dean of admissions. “I said, ‘You know, my blood is on the soil of Italy, fighting to keep this country free and safe for democracy!’”

Madison was admitted, and earned his graduate degree.

Racism served as a roadblock many times in Robert Madison’s life, but sometimes all it took was the anticipation of discrimination to change his course. He was once engaged to be married to an aspiring opera singer named Coretta Scott from Antioch College — but then reality set in.

“We started talking about the fact that she’s black and she’s going to try to sing in the opera, and I’m going to be an architect,” he said. “These are two professions that black people are not historically involved in. How is that going to work?” 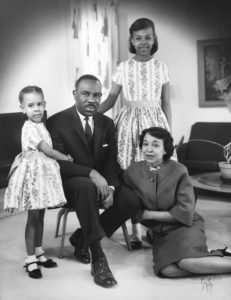 Robert and Leatrice Madison, with daughters Juliette and Jeanne, circa 1963. Photo courtesy of the Madison family

The star-crossed lovers broke off their engagement and went their separate ways. Scott would eventually marry an up-and-coming minister named Martin Luther King, Jr., and Madison found his life-long love in Leatrice Branch. They were married for 62 years, until her death in 2012.

Madison’s career as an architect lasted six decades, as well. He’s designed buildings close to home in Northeast Ohio, and around the world.

His challenges and victories when facing discrimination have often mirrored America’s racial history. In the early 1960s, he built offices in Cleveland for black medical professionals who weren’t allowed to practice in some area hospitals. 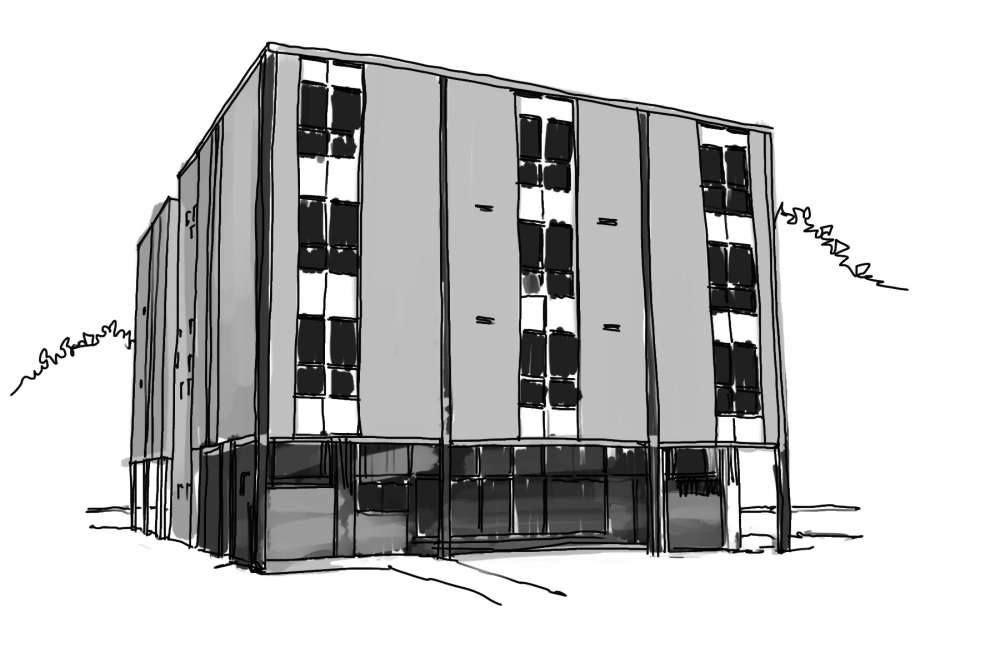 The Medical Associates Building was built in Glenville, Ohio, for doctors of color in 1960. More recently it’s been transformed into a community arts center, also known as the Madison Building. Illustration by Ron Hill

In 1977, the Madison-designed U.S. Embassy opened for business in Dakar, Senegal, once a shipping port for the slave trade. That moment had particular poignancy for Madison, the great-grandson of a slave.

“To see that area … where my ancestors probably came from, was very dramatic for me,” he said. 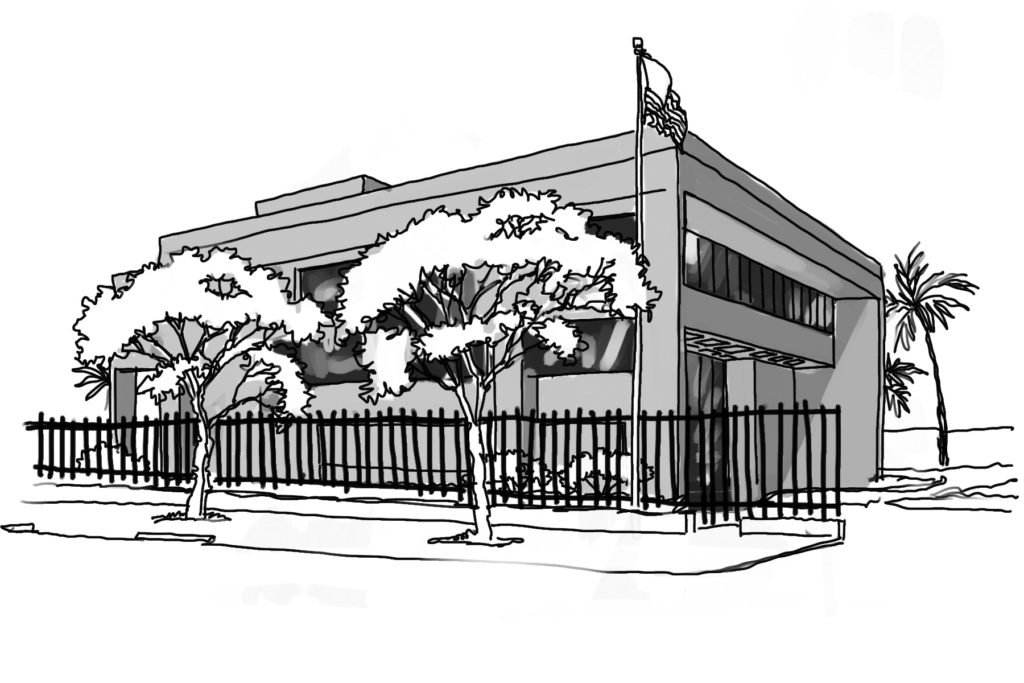 Madison hopes his career can serve as an inspiration for young people and demonstrate that sports aren’t the only option for a successful career.

“I go to a lot of schools and all these kids can talk about is LeBron James and all the athletes,” he said. “Their jerseys will be hung from the rafters. My name will be cut in stone.”

An "alternative perspective" is what artist Mel Kendrick has offered for 40 years. Special correspondent Jared Bowen of GBH Boston…