Picturing the special bond between people and their rescue pets

CLEVELAND — Pet lovers are suckers for heartwarming animal stories, especially when it’s about a rescue.

Ohio illustrator and former Plain Dealer book editor Karen Sandstrom took that idea and combined that with her love of storytelling and artistic talent.

Her work is now collected in a new exhibit titled “Such Agreeable Friends,” examining the close relationship between people and the animals they make family. 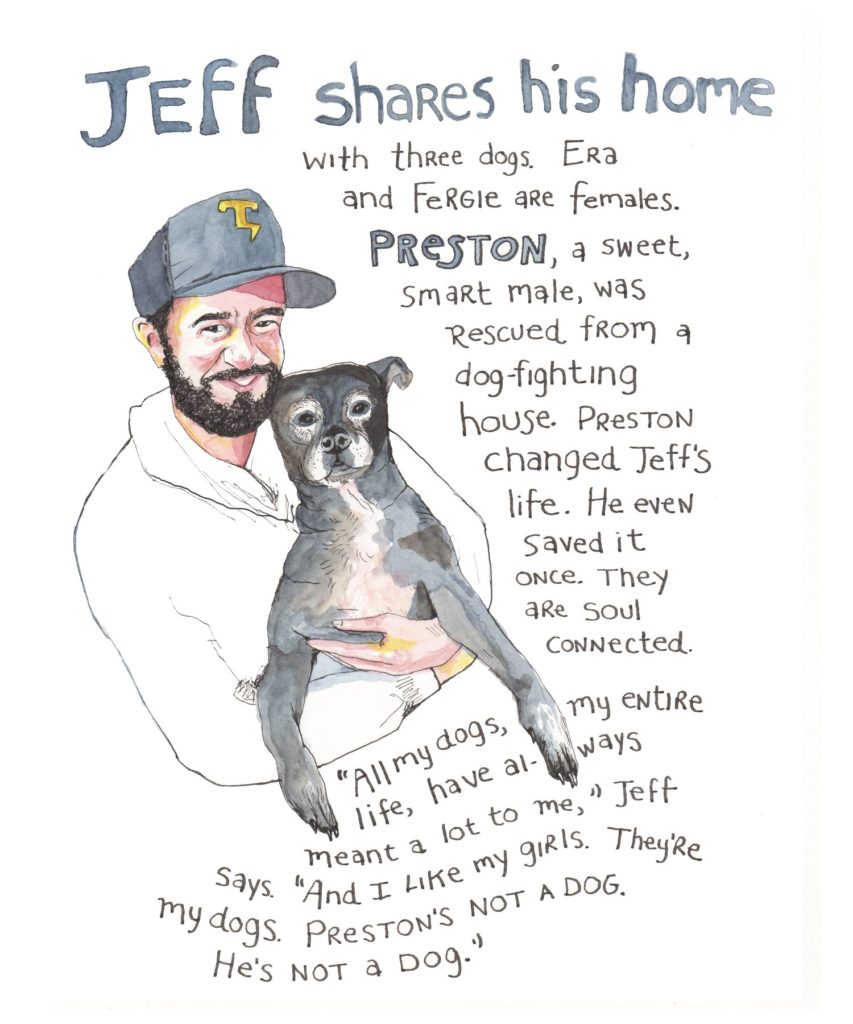 The show features illustrations from Sandstrom’s “Rescue Pet Project,” featuring portraits of people and their rescue animals combined with text telling their stories.

“People who rescue animals seem to have this special bond,” Sandstrom explained. “It’s really an excuse for me to hear stories and record the essence of this relationship they have with animals.” 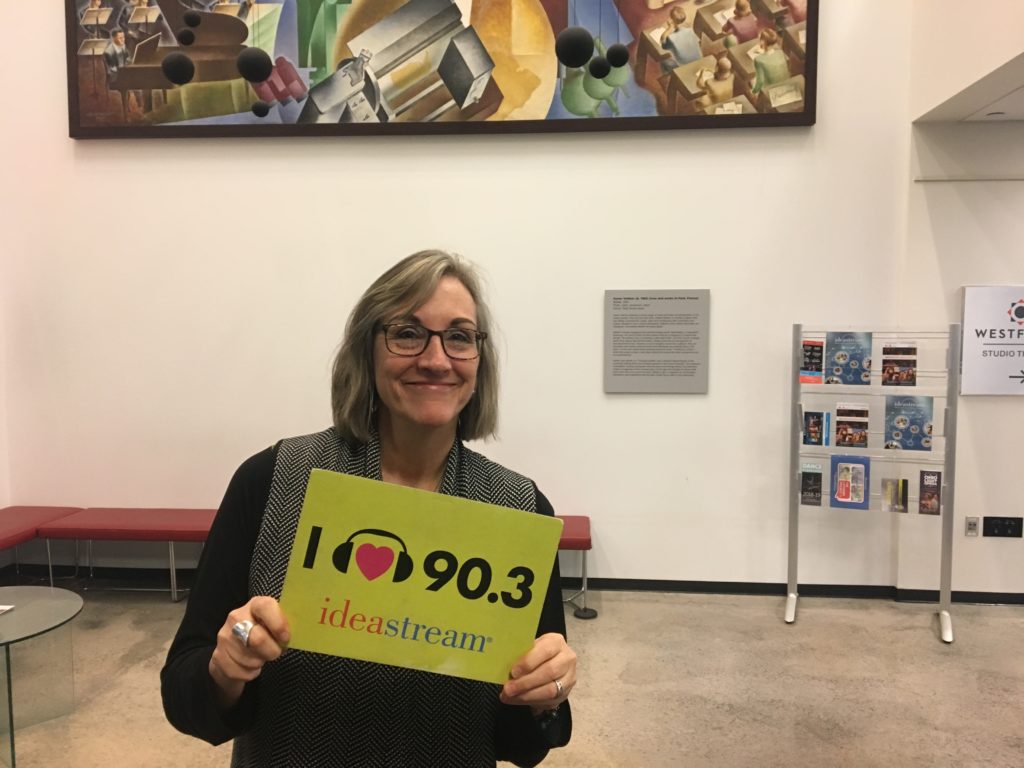 Photo of Karen Sandstrom at the ideastream studio in Cleveland. Photo by ideastream

One of the stories in the exhibit is about Cleveland Animal Protective League president and CEO Sharon Harvey and her rescue dog, Wilbur. 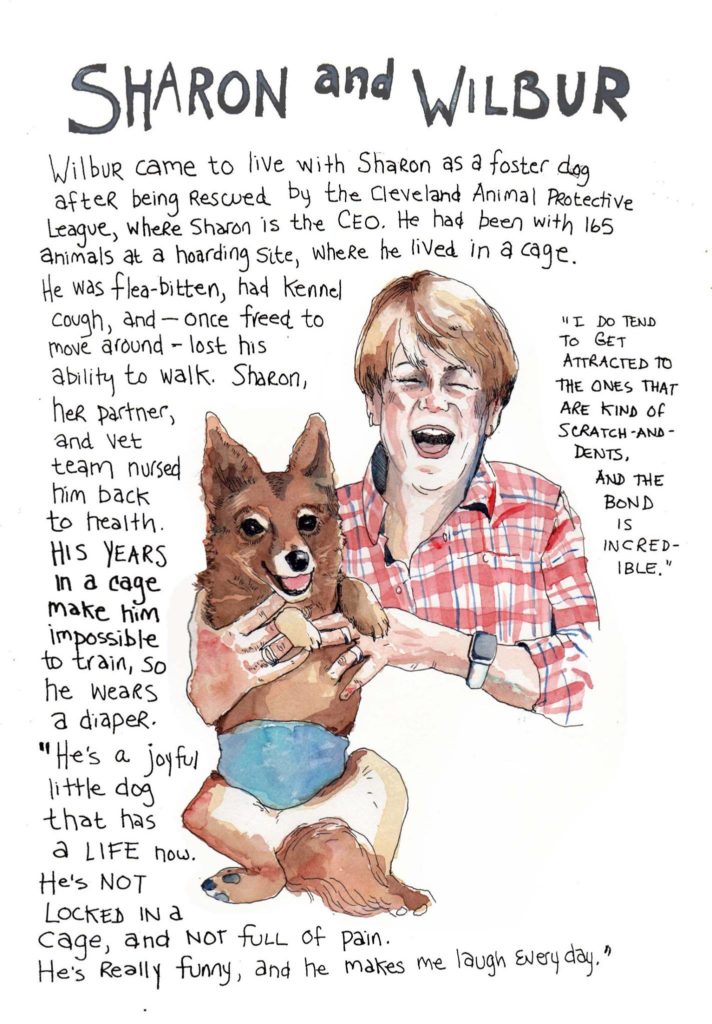 “[Wilbur] was a rescue from a hoarding situation and was this incredibly cute, little dog who wore a diaper all the time because of the injuries” he sustained before being rescued, Sandstrom said.

The project is not limited to dogs — there are rescue chickens, as well.

“A couple of chickens were taken from the egg farms. Once a hen reaches 2 years of age they’re done in the big egg industry,” she said. 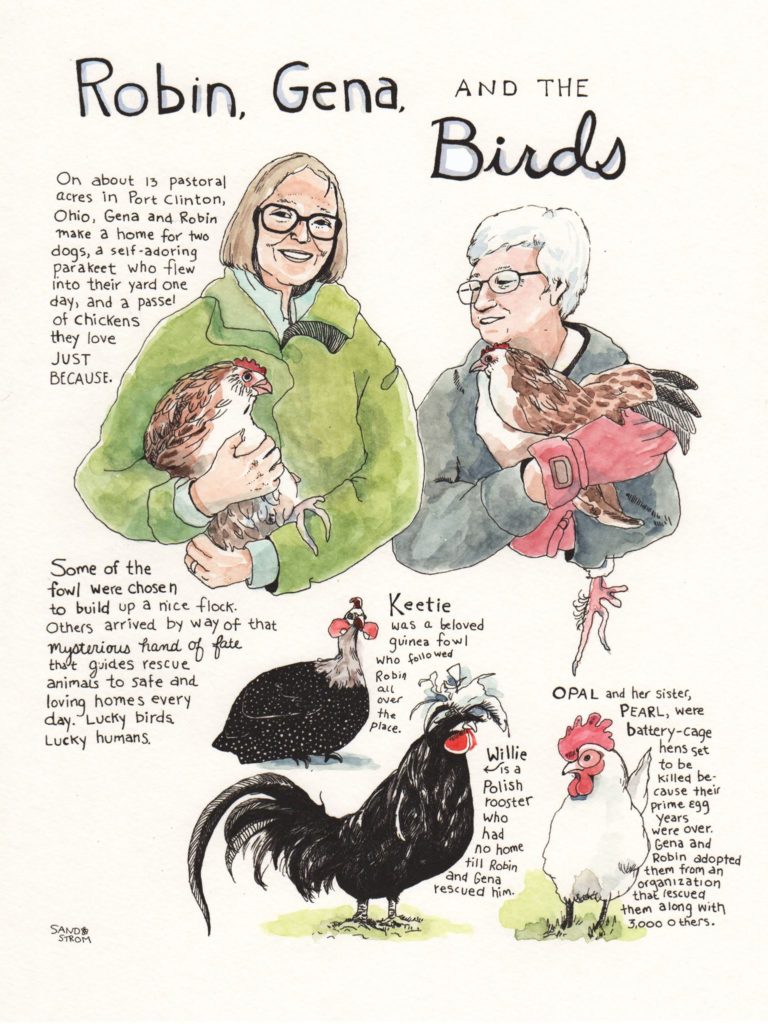 “Robin, Gena and the Birds.” Ilustration by Karen Sandstrom

Sandstrom met Robin and Gena from Port Clinton, Ohio, who agreed to take two of the chickens rescued from the slaughterhouse and make homes for them.

Karen Sandstrom’s exhibit of illustrations, “Such Agreeable Friends,” is on view at Heights Arts in Cleveland Heights, Ohio, on May 10 – June 23.

For many, it's a time of certainty and isolation. But in poet Tess Taylor's humble opinion, turning to verse can…