At The Lost Kitchen, just reserving a table is an event. Last year, about 20,000 people sent postcards to Erin French’s famed restaurant, all seeking a chance to eat at the 40-seat dining destination in rural Maine.

Annie and Caroline’s postcard pictured a pair of happy radishes. Emily’s wooden postcard had her name and address on one side, with a burnt-in design of flowers on the other. Another sported birch trees rendered in watercolor alongside the words, “RESERVATION PLEASE?” Mark wrote a personal anecdote on an index card. Another quoted the late Leonard Nimoy.

Only 1,000 postcards from across the world are chosen by random lottery every year for a date and time that suits the restaurant and its to-be dinner guests. Meals are crafted from locally sourced ingredients, and diners are welcomed into the former gristmill like long-lost relatives, returning home. 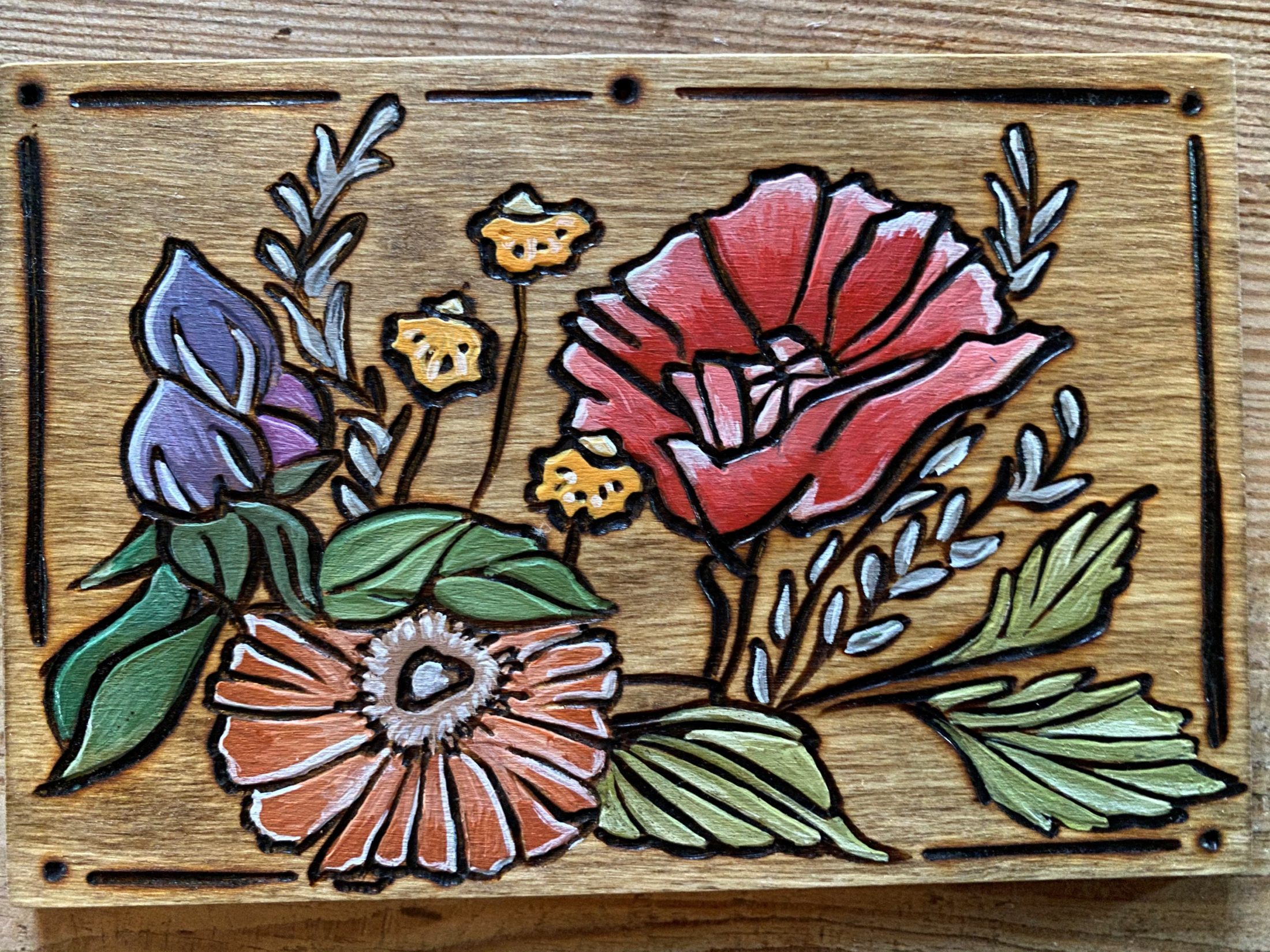 As chef and restaurateur Erin French told Maine Public Radio in April, building a curious and devoted fan-base for such a culinary oddity wasn’t exactly her plan.

Do you have any idea what stoked that kind of demand?

It wasn’t really one thing. I feel like there were constant little bits that kept happening. One article would come out here, another thing there. We never advertised or anything, or thought this would become this. But I think the real power was the word of mouth.

Why did you get into the restaurant business?

It’s more of how I couldn’t get out of it. I grew up in Freedom, and my dad had a little diner that was just a few miles up the road from our house. So I started cooking pretty young — I was in kindergarten when he first bought it — and I think it’s challenging once you touch a kitchen in that way in your childhood. It’s really hard to get away from it. It’s almost a curse. So it was more of just the only thing I knew how to do later in life when I hadn’t quite figured out what I was supposed to do yet. 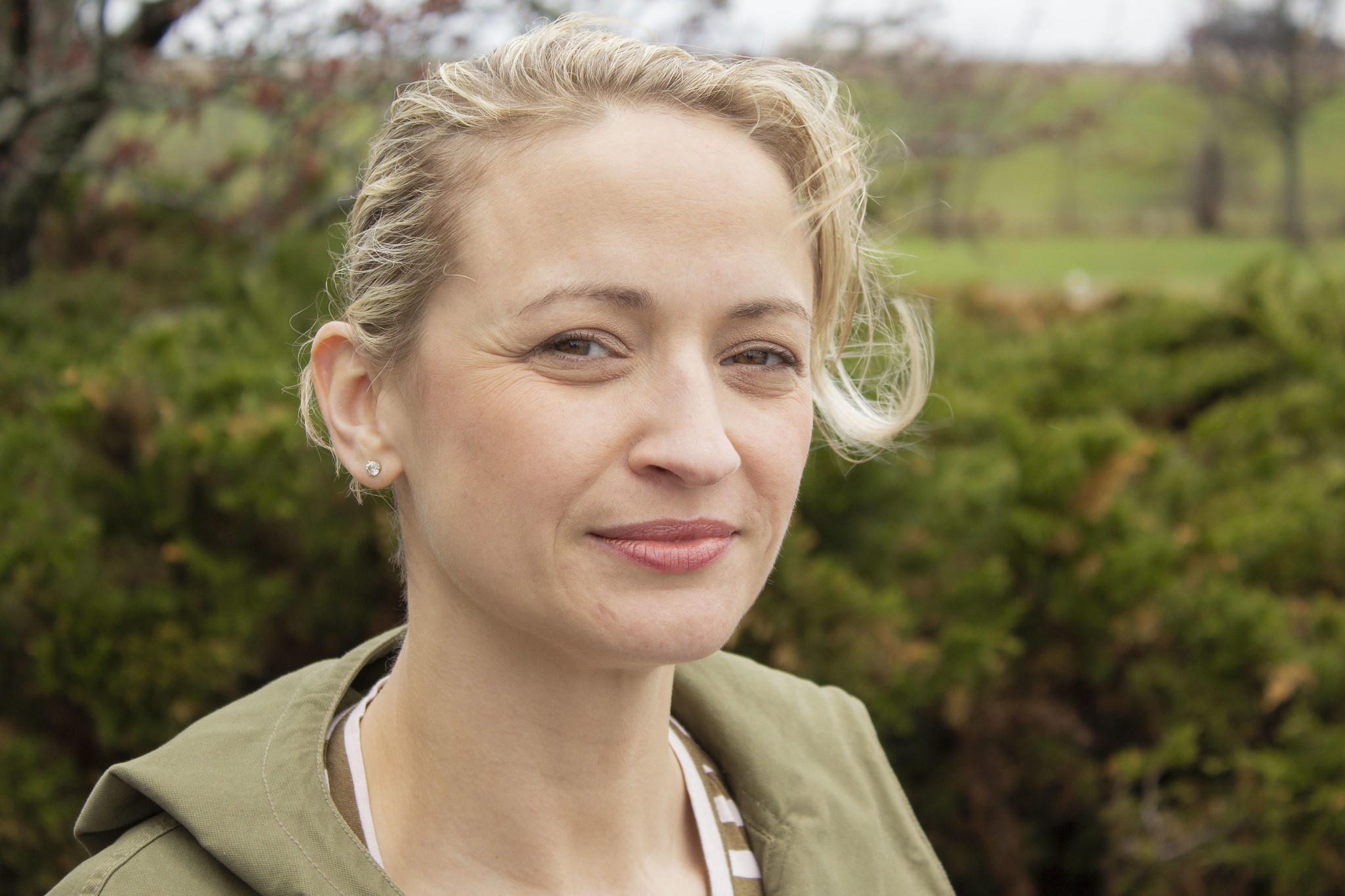 Have you ever heard from celebrities?

The first one we ever heard from was Martha Stewart. But she didn’t ask to come to dinner. There’s no special treatment or anything like that, which is kind of the fun of this lottery, because everyone has the same chance. With Martha, O.K., you know I’m kind of a fan, and I wouldn’t be where I was today if it wasn’t for her. I’ve been “fangirling” since I was 13. So we had her come out, and we made a lunch, and we just had a ladies lunch with all the women who worked with me at the restaurant, and it was a treat for all of us to sort of have that moment with her.

Last year, you commented on some of the artwork people put on their cards. I’m curious; have you seen more of that this year?

There was more this year. I feel, like, the last year was kind of a rare thing. I’m like, “Oh wow, look at this one.” This year, a lot. And there were definitely themes, either paintings or pictures of the mill; interestingly — first time — lots of paintings of me, which were really interesting. We’ve even found some that were word games out of farms that we use, or women who work at the restaurant, or produce, or things that have to do with The Lost Kitchen. And unicorns seemed to be a theme this year. I’m not really sure why, but, you know, lucky unicorns, lucky charms, I guess. 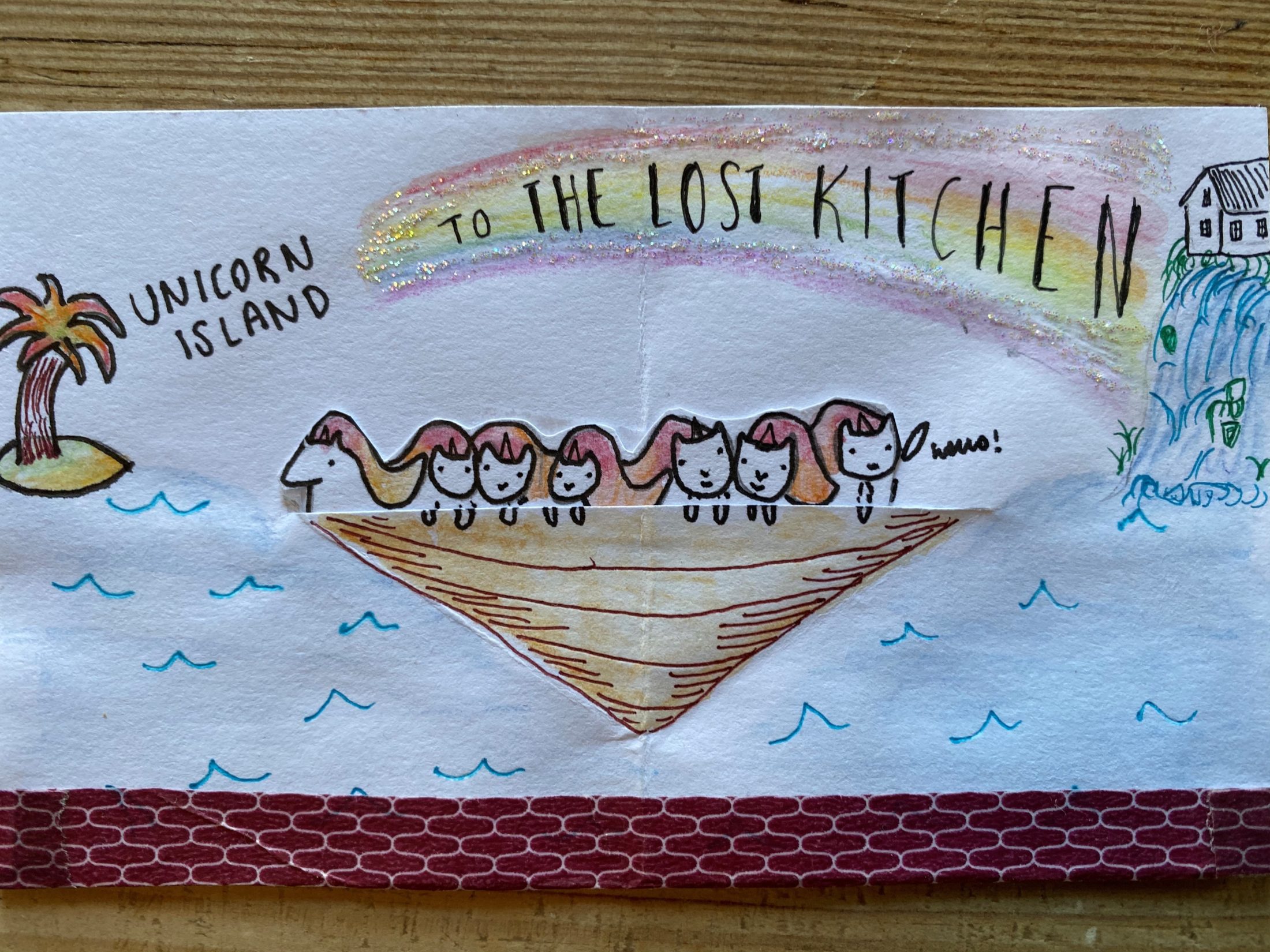 Do you display any of this?

Last year, after we were done, and we had some kind of special cards, I just put them aside, and I’m not really sure what I’m going to do with them yet. But we’ve kept every card — like, even all of the cards that didn’t get chosen last year. I can’t get rid of them. Something would feel very terrible about throwing them in the trash. So I’m just holding onto them, not really sure what to do.

With such a high demand for seats at the restaurant, does that make you feel any extra pressure as a restauranteur to perform?

Yeah, I mean terribly — it’s terrifying. There’s something that was really satisfying and exciting about it but, at the same time it was like, “Oh my God, but now you have to perform, and you have to pull this off.” Over the years, the expectations have grown so high that you wonder, “Can I keep up with this?” I’ve got to say part of that fear keeps driving me to keep going and be stronger. And it’s made me a better cook. I mean, I don’t have a culinary degree. I didn’t start with one. I’ve just sort of started this place out of nothing but good ingredients and doing something that I love to do. And it’s driven me. It’s definitely driven me to become stronger and better. So I’m a bit thankful for it.

Do you ever think about either enlarging the restaurant or opening another?

No. Definitely not. Oh God, no. I know, and that’s the thing, because I think people feel like, well, if something’s successful then the next step is to grow it and to make it bigger. And, for me, I just saw, like, woah — as it started to grow bigger, I just wanted to, like, put the brakes on and put my hands up and go, “Oh my God, we have to slow this down.” Because what we have right now is small and it’s special. And if I start to mess with that I’m gonna throw it off. 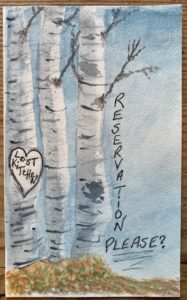 You’re in this business in part because you do enjoy cooking. I’m just wondering if the logistics of handling this enormous demand have taken some of the joy out of running the place?

There are definitely moments, but I feel like I continue to work really hard to just make it manageable. And part of it is taking a good chunk of the winter off. And some people say like, “Well, why don’t you open more days?” I just think, like, I only have so much in me. And I’d rather do it for less days in a year and do it for many more years than I would just burn out.

What do you do during the off season during those few months in the wintertime?

I binge on Netflix.

I eat a lot and I just sort of catch up on — well, I watched “Game of Thrones” in, like, one month – the entire thing.

What does your dad think of all of this?

Oh, gosh, that’s a really sensitive subject. I’m not sure what my dad thinks about this. I think there’s part of him who can’t quite wrap his head around it. He never really believed in this idea, always thought maybe I should just stop by his diner and kind of just keep going there. But I don’t know — there was something that was burning inside of me and he never really got that. He’s like, “Why are you doing this. This is, like, too groovy. This isn’t what people want.” So I think he sees it now that it’s working, but I don’t think he’s quite ready to tell me that he’s really proud of that.

There’s probably some misconceptions about it, and I feel like maybe it’s that I had this grand plan. People say, “Oh my God, your marketing is brilliant.” And I’m thinking, like, “What? It’s a postcard.” Or, “Believe me. I barely graduated high school. I dropped out of college to move home to my parents house and never imagined I’d be doing this.” So this was really this happy, organic accident that happened that I never imagined would become this. There’s also a lot of people who think like, “Oh, like, you guys, you need to let more locals in — you don’t let Mainers in.” And we have nights when it’s all Mainers. You know, you look, you see 207 [Maine’s area code] down the whole thing, and you know we’re celebrating Maine night. And, you know, there’s always this misconception of, like, “Oh it’s, you know — the system doesn’t work.” And it works great when you get in, and when it doesn’t, it doesn’t.