"ISIS Damage Painting (Genie)," 2019. This two-piece artwork is by Piers Secunda, who created the molds from ISIS-destroyed Assyrian sculptures at the Mosul Museum last year. The artwork is currently on display at the Imperial War Museum in London. Photo courtesy of Piers Secunda.
Arts & Culture WFYI Indiana

Piers Secunda is an artist and documentarian concerned with preserving the past.

The London-based artist’s latest work has focused on making so-called “molds of damage.” These are three-dimensional artwork created from casts of bullet holes fired by Islamic State militants at cultural sites destroyed by the extremist group.

“ISIS has carried the biggest swathe of cultural destruction the Middle East has ever seen. The extent of the looting and the desecration of these sites is greater than anyone could really ever have imagined,” Secunda told WFYI. Archeologists, too, have sought to resecure Middle East history at ancient sites like the city of Palmyra in Syria, which has been destroyed by ISIS.

Secunda describes his molds as “factually accurate” documents that examine how damaged artifacts “break the link” between understanding who we are and what we do as societies.

“If you break that link, you disconnect yourself from the past. It’s literally like taking an eraser and rubbing out history,” he said. 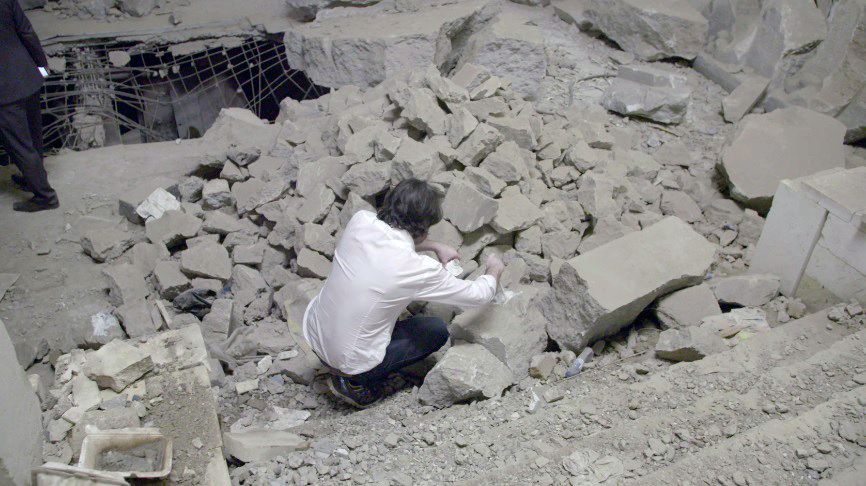 Secunda is taking molds from the damage done by ISIS at the Mosul Museum. Photos courtesy of Piers Secunda 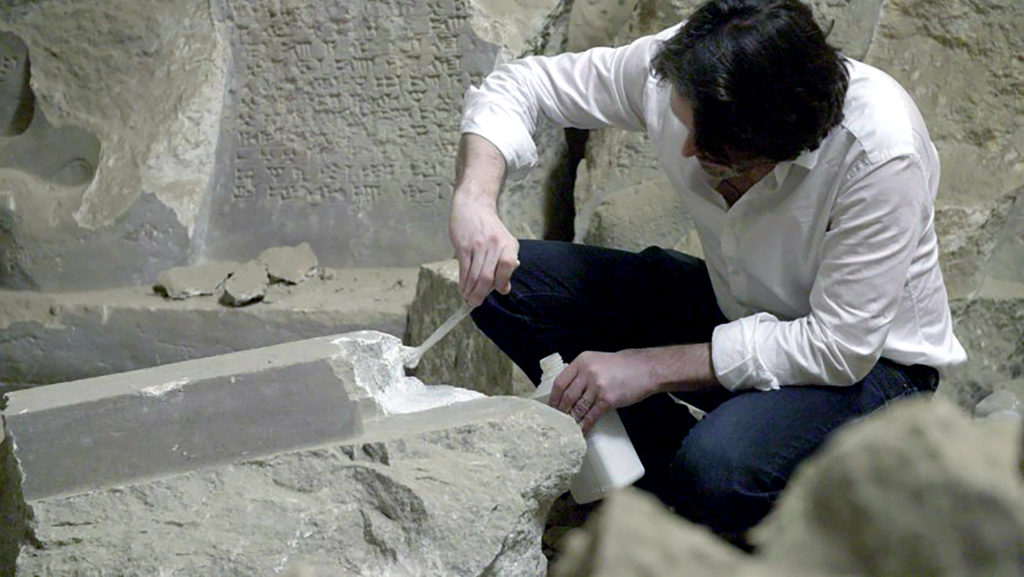 Born in London, Secunda studied painting at the Chelsea College of Art. But he doesn’t paint on canvas. Instead, he layers paint to create art that looks like sculpture.

During his 2009 residency in China, Secunda watched members of the Chinese Army practice their shooting by firing into sheets of cured paint. The resulting bullet holes looked like flowers, which inspired Secunda to pursue a new practice of creating molds, one that brings together his craft and his personal belief that an artist should record the world around him.

In 2015, Secunda then travelled to Iraq to visit cultural sites destroyed by ISIS. Secunda’s work was on display last year at the Long-Sharp Gallery in Indianapolis.

WFYI is central Indiana's source for NPR radio and PBS television, with a focus on the local community.