CLEVELAND — In a time when religious gatherings are being discouraged, a collection of historic instruments is making music as a spiritual salve during the coronavirus pandemic. Every weekend for the foreseeable future, the carillons in the towers of four Northeast Ohio churches are due to ring out for listeners who are adhering to appropriate social distancing, sitting in their cars or standing on the sidewalks below.

A carillon is a set of tuned bronze bells that are played from a console in a church tower. It’s a musical tradition that dates back centuries and is usually associated with religious events or seasons. But with opportunities to hear live music dwindling of late, the plan is for each of the four carillons in the region to add their soothing sounds to the air every weekend. George Leggiero, the carillonneur at the Church of the Covenant in University Circle, said they had decided to keep the bells ringing. 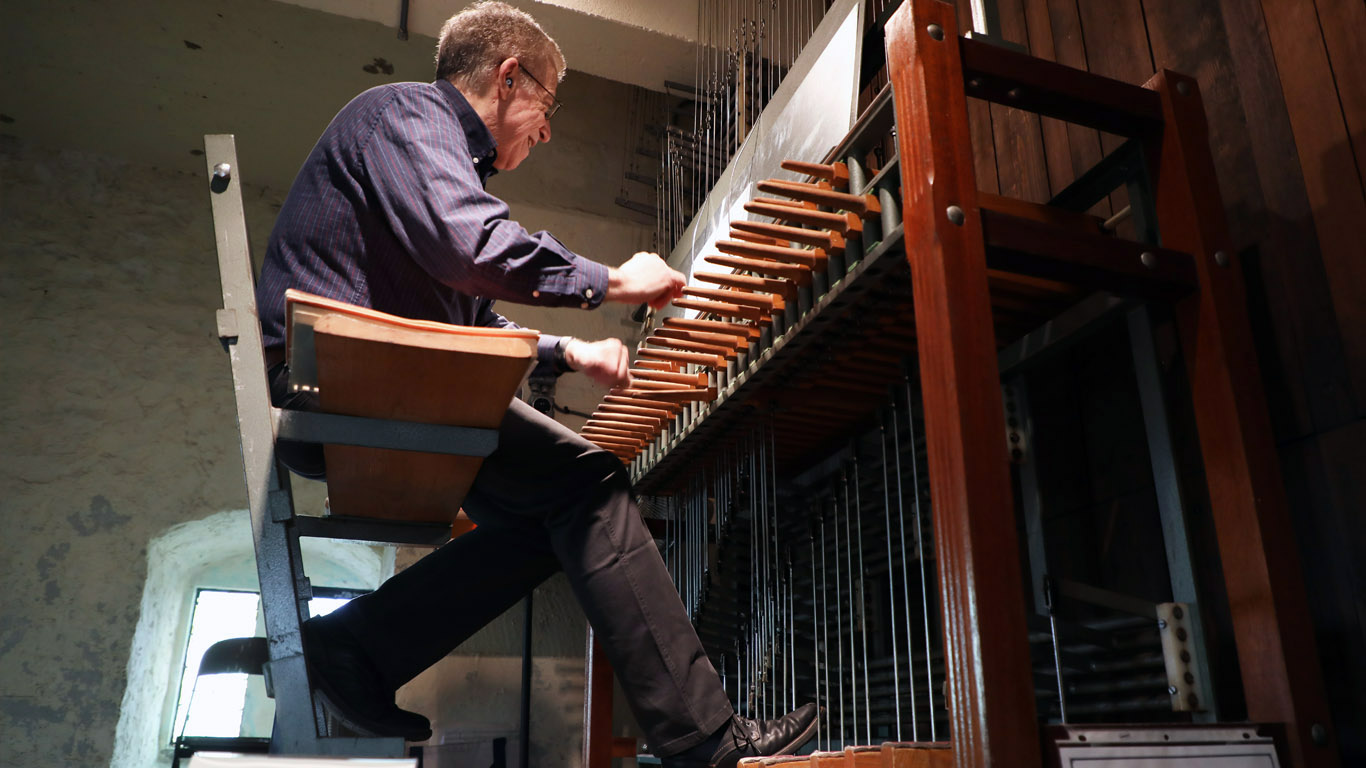 “And even though there weren’t church services, the carillons decided that at that time on Sunday morning, they would still get in the tower and play to provide something regular in this time when everything seems to be shutting down,” Leggiero said.

Becky Everett plays the carillon at St. Christopher-by-the-River in Gates Mills. She loves how the bells resound through the countryside or across an urban landscape. 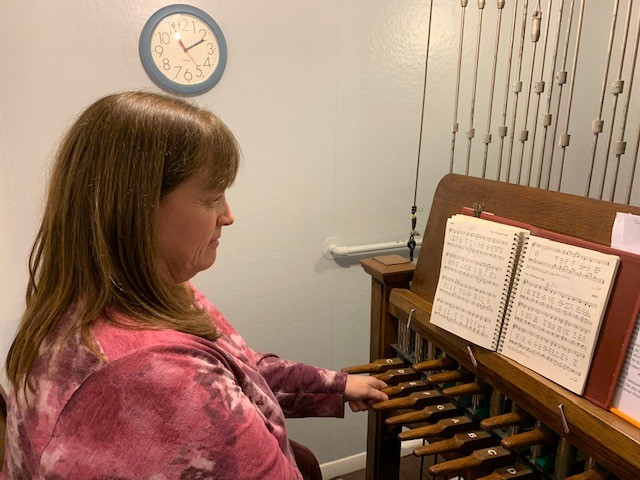 Becky Everett is behind the carillon console at St. Christopher by-the-River in Gates Mills, Ohio. Photo courtesy of Becky Everett

She thinks there is some solace in those concentric circles of sound that ring from the church towers.

“It’s a way for churches to reach out to community and give some comfort,” she said. 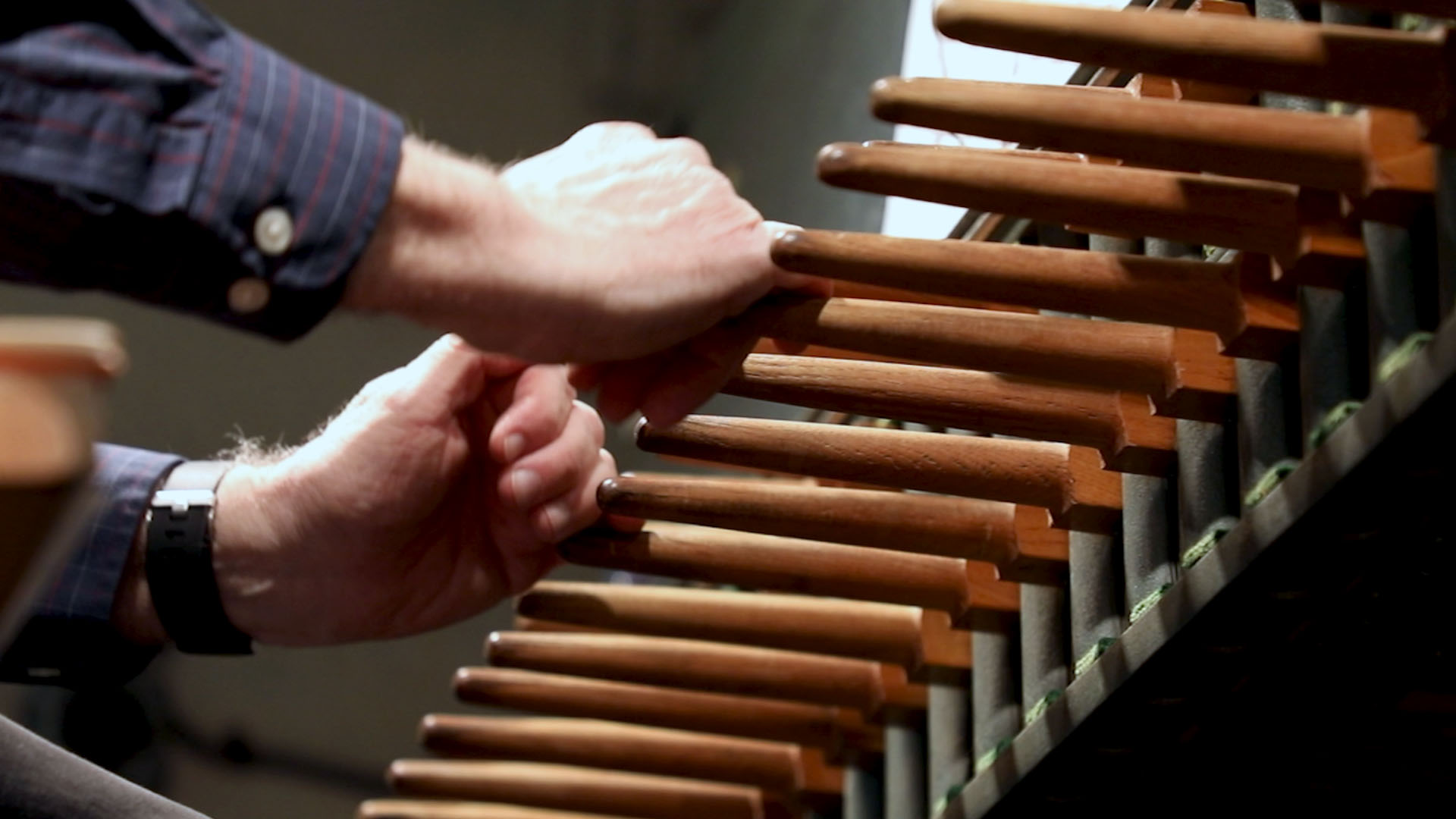 The clappers of each church’s carillon are controlled by a row of levers that ring each bell. Photo by Mary Fecteau/ideastream

“If you want to get mystical about it, those vibrations have always been seen as healing or clearing the air,” he said. “You can see that in the Eastern meditations with the meditation bells. And if you look back in medieval times, the bells were often used for healing.”

Carillon bells also ring from the towers of St. Paul’s Episcopal and Church of the Saviour, both in Cleveland Heights. 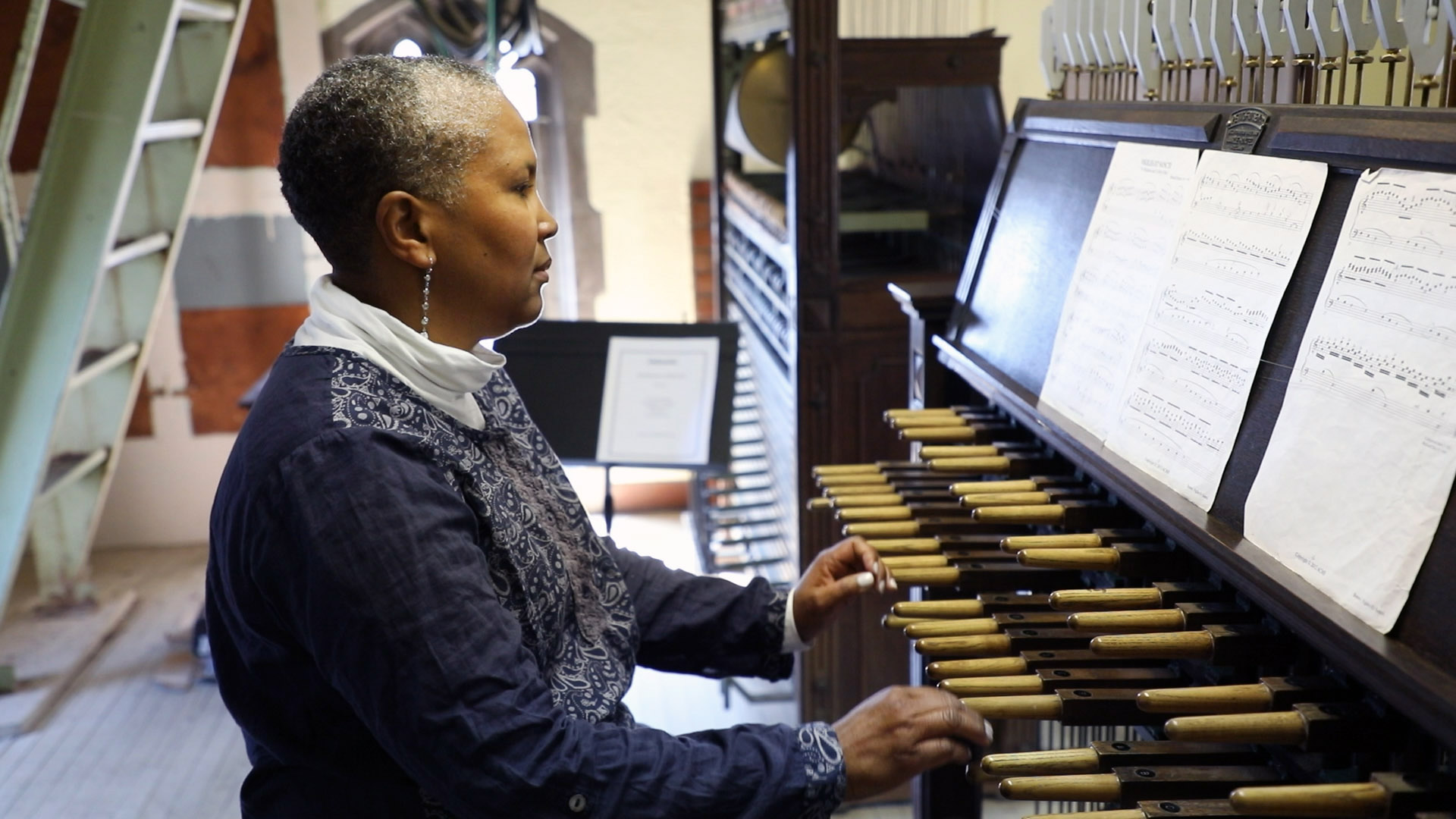 Sheryl Modlin is carillonneur at Church of the Saviour in Cleveland Heights. Photo by Mary Fecteau/ideastream

The organizers plan to continue the carillon concerts every weekend despite the fact that the state of Ohio has issued a stay-at-home order. Spokeswoman Denise Horstman said that this past weekend’s performances respected the governor’s mandate.

“We feel like our giant instruments high up in church towers are especially suited to giving people music in this extraordinary time of physical isolation,” Horstman said. “You know, the performers and the listeners alike are either indoors or they’re walking outdoors. They’re supporting our governor’s plea for keeping distance from one another. But it’s also helping our mental health.”