OKLAHOMA CITY — Neon artist Katherine Reynolds has kept Oklahoma City aglow, but she blazes even brighter than her art.

“It’s sexy, and it’s kind of dangerous,” Reynolds said of neon signs. Her work can be seen downtown, such as the large, blue Buick sign perched atop a building in Automobile Alley or the Sunshine Dry Cleaner’s sign. 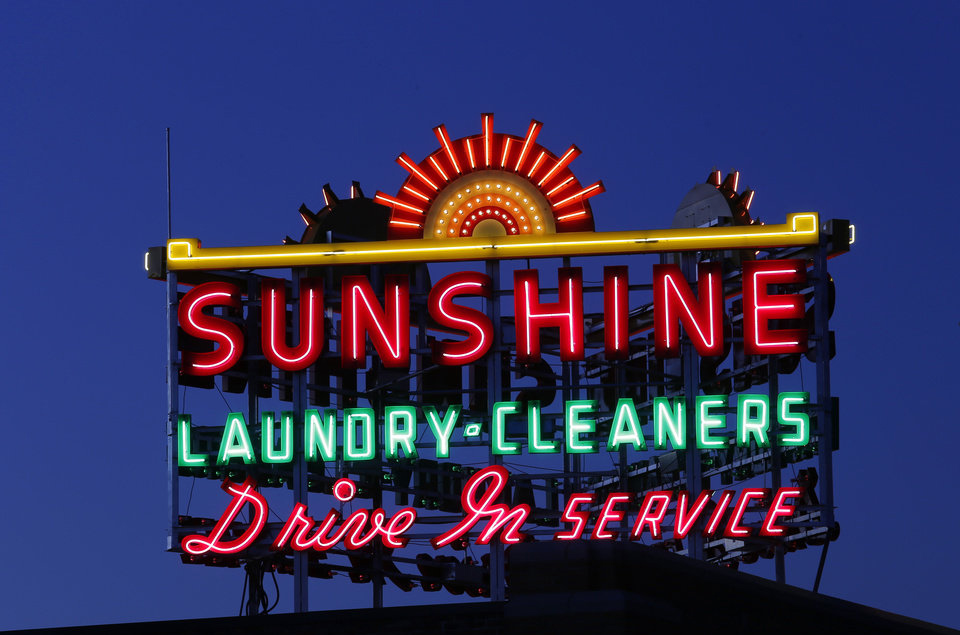 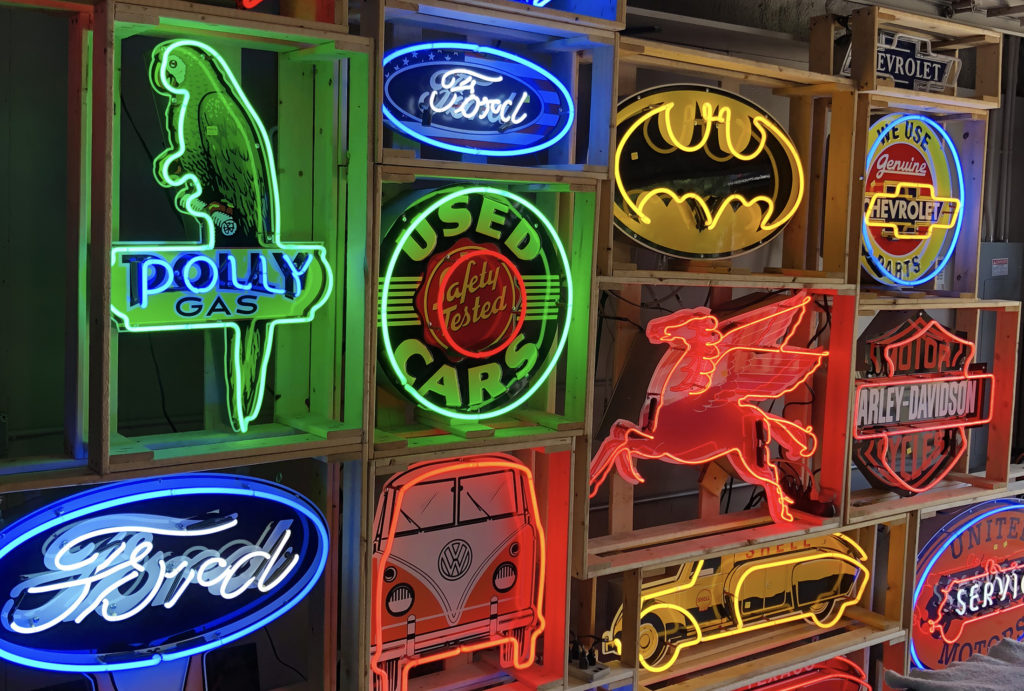 Decades ago, Katherine began her art career working with stained glass. But by 1984, she was lured by the neon glow.

However, Reynolds said it wasn’t easy to enter the male-dominated field. “When I started, there was no women,” she said, “It was old glass benders that had worked in sign companies forever.”

Eventually, she was able to convince someone to teach her how to make neon signs, and how to control and bend the glass at its melting point. This involves knowing how to harness five rare gases in the atmosphere to make different, glowing colors.

“You have to be part artist, part scientist, part glass bender, part electrician, part mechanic to do this job,” she said. 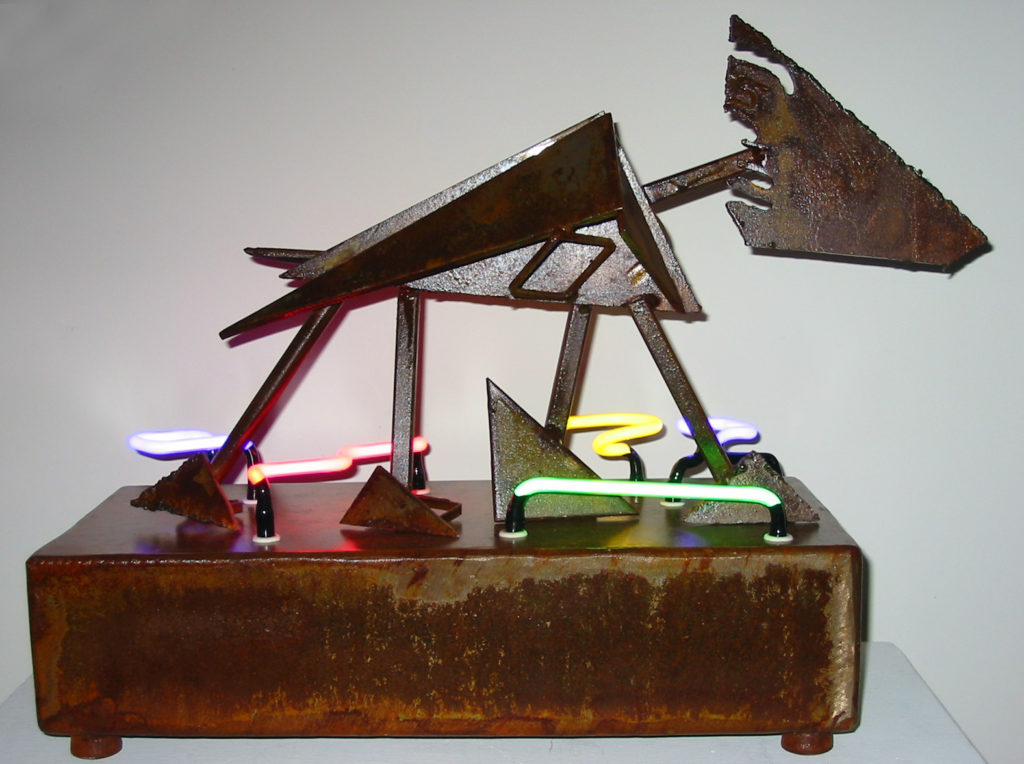 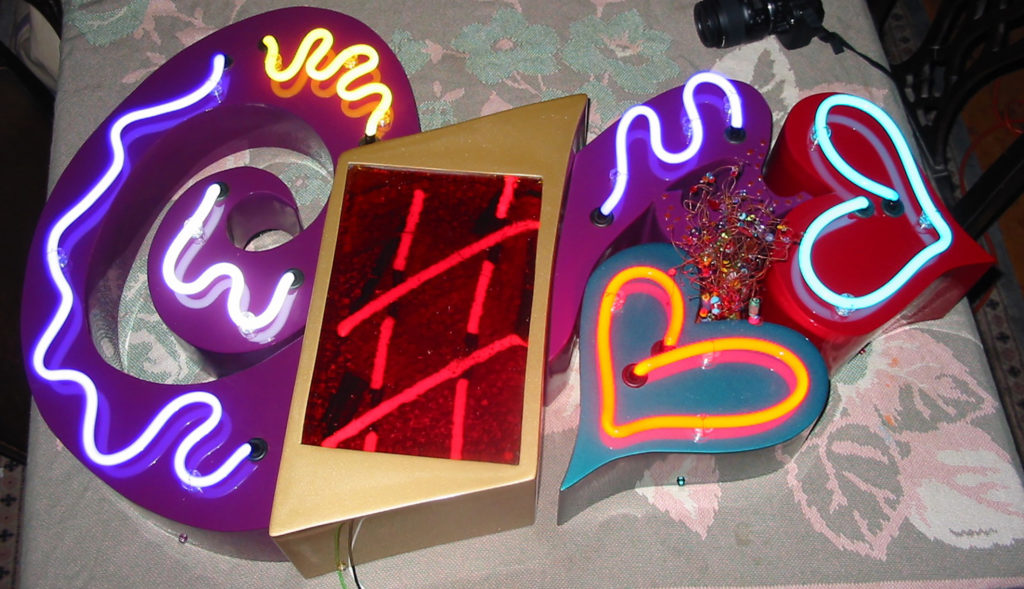 Reynolds made this neon chandelier art about five years ago. Photo courtesy of Katherine Reynolds

Reynolds opened her studio to OETA’s “Gallery America” for a look inside her studio.