Youngblood, whose pottery balances traditional forms with innovative technique, learned by watching his grandmother Margaret Tafoya, who is known as “the matriarch of Santa Clara potters.” She taught him to make and burnish pots, telling him to “take a little time, especially with the polishing, and you will be rewarded.”

Revisiting his grandmother’s effect on the pottery world, Youngblood said she gained fame “because she did something different,” he told New Mexico PBS. “She was able to make huge pieces. You’re talking about a lady that was about 4 foot-10 inches.

“We used to joke that Grandma would build her pots from the inside because she was small enough to fit in them,” he added. 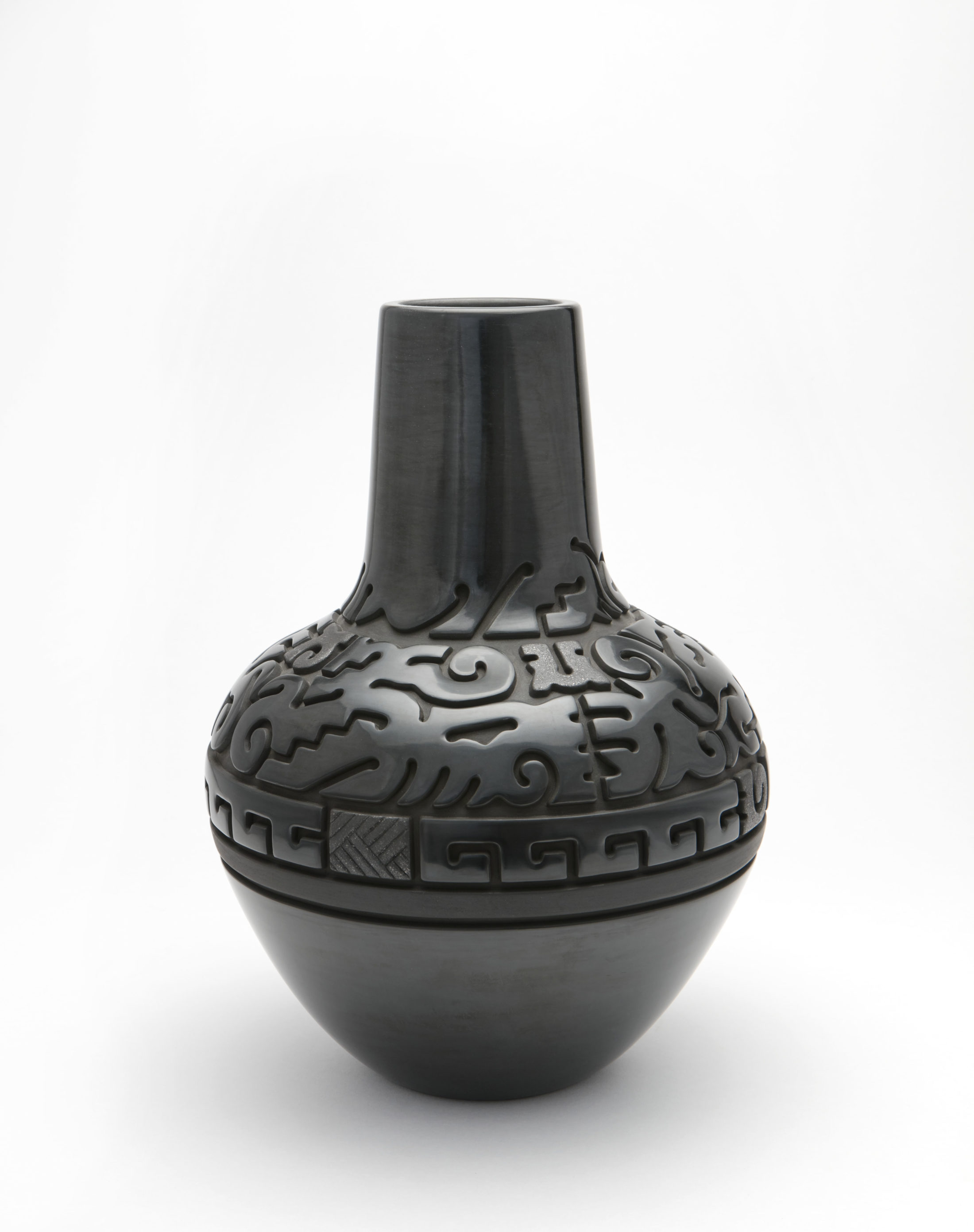 The process is meticulous and deeply rooted in family history and spirituality. Youngblood has won over 140 awards for his pottery. Using traditional techniques to create large pots, Nathan often incorporates non-Tewa designs such as abstract shapes into his pieces. He digs his own clay and hand coils every pot. Each pot is fired individually. That way, all of the posts aren’t at risk of being destroyed, should something happen during the firing process. His grandfather, Alcario Tafoya, taught him designs and carving. 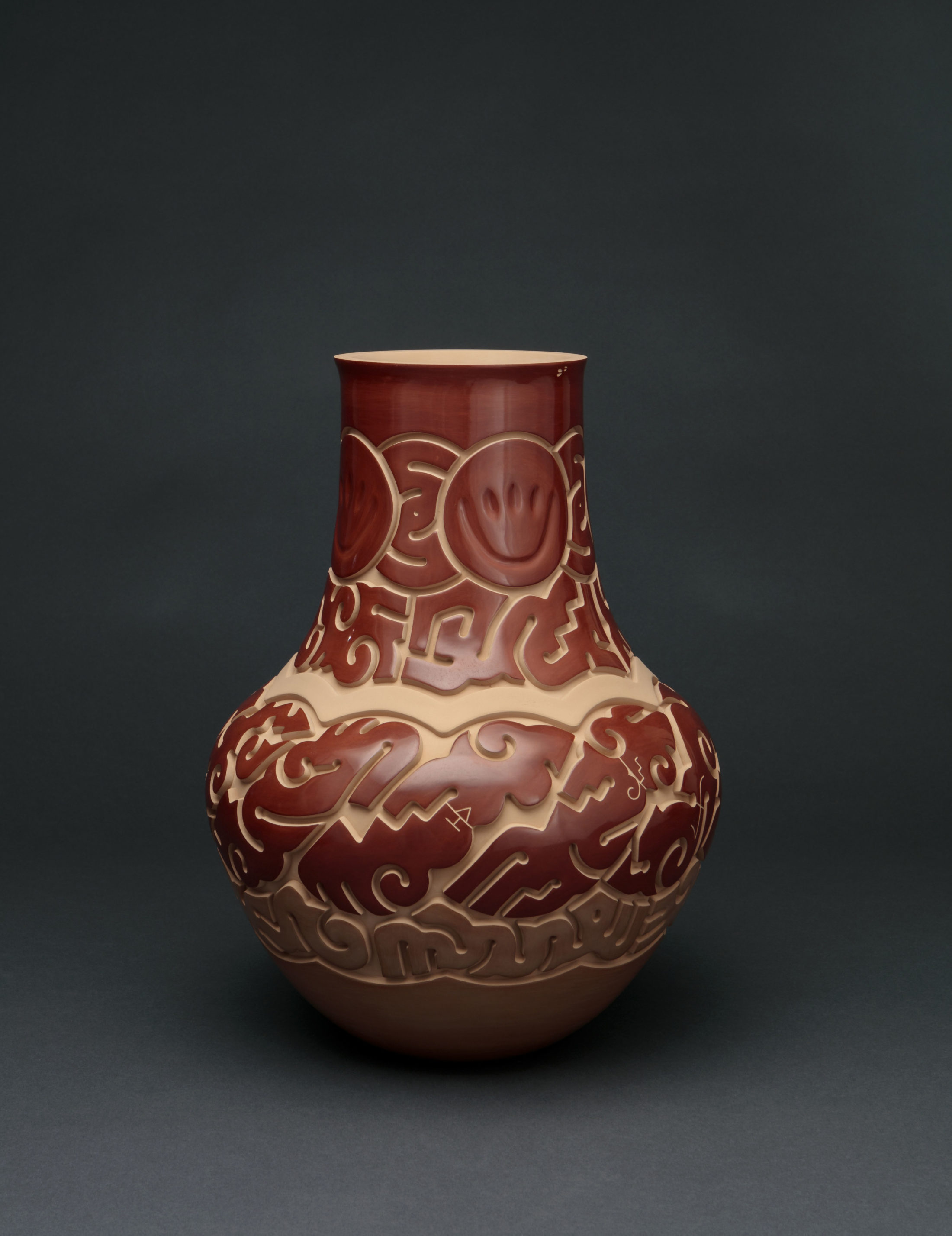 Youngblood’s early work focused on classic Santa Clara shapes and designs inspired by tradition. In the early 1990s, Nathan re-examined his experiences with art from around the world and how it could be incorporated as part of his designs. His love of Asian ceramics influenced how he designed his pottery and how he utilized matte and polished surfaces to emphasize form. The designs became more intricate, less linear, and more ethereal in concept. He is one of only a handful of Santa Clara potters who use natural clay slips to create color contrasts of red and tan in his pottery. This combination of polished red and tan sections with matte or micaceous surfaces has become the new Santa Clara “polychrome.”

Youngblood has been adding to his family’s legacy for more than 50 years, and is still as excited about it as he was in the beginning. “I see a spectacular piece and I don’t think, ‘I made that,’ because I know I didn’t make that,” as he has continually builds on the lessons learned from his mother and grandmother. This legacy has created a solid foundation for the evolution of his pottery. “I think that I am so lucky to be part of that process.”