How a Native attorney writes plays to fight for tribal rights

As a playwright and attorney, Mary Kathryn Nagle is used to building a case and crafting a narrative. But when it comes to bringing attention to sovereignty issues and Native communities, she said her approach is much different on stage than it is in a courtroom.

“I really believe in [theater] as a powerful tool, especially because you have the power of proximity, of someone being in the room with the actors on stage,” she told New Mexico PBS. “They might be learning about a moment in history, but they are not just watching it on the History Channel or in a movie theater. They are experiencing it in a very real, personal way because it is right in front of them.”

Nagle said this approach creates a pathway to introduce educational moments, which may be left out in the American school system, “in a way that isn’t quite as abrasive as a lecture or another way of giving information.” 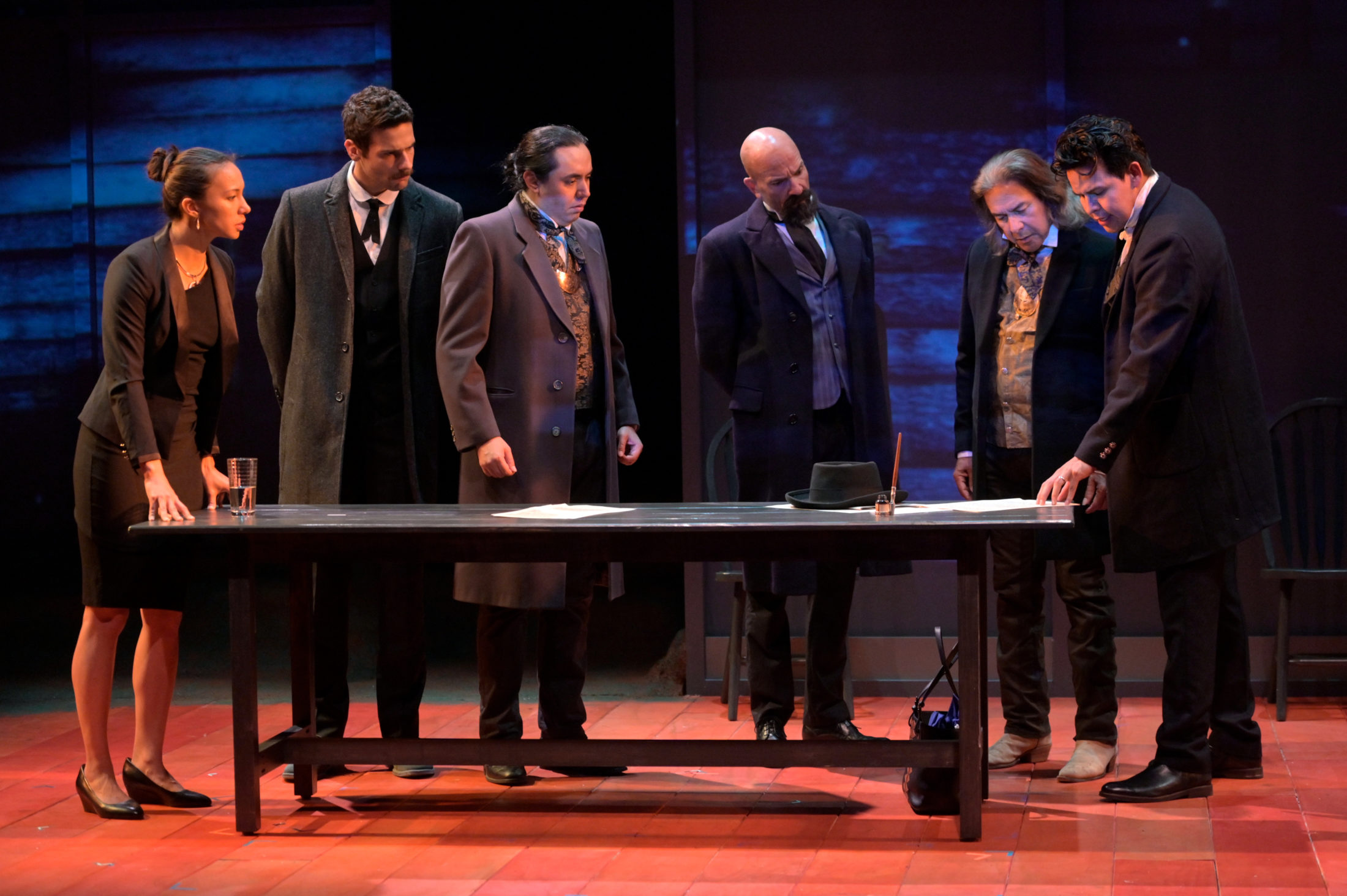 Nagle’s latest theatrical work is entitled “Sovereignty,” and the play explores the real and dramatic story behind a landmark jurisdiction case won by the Cherokee Nation at the U.S. Supreme Court. The play also shows how the issue of sovereignty — when, where and how Native communities have authority and autonomy versus federal government — is still front and center today in upholding treaty agreements and social movements like Missing and Murdered Indigenous Women (MMIW).

“Like most of the issues we face in Indian Country, most non-Indians don’t fully understand,“ said Nagle, who is an enrolled member of the Cherokee Nation. “And a play is a very powerful vehicle for kind of bringing them into that important conversation“ — one that Nagle hopes continues long after the curtain falls.

“There is also something that happens when people walk out of the theater and they say, ‘Not only was that a powerful story, but that is a piece of American history I didn’t know about.’ And, they feel like almost, I need to see more of this. What else do I not know? And they start to become hungry for more and I think that is, again, the power of the theater,” she said.

Nagle is also passionate about showcasing accurate representations of indigenous people throughout the theater world. She even helped start a social media hashtag campaign, #AnythingButRedFace, referring to stereotypical depictions of indigenous characters.

“It is one thing to not ever produce Native playwrights,” Nagle said. “But if you’re going to put inauthentic misrepresentations of Native people on stage, how can you justify continuing to exclude us from the stage? I wanted to call attention to that.”