How this former slugger made his handmade bats a hit

CHOCTAW, Oklahoma — Before he became Oklahoma’s own “Bat Man,” Matt Floyd wanted a simple life on the prairie with his young family.

Floyd played baseball growing up in Washington state, going on to play at Santa Barbara City College in California, and then at Southern Nazarene University in Oklahoma. He started coaching in 2009. After coaching, Floyd stayed in Oklahoma and started training players privately.

In 2014, the former college baseball player, coach, and personal trainer decided to start making baseball bats. To learn the craft, he watched many how-to YouTube videos on woodworking and bat making. It took Floyd about a year and a half to feel comfortable enough to turn his new found skill into a business. He had no idea that his bat business would be a grand slam. Floyd’s bats are in demand nationwide — high school players, youth players, coaches and collectors have all ordered them.

“Before, I would wait a month until I would get an email that I had a bat order, or a call, and now it seems like I’ll have 10 ordered one day and then right when I almost get them finished, I’ll have 20 more ordered, so now I’m trying to keep up. It’s been getting a lot busier, for sure.” Floyd said. 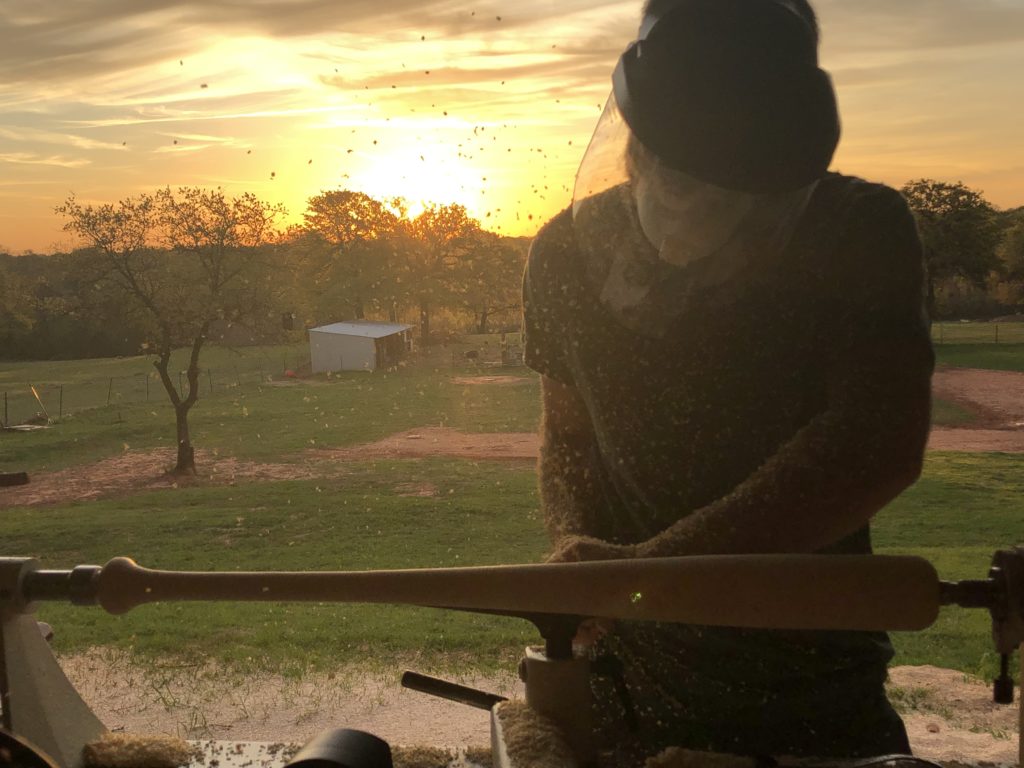 While the handmade wooden bats are beautiful and personalized with names, color preference and team logos. Floyd will add any requested artwork. The bats are also technically precise. Floyd shared with OETA’s “Gallery America” how he gets the specs just right for game-play regulations.

And even though baseball season is in its final innings nationwide, Matt won’t be hitting the dugout anytime soon. It’s always baseball bat-making season in Choctaw, Oklahoma.