Francis, who owns his own comic book shop Red Planet Books & Comics in Albuquerque, said his comic work acts as a “counterpoint” to the way Native people have been portrayed in popular media over the last 400 years. And that, it “creates another dynamic for Native identity and perceptions within the global society.”

“My comics are really about how we can create positive and dynamic representations of Indigenous people,” Francis later told New Mexico PBS. “That is my driving mission of all the superheroes, space rangers and monster slayers that I create and promote.” 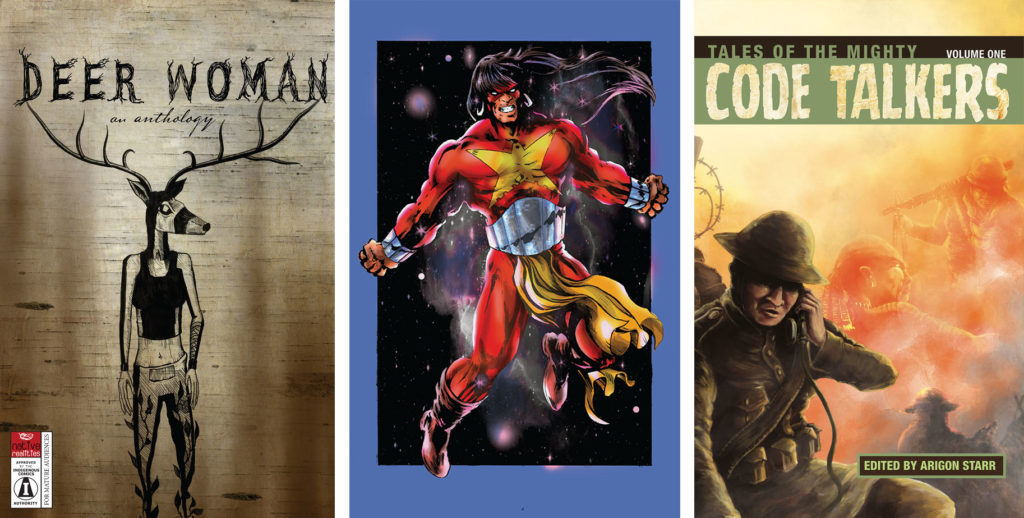 Francis said, when creating a comic, he’s thinking about the audience he wants to reach, which is “first and foremost Native young people and the communities I have worked with throughout my life.”

When asked about his fascination with the art form, Francis said the “way to make change is through young people.”

Another one of Francis’ great passions was to help create an indigenous comic-con. Francis said he wanted to “bring together all of these different worlds that were very siloed.” That meant creating a space that welcomed comic book creators, sci-fi and fantasy writers, and game designers from different Native communities.

“We never all got together,” Francis said. “And part of my inspiration, or perhaps selfishness, or whatever was I wanted to hang out with all these people. It was a way for us to create a show on our own terms.”