ROCHESTER, NEW YORK — Ephraim Gebre and Jared Diaz are on vacation. In a Rochester parking lot.

By day, they work for a boutique New York City ad firm. But since the spring, when they’re not working, they and two other colleagues Daniel Harrington and Darius Dennis have been making statements through building-sized art projects in a handful of American cities. Diaz said it’s the latest part of their “I AM” series, reproducing works by Danny Lyon, a famed photographer of the civil rights movement, in paint.

“That’s the main thing right there, to keep the conversation, to have an intergenerational conversation, [a] cross-class conversation in a public place, and for that to last as long as this paint stays on this wall,” Diaz told WXXI News. 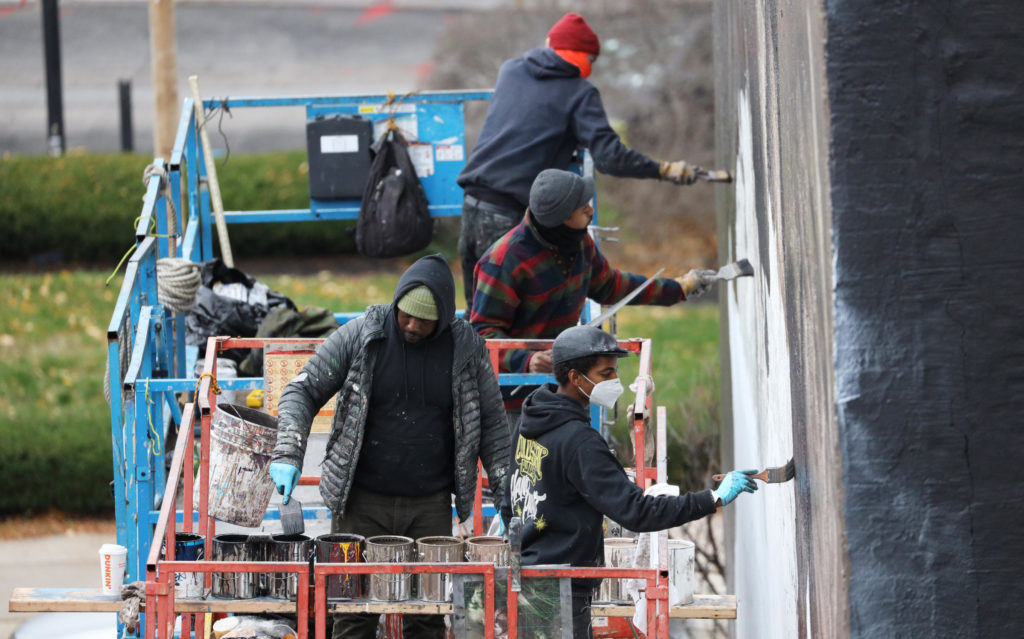 So far the group has completed projects in each of their hometowns: Chicago, Louisville and now Rochester, where Gebre grew up.

The pair’s latest mural is a 3,000-square-foot tribute to John Lewis, the late civil rights icon and congressman, called “I AM SPEAKING.” It shows Lewis demanding attention in Mississippi in 1963. The mural’s name is inspired by another civil rights icon and orator, Rochester’s own Frederick Douglass, who gave the 1852 “What to the slave is the Fourth of July?” speech less than a block away on downtown.

For Diaz, the mural series is about putting people of color in powerful roles front and center.

“One thing I want them to see is people of color represented. People of color who’ve played meaningful roles in society represented and for that to be permanent,” Diaz said. “And to see that done at the highest level possible.” 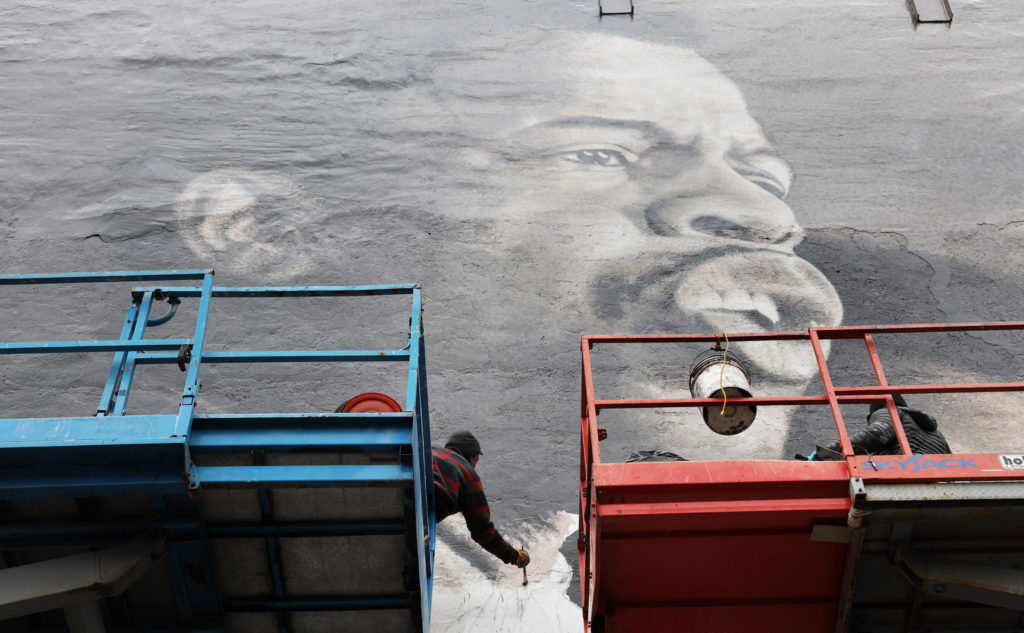 Lewis was not from Rochester, but Rochesterians made a big impact on his life. He called the late Rep. Louise Slaughter, “Sister Louise.” Slaughter, who served Rochester at various levels of government since the early ’80s, was elected to Congress in 1986, the same year as Lewis.

During his remarks at Slaughter’s memorial service in 2018, he said he once visited Rochester with Slaughter.

“It was there, I met two nuns who had taken care of us when we were hurt in Selma, Alabama, in March 1965,” Lewis said in his eulogy. “They cried. They hugged me. I cried and Louise cried.”

Lewis was referring to the time when he led hundreds of protesters across the Edmund Pettus Bridge in Selma on a march for voting rights. They were beaten so badly, that day became known as “Bloody Sunday.” He suffered a skull fracture.

Lewis said the nuns from Sisters of Saint Joseph of Rochester saved his life. That day, and the waves of marches that followed, are widely credited with the passing of the Voting Rights Act five months later.

After Lewis died this summer, his flag-draped casket was taken across that same bridge in a horse-drawn carriage.

Gebre relished the thought of making an enduring tribute to Lewis in his hometown. He said the mural is about evoking emotion and honoring a legend.

“With his recent passing, we know it just devastated a lot of people, so we just wanted to kinda pay homage to him and his name and his legacy and also bringing [photographer] Danny Lyon’s image to life,” said Gebre.

The Public Media news source for Rochester, NY and the Finger Lakes.