To Philip Glass, the audience is the ‘match that lights the fire’

LINCOLN, Neb. — At 82, some might say world-renowned composer Philip Glass is living his best life. Once considered controversial for his avant-garde approach to classical music, Glass is one of the most influential and celebrated composers working today. Honored with a Kennedy Center Lifetime Achievement Award late last year, Glass isn’t slowing down. He scored the new Broadway production of “King Lear” and has a slew of performances, premieres and projects in the offing.

For Glass, each collaboration is built on connections — some old, some new.

“One of the pleasures of living the life of a performer, or the life of an artist, is the richness on the human side of the friendships,” Glass said. “It goes very deep. Because sometimes the feelings that you have no other way of expressing.” 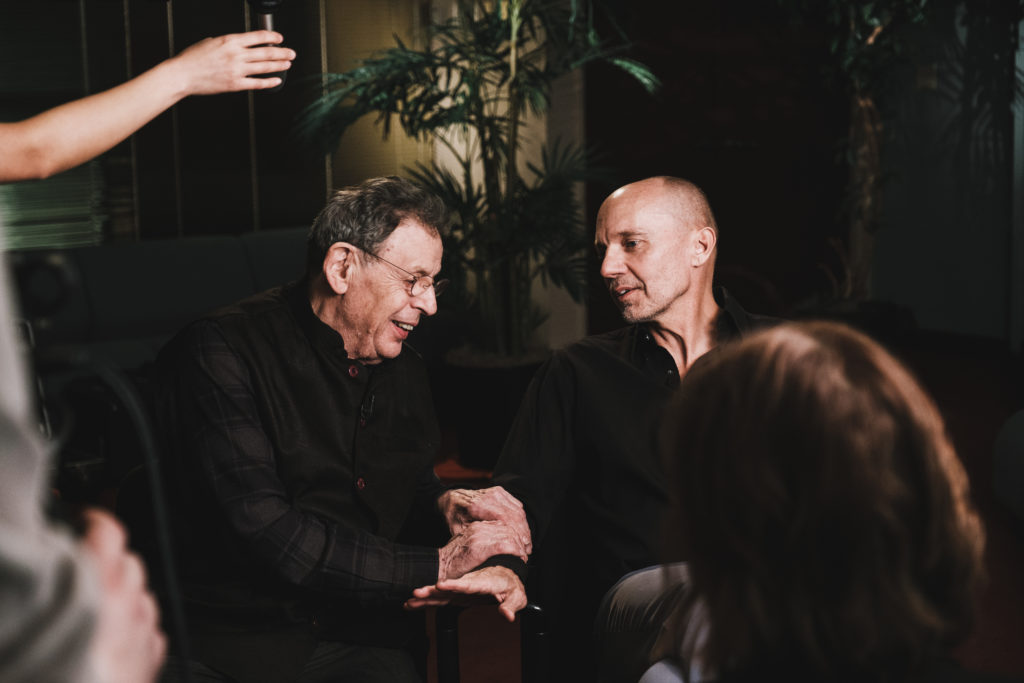 One of Glass’s latest works was born out of a chance encounter more than two decades ago with a young piano virtuoso, Paul Barnes, who spotted Glass as they boarded the same plane. Barnes seized the moment and introduced himself, plopping into a nearby empty seat. The two formed an instant connection, with Glass digging into his briefcase to give the young pianist a copy of his famed opera “Satyagraha” to play at an upcoming performance.

On the surface, Glass and Barnes are a study in contrasts. The influential composer is famous for his minimalist music and often understated personality. Barnes has been described as a “ferociously virtuosic” pianist who is intensely expressive, a veritable firehose of energy. Together, they’ve formed an unlikely friendship and creative collaboration culminating with the world premiere in April of one of Glass’ latest works, titled “Annunciation,” featuring Barnes at the keys and Glass in the audience awaiting what he described as the intangibility of opening night, where music, composer and audience all join together.

“Things happen that you don’t expect,” he said. “The audience is a catalyst. It’s the match that lights the fire.”