The Iraq vet who wrote ‘Cherry’ on speaking truth about war

A former Clevelander’s story of war, drug addiction and crime is hitting the big screen.

Listen to ideastream’s story below.

Joe and Anthony Russo, the brothers behind some of the box office-smashing Marvel films, turned Nico Walker’s 2018 debut novel “Cherry” into a film that’s loosely based on Walker’s experience as an Iraq War veteran. (The film will be available on Apple TV+ on March 12.)

The novel starts with an author’s note:

“This book is a work of fiction. These things didn’t ever happen. These people didn’t ever exist.”

But Walker said that there are some similarities with his own life.

“You’ve got to write about what you know,” he told ideasteam. “So, there’s going to be overlaps probably in my experience and what I’m writing about. But, you know, it’s different from real life.”

When actor Tom Holland walks into an Army recruiting office looking to enlist in the Iraq War effort in the film, the dialogue is different, but the 19-year-old Walker’s motivation to sign up in 2005 was the same. He felt he was living a “frivolous life.”

It’s one of many scenes in the film that parallel Walker’s real life. The film also details the horror Walker witnessed on the battlefield, being diagnosed with post-traumatic stress disorder after returning to Cleveland, and how he developed an addiction to opioids. To pay for the drugs, he engineered a successful string of bank robberies. 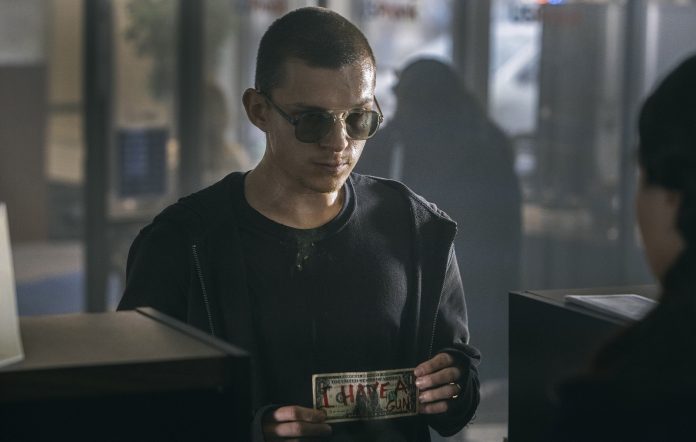 The bank heists landed Walker in federal prison in Kentucky, and he eventually moved to a halfway house in Oxford, Mississippi, where I visited him a little over a year ago to talk about the reality behind his book.

“This was after the whole, late ’90s thing where they were putting out all that ‘Greatest Generation’ material, you know, and films and what not,” he said, “and there was this idea that war did something to young men, changed them. Made them something more than they were before. And if you were to survive in that, you would have this sort of strength that might carry you through the rest of your life.”

But the exciting story of combat told in “Be all that you can be” Army promotions on radio and TV gave no clue about the emotional toll of war. In the film and in Walker’s own personal experience, the jittery nerves and nightmares from PTSD wreaked havoc in his relationships with family and friends. He then moved from tranquilizers to Oxycontin to heroin. 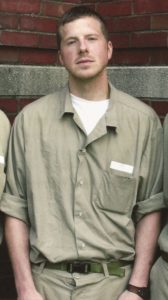 Nico Walker in prison, where he wrote “Cherry.” Photo courtesy of Nico Walker

Walker’s harrowing experiences were described in an extensive 2013 article in Buzzfeed. That piece reported that Walker took part in about 250 combat missions in Iraq and won several medals for his service. The story attracted the attention of Oxford-based book publisher and record label owner Matthew Johnson, who began a correspondence with Walker and encouraged him to write a book. It was a very slow process, because Walker had no access to computers.

Walker said it was important to him to portray the reality of the Iraq conflict as he experienced it. He describes in detail how the lives and limbs and minds of earnest enlistees were sacrificed at the hands of bureaucratic incompetence.

“Nobody wants to be associated with mental illness,” he said. “Nobody really wants to think about what the consequences are of the politics of the country that they live in. The stuff that you really have no choice but to kind of go along with.”