Ocean Vuong, author of the best-selling novel “On Earth We’re Briefly Gorgeous,” is among 26 people — including seven writers — chosen earlier this month as the newest MacArthur fellows. The MacArthur “genius grant,” as it’s sometimes called, honors extraordinary creativity, talent, and potential in a variety of fields and comes with a no-strings-attached award of $625,000 to be distributed over five years.

In a statement announcing the fellows, the John D. and Catherine T. MacArthur Foundation applauded Vuong’s poetry and fiction, both of which “explore the ongoing trauma of war and conditions of exile with tragic eloquence and clarity.”

Vuong, 30, has received more recognition for his work in recent years. His debut novel, “On Earth We’re Briefly Gorgeous,” has also been named to the longlist of nominees for the 2019 National Book Award in Fiction. It’s a novel in the form of a letter from a grown, American-raised son to his Vietnamese mother. The mother, however, is illiterate and will therefore never read it.

Writing the letter therefore seems like “a futile act,” Vuong told Nashville Public Television. “That crisis of communication is actually something we as a country experience, particularly in this modern era.” 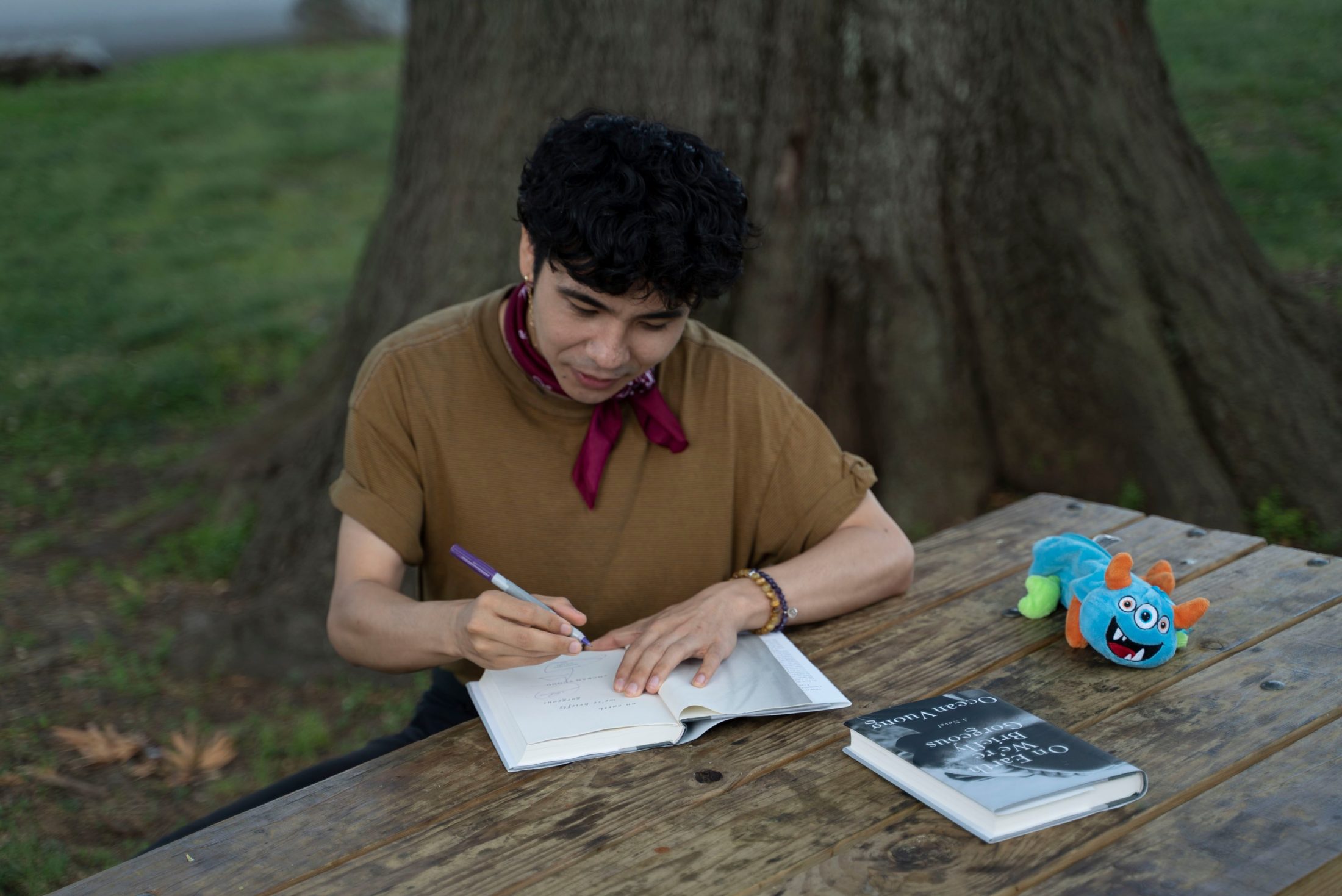 The title of the novel comes from a poem written by Vuong. “I think I wrote the novel because I felt that one genre wasn’t enough to satisfy the questions that I had,” he said — questions such as, “What does it mean to inhabit an American body when we have to reckon with American violence?”

The boy at the center of “On Earth We’re Briefly Gorgeous” learns English and must often act as an interpreter for his mother when they come to America. When asked whether he sees writing as an act of interpretation, Vuong said: “The task of the writer is turn this abstract, weightless medium into something that reckons and looks familiar to real life. As much as we try to do that, I also think there’s some relief to thinking that we can never really achieve it. Language only comes close, and coming close is enough.”

Vuong lives in Northampton, Massachusetts, where he serves as an assistant professor in the MFA for Poets & Writers at UMass-Amherst. For his debut poetry collection, “Night Sky with Exit Wounds,” Vuong received the 2017 T.S. Eliot Prize for Poetry, among other honors.

This report originally appeared on Nashville Public Television’s “A Word on Words.”