Novelist and northeast Ohio native Toni Morrison would have been 89 years old this Tuesday. On her birthday, members of the community will celebrate her impact on their lives. The commemoration centers on a park bench in Oberlin that bears her name.

The bench was dedicated by Morrison herself about 11 years ago, just a few miles down the road from her hometown of Lorain. It was part of a global collection of such benches, meant to be places of reflection on the history of the slave trade. In a 2009 ideatream interview, Morrison spoke fondly of this particular bench. 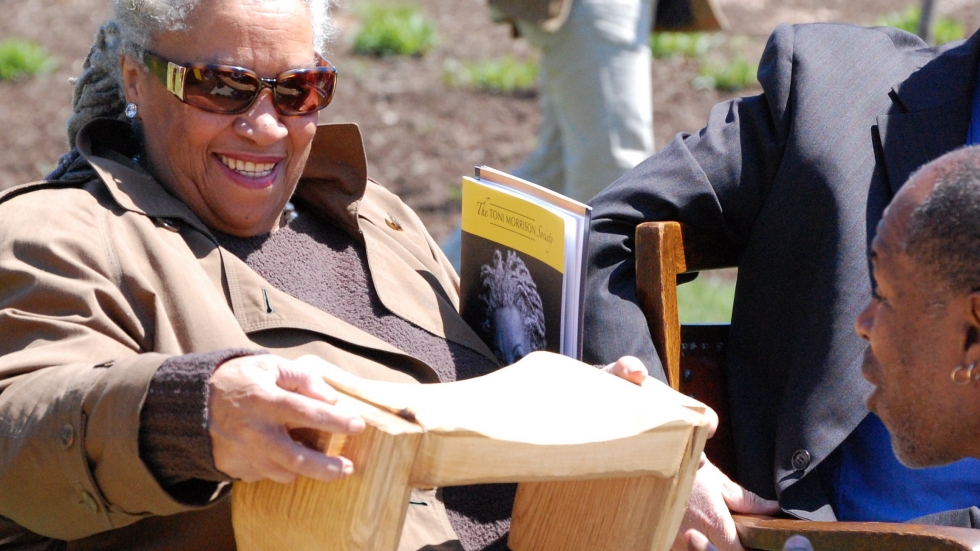 Toni Morrison examines a West African-inspired foot stool given to her by Johnny Coleman, during the 2009 dedication of her commemorative bench. Photo courtesy of Oberlin College

“To have it here is very special,” she said. “Not only is it home for me, but also Oberlin is a special place in that there was a cooperation between the races in getting slaves out of the bondage that they had been forced into.”

Toni Morrison’s death this past August prompted Oberlin artist Johnny Coleman to organize a multimedia event in Wurtzel Theater, just a few hundred feet from the bench, owing to the winter weather. Coleman said participants can read excerpts from Morrison’s work or give testimony to the impact she had on their lives. The celebration takes place from 9:00 a.m. to 6:00 p.m. EST. People can call into the live webcast or pre-record their contributions through a phone app. A variety of recordings have already come in.

“Throughout her work, Toni Morrison explored in critical and mindblowing ways many of the tropes of the American tradition, if you can conceive of something like that. Reading Morrison from Puerto Rico always felt insightful, like a master course in American history and American culture,” said Sergio Gutiérrez Negrón, reflecting on Morrison’s 1977 novel, “Song of Solomon.” 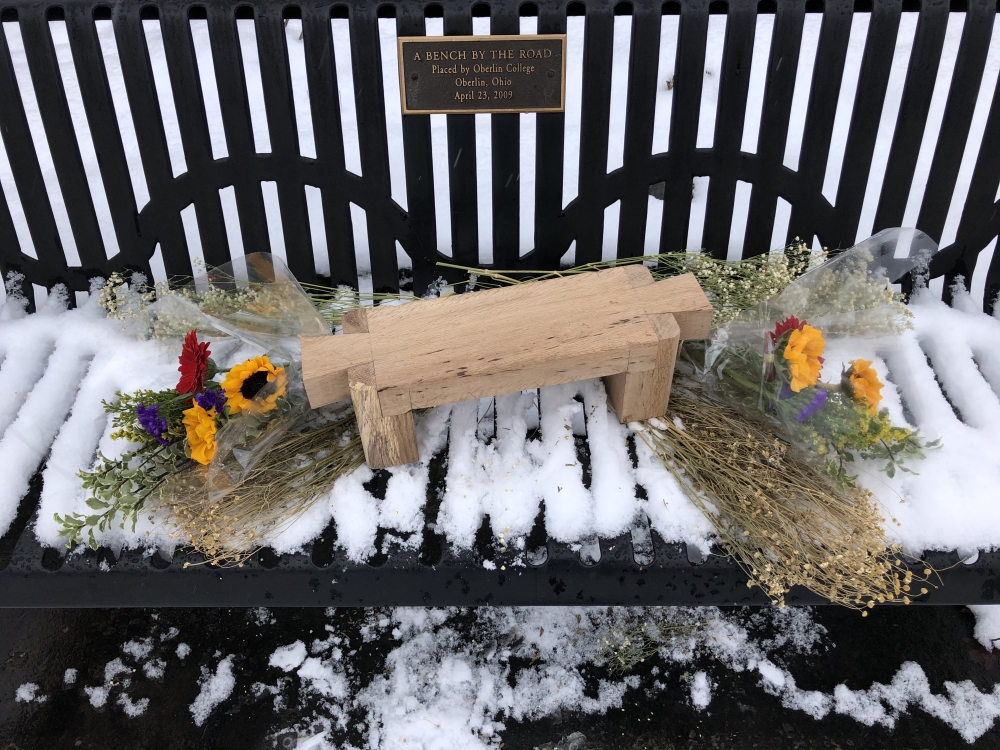 A third way to participate is to attend the event and share reflections in person. During those reflections, a camera will feed a live picture of the snow-dusted Oberlin bench which will gradually accumulate bouquets of flowers as the day progresses.

“It’ll be an international event in that, we, for the last month have been reaching out all over the world,” Coleman said. 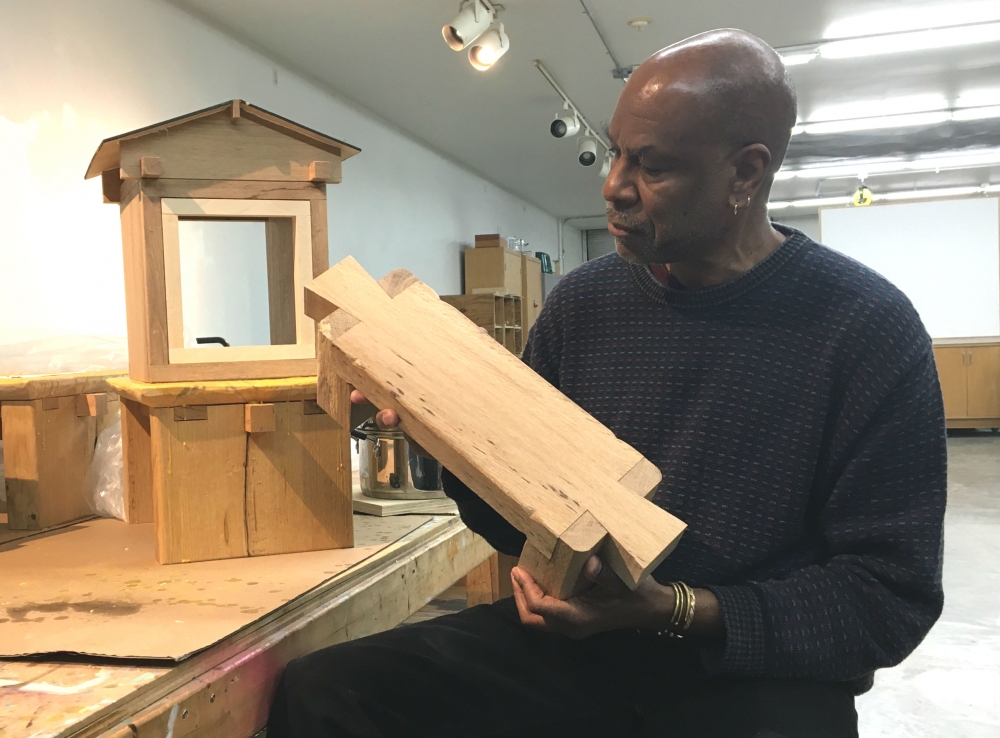 Johnny Coleman created a duplicate foot stool for the Oberlin bench for the Morrison event. He also made housings for audio speakers that emulate so-called “shotgun shacks” of the American South. Photo by David C. Barnett/ideastream

“Everything in the theater on that day will be filmed and live streamed throughout the day for its entirety back out via the Internet,” Coleman said.