‘The Street’ is our May book club pick

In May, the PBS NewsHour and The New York Times are revisiting a classic novel for our joint book club, Now Read This: Ann Petry’s “The Street.” Originally published in 1946, the story follows Lutie Johnson, a newly single mother who navigates economic hardship and discrimination as she pursues the American dream in 1940s Harlem. 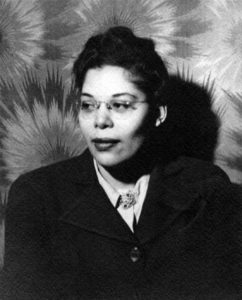 “The Street” was the first novel by an African American woman to sell more than a million copies, and it has been reissued for a new audience this year. The contemporary novelist Tayari Jones, author of “An American Marriage,” wrote an introduction for this new edition of “The Street,” and will engage with readers on the book throughout the month.

In a column for The New York Times, Jones wrote that Petry’s book is her “favorite type of novel, literary with an astonishing plot.” 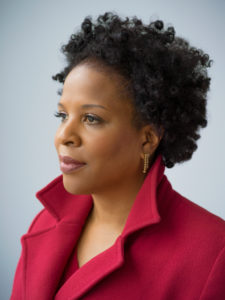 “The Street,” Jones wrote, engages with the perils Petry confronts with each step along the way — and many of these issues ring true with women today: “At every turn, Lutie confronts that many-headed hydra of racism, sexism and classism.”

But while still relevant, the book has largely faded in our cultural memory. Jones noted that the novel was a sensation when it first published, but never became a staple in high school or college English classes. “What can be done to ignite an Ann Petry revival?” wrote Jones. “Sometimes when a writer is regarded as ‘before her time’ we don’t quite understand that the same work is still right on time.”

Jones will help consider Petry’s legacy and enduring impact when she joins Jeffrey Brown for a conversation about the novel at the end of the month. We hope you’ll read along.