Members of the Osage Nation. Photo courtesy of Doubleday.
Books

David Grann’s true crime tale “Killers of the Flower Moon: The Osage Murders and the Birth of the FBI” is our second pick for the PBS NewsHour-New York Times book club, “Now Read This.” Become a member of the book club by joining our Facebook group, or by signing up for our newsletter. For an FAQ on how book club works, see here. Below, Grann recounts the history of the Osage Nation, and why they began to be mysteriously murdered off, in a photo essay.

In the early 20th century, the members of the Osage Nation became the richest people per capita in the world, after oil was discovered under their reservation, in Northeast Oklahoma. Then they began to be mysteriously murdered off. The case became one of the FBI’s first major homicide investigations.

In telling this largely forgotten history in my new book, “Killers of the Flower Moon: The Osage Murders and the Birth of the FBI,” I drew on many archival and contemporary photographs to help document what happened. Here are some of the most powerful images.

In the early 1870s, the Osage had been driven from their lands in Kansas onto a rocky, presumably worthless reservation in northeastern Oklahoma.

An early Osage camp on the reservation: 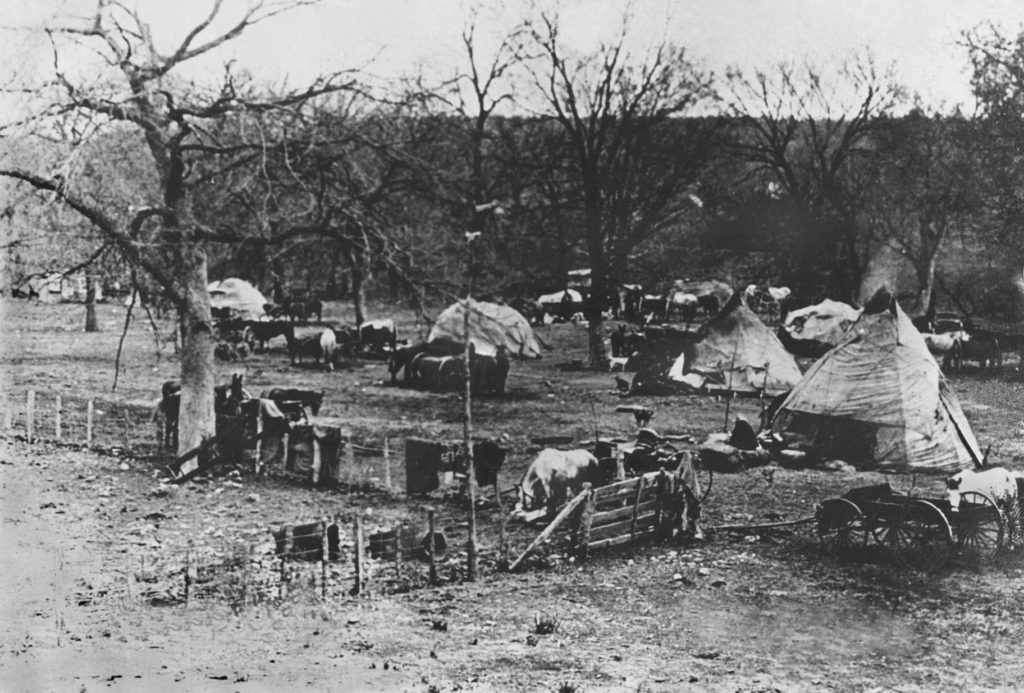 This land, it turned out, was sitting above some of the largest oil deposits then in the United States. To extract that oil, prospectors had to pay the two thousand or so Osage for leases and royalties. In 1923, these Osage received collectively what would be worth today more than $400 million. Many of the Osage lived in mansions and had chauffeured cars. 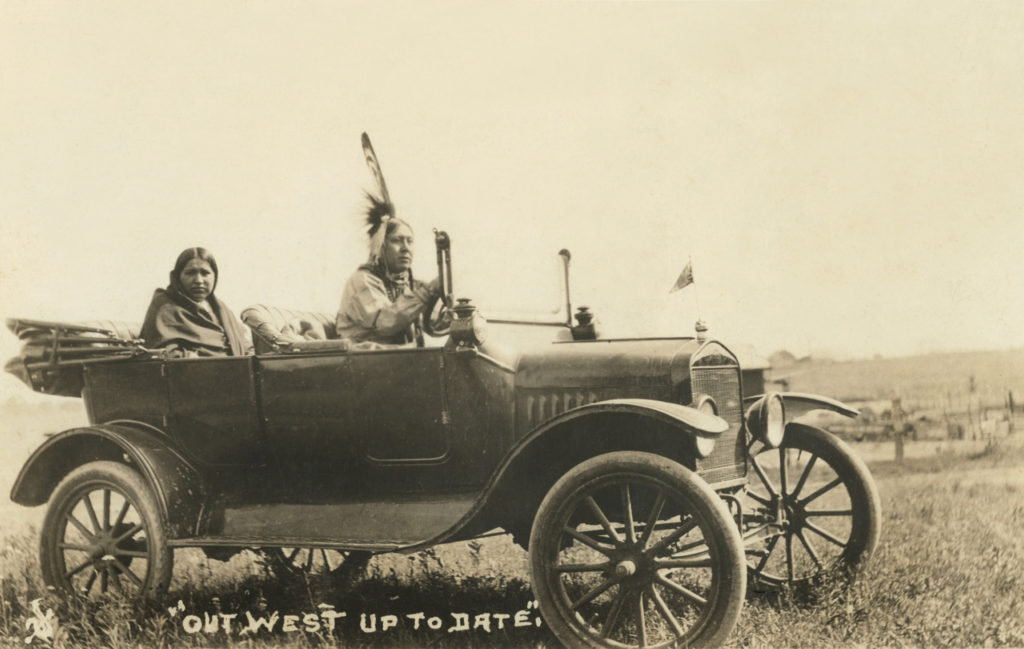 Then the Osage began to die under mysterious circumstances. The family of Mollie Burkhart, an Osage woman, became a prime target. 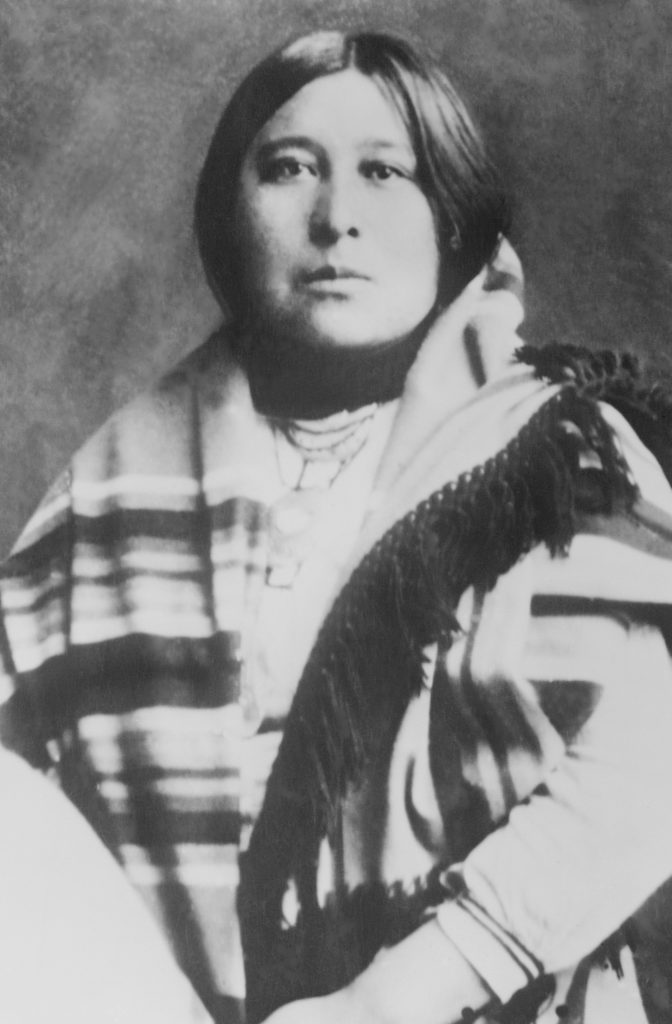 In the spring of 1921, Mollie’s older sister, Anna, disappeared.

A week later, Anna was found in this ravine, shot in the back of the head. 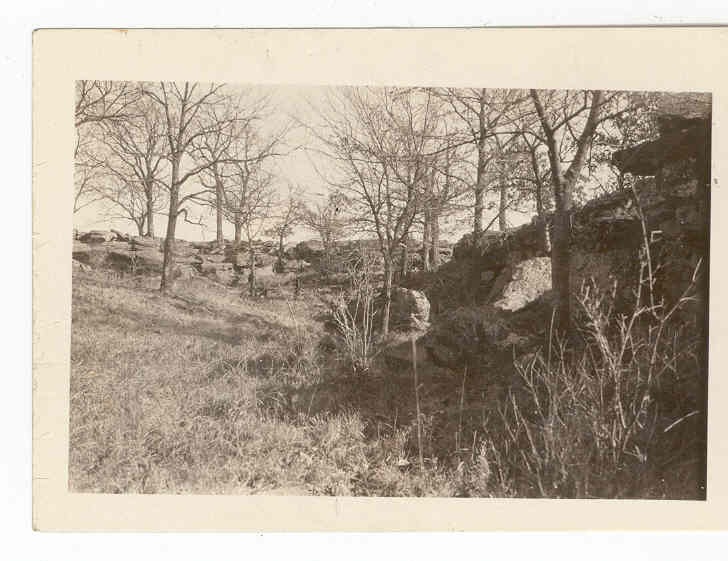 Less than two months after Anna’s murder, Mollie’s mother, Lizzie, died. Evidence would later suggest that she had been poisoned. 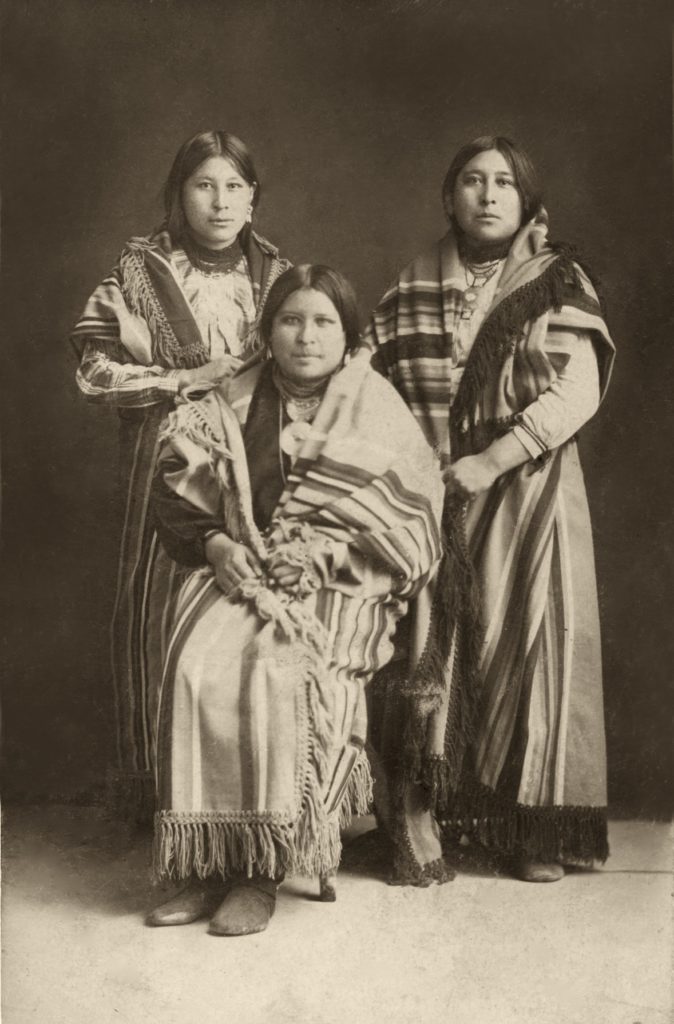 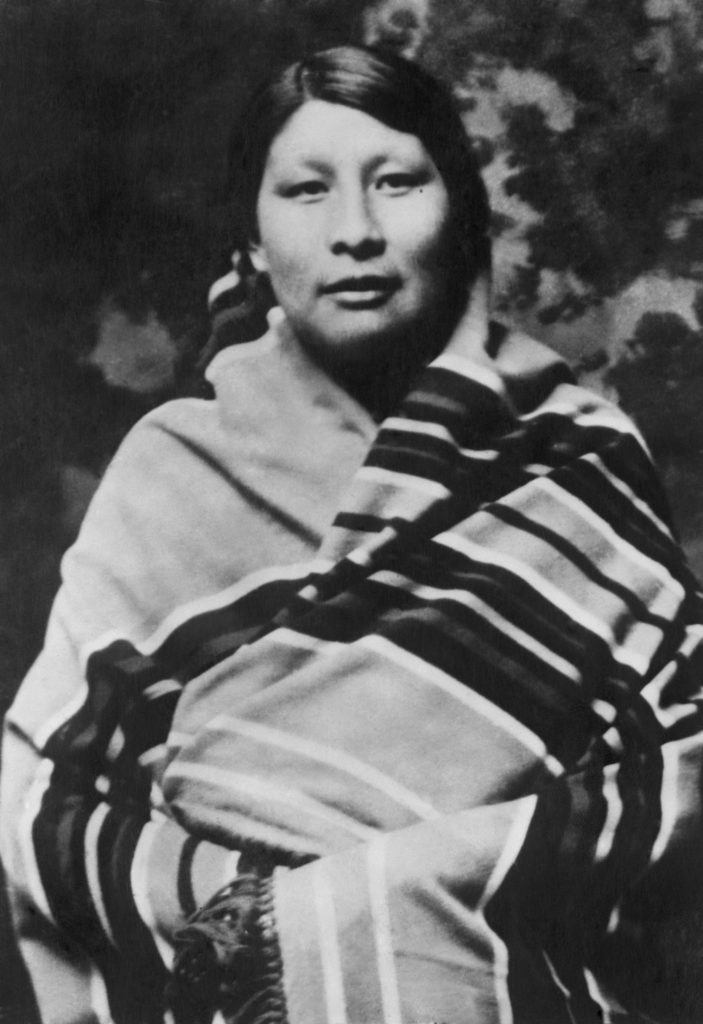 Rita was so frightened by these killings that she moved with her husband closer to town. Their house, where a maid also lived, was not far from Mollie’s. 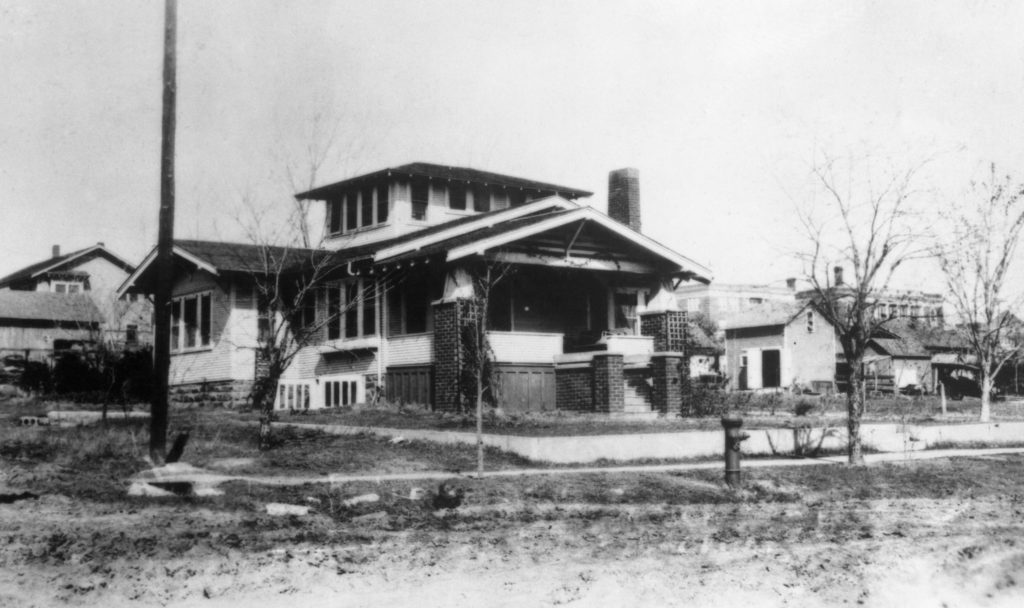 Late one evening in March 1923, Mollie was woken by a loud explosion. She got up and went to her window and looked in the direction of her sister’s house, and all she saw was an orange ball rising into the sky. Somebody had planted a bomb under her sister’s house, killing Rita and her husband as well as the maid. 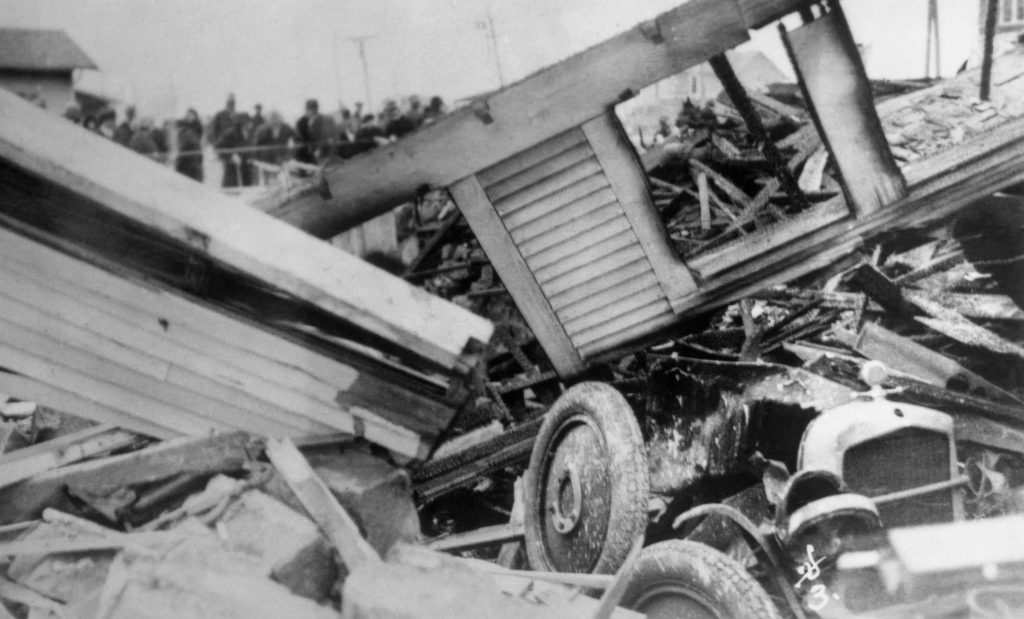 And it wasn’t just Mollie’s family that was being targeted. Other Osage were being systematically murdered, and several of those who tried to catch the killers were also killed. One attorney, W.W. Vaughan, was thrown off a speeding train. 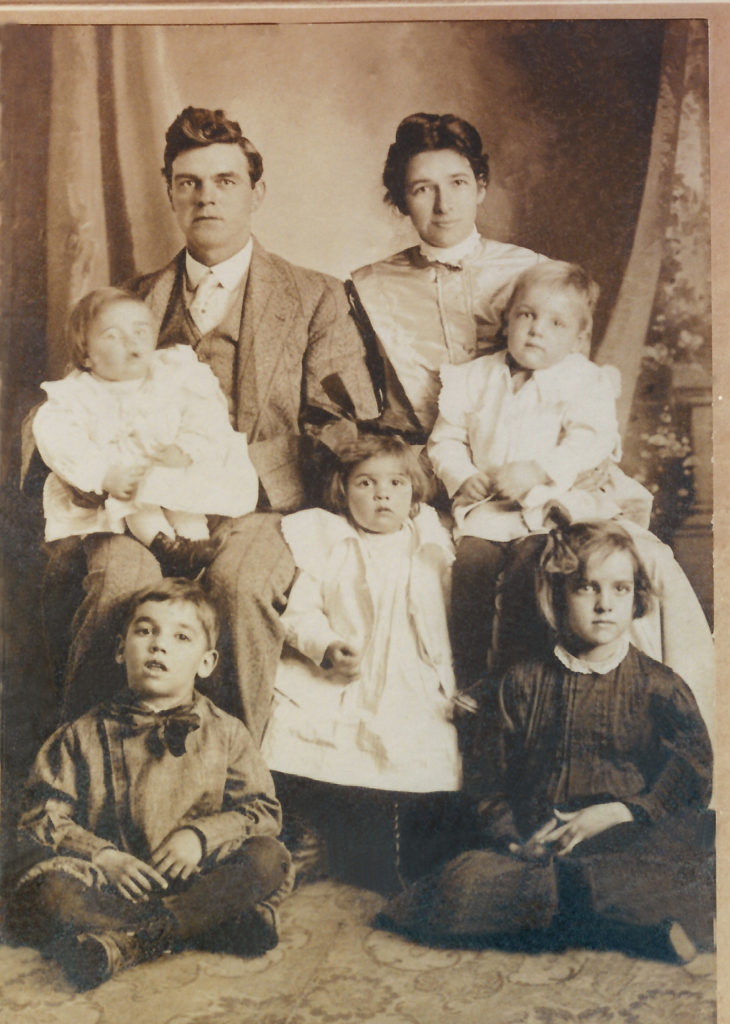 In 1923, after the official death toll had climbed to more than two dozen, the Osage Tribal Council issued a resolution demanding that federal authorities investigate the murders. And the case was eventually taken up by the Bureau of Investigation, then an obscure branch of the Justice Department, which was later renamed the Federal Bureau of Investigation.

The Bureau initially badly bungled the investigation. Agents released Blackie Thompson, a notorious outlaw, from jail, hoping to use him as an informant. Instead, he robbed a bank and killed a police officer. Thompson would later be gunned down himself. 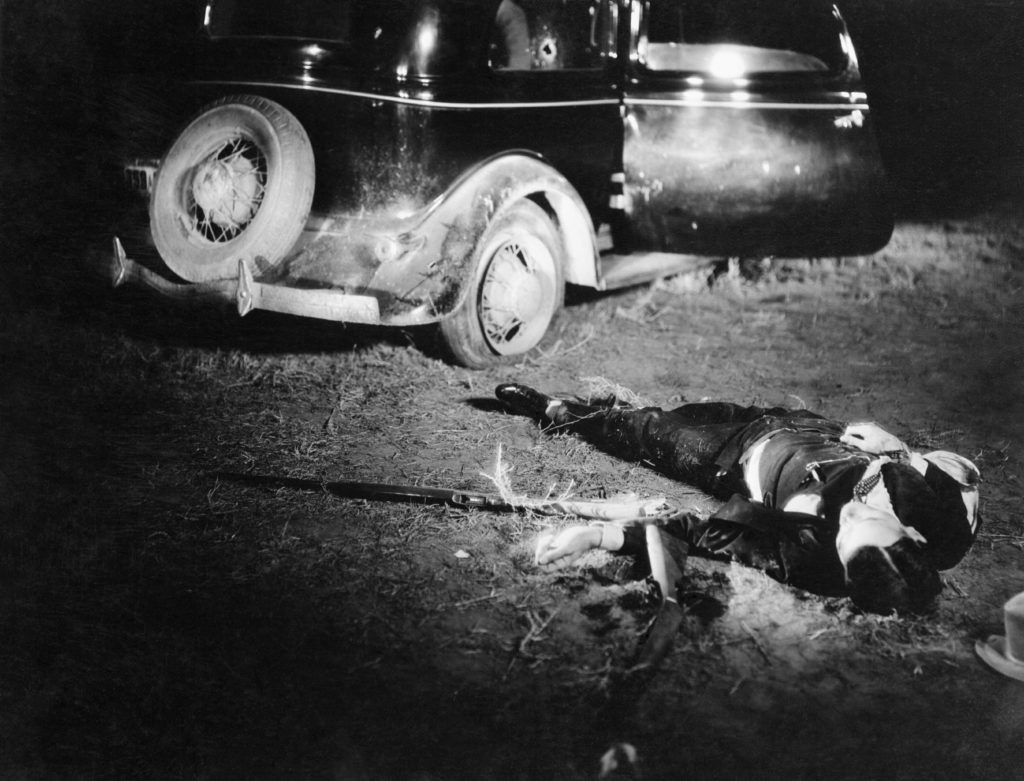 J. Edgar Hoover had been appointed acting director of the Bureau in 1924. He was 29 years old, and he feared the potential scandal from the bureau’s handling of the Osage case could undermine his dreams of building a bureaucratic kingdom. 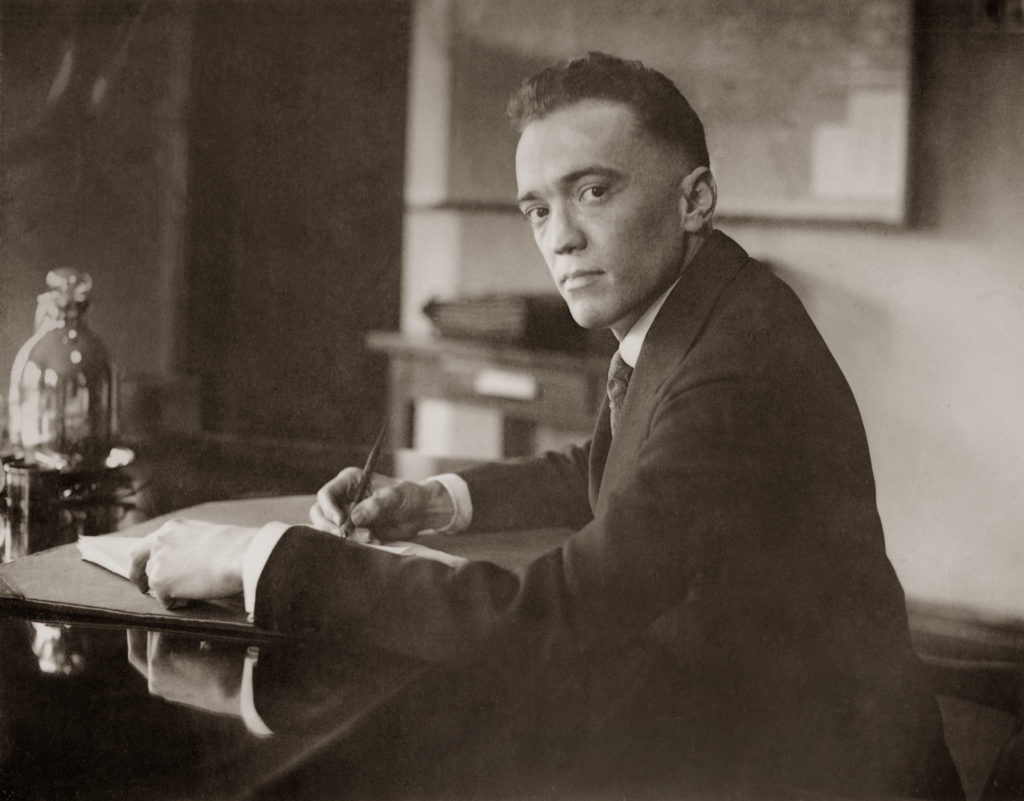 In 1925, in desperation, he brought in a field agent named Tom White to take over the case. 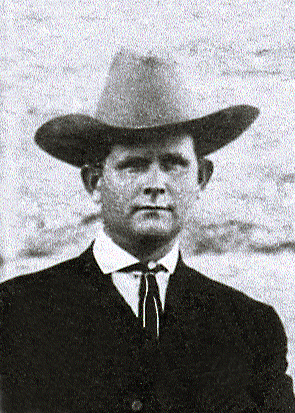 White was a former Texas Ranger and an old frontier lawman, and he put together an undercover team, including an American Indian agent. One of the agents posed as an insurance salesman; others pretended to be cattlemen. 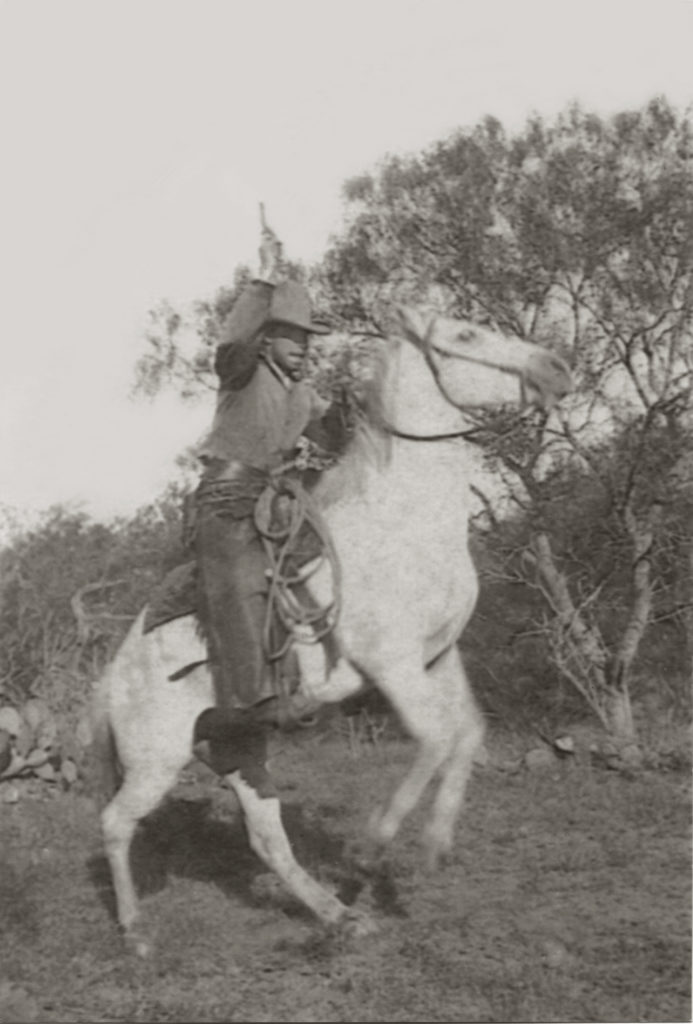 By following the money to see who was profiting from the murders, White and his team were able to capture some of the killers. But one of the things I try to document in the book is that there was a much deeper and darker conspiracy that the bureau never exposed. As Mary Jo Webb, a retired Osage teacher, told me, “This land is saturated with blood.” 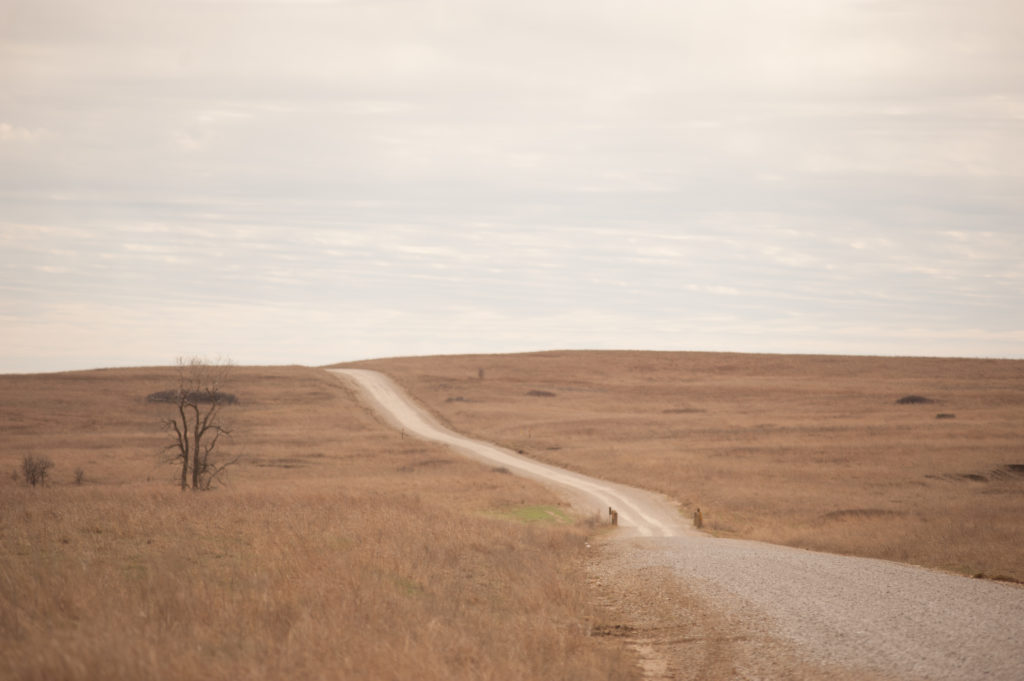 All photos courtesy of Doubleday

‘Jeopardy’ savors a run of super champions after host stumbles

Five years after taking its last bow, Ringling Bros. is back – this time, without animals

‘Faces Of COVID’ memorializes Americans who have died during the pandemic

A Brief But Spectacular take on the power of documentary filmmaking

MerleFest has been a mainstay on the music circuit since 1988. People flock to the foothills of the Blue Ridge…

Barkley L. Hendricks was a contemporary American painter who made pioneering contributions to Black portraiture and conceptualism. Special correspondent Jared…

Arts & Culture
Five years after taking its last bow, Ringling Bros. is back – this time, without animals

In 2021, more than 1,500 children and teenagers in the United States were killed by gunfire. Activists across the country…

Ukrainian President Volodymyr Zelenskyy welcomed the victory, Ukraine's third since its 2003 Eurovision debut, and said "we will do our…

Each day the Twitter thread "Faces Of COVID" posts the names, images and a short remembrance of Americans who have…

The lawyer for WNBA star Brittney Griner says her pre-trial detention in Russia has been extended by one month.

Two years ago, four museums were set to present a retrospective of painter Philip Guston. But then, in one of…

As wildfires continue to rage in the western United States, we look at how these increasingly common events are affecting…

Arts & Culture
Beyond the Canvas: Art is all around us

In the season three premiere of Beyond the Canvas, we feature five creators who prove that art is not just…

Celebrity chef Mario Batali has been cleared of sexual misconduct following a criminal trial in Boston.

The American Library Association, the American Federation of Teachers and more than a dozen other organizations have formed a coalition…

Arts & Culture
Warhol’s portrait of Marilyn Monroe sells for $195 million, most for any U.S. artist

‘Jeopardy’ savors a run of super champions after host stumbles

Five years after taking its last bow, Ringling Bros. is back – this time, without animals

‘Faces Of COVID’ memorializes Americans who have died during the pandemic

A Brief But Spectacular take on the power of documentary filmmaking