Seeing stacks of Harper Lee’s “To Kill a Mockingbird” set aside for easy grabbing at the local bookstore is a sign that school is out for the summer. The 1960 novel is a perennial reading assignment for many students — when it’s not being banned — and has been a fixture in American consciousness for decades, lauded for its examination of racial injustice.

It’s even been called “America’s Favorite Novel,” as in this PBS poll last year.

But such ubiquity and reverence belies an obvious point: It’s not the only great American novel about racial injustice, nor is it the only one being assigned to students.

Lee’s story of the fictional town of Maycomb, Alabama, focuses on the trial of Tom Robinson, a black man who’s been falsely accused of raping a white woman. And in a way that’s meant to shock and horrify, the small town’s inhabitants — those with a gavel or not — continually fail Robinson and are unable to prevent his grisly death at the end.

When the PBS NewsHour asked educators from different parts of the country to share their picks for some alternatives, they offered books that shift the perspective from a white girl’s point of view to people of color. The stories, many of them more contemporary than “Mockingbird,” tackle the multitude of ways racism affects different marginalized groups in the U.S.

“Our most popular books are ‘Dear Martin,’ ‘I Am Not Your Perfect Mexican Daughter,’ ‘The Book of Unknown Americans,’ and ‘The Hate U Give,'” wrote in Cicely Lewis, a library media specialist in Georgia who created a list of books she calls #ReadWoke. “They all have characters who look like my students and face issues plaguing our society. There’s a waiting list for these titles.”

In their own words, educators select 12 books, including a popular nonfiction pick, that are great reads and help continue the discussion around racial injustice in school and in life. 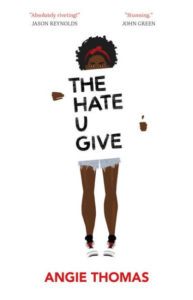 “The Hate U Give” is one of the most important books I’ve ever read. It takes up issues of racial injustice and identity, both of which resonate with many students — and it feels particularly timely in the wake of countless police shootings of unarmed black men and women. One of my students said she thinks this is a book everyone should read, and I agree. It also models for students how they can stand up and speak out against injustice.

I would like to nominate Angie Thomas’ book, “On the Come Up.” The main character Brianna faces an unjust suspension when a rogue white officer body slams her to the floor in retaliation to a search and seizure shake-down upon entering the metal detectors at her school. This mimics incidents that made national news about white officers body-slamming girls in class. It sheds light on the skewed suspension of more students of color. More importantly, it shows the youthful response to the archaic mindset of prejudice that keeps black Americans stuck in a post-slavery, Jim-Crow America. Using social media to spur on the injustice of treatment — the same way television was used during the 1960s civil rights movement when white and black freedom riders were beaten.

While not as closely related to “To Kill a Mockingbird,” Jason Reynolds and Brendan Kiely’s “All American Boys” is a great book that explores racial injustice through the eyes of two boys — one white and one African American — that was extremely popular in our school last year (the authors visited and many of our students read it). Reluctant readers were drawn into it immediately. 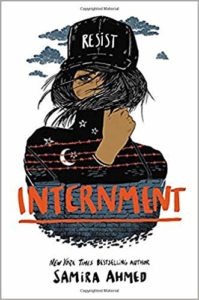 I ask that “Internment” by Samira Ahmed receive its due for understanding the extreme dynamics of race in America from a Muslim perspective. It connects the detainment of immigrants at the borders now, the rise of ICE agents, the former internment of Japanese Americans during WWII, the separation of families, which still doesn’t compare to what occurred during slavery, and the horrific manner in which Muslims are treated worldwide (i.e. the Christchurch mosque shootings in New Zealand months ago).

These selections have particular urgency for me because they’re about Native American characters, who are underrepresented in a lot of high school literature classes, including my own. What I find really important about books on racial injustice is that they are written by people of color who can more accurately depict their own experiences and avoid the “white savior” stereotype. From there I can start discussions with my (mostly white) students about how to be good allies.

“Children of Blood and Bone” by Tomi Adeyemi 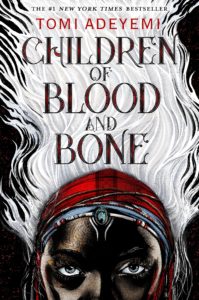 “Children of Blood and Bone” is a beautiful book. It reminds me in some ways of “Harry Potter” because of its magical elements and young characters struggling through a difficult journey that tests their ideas of who they are and who they can trust. The author was inspired to write it after so many unarmed black people have been killed by police, but that is not entirely obvious. I thought more of authoritarian governments, women’s empowerment, and coming-of-age issues, but ideas of equality are central to all of those threads.

Reminiscent of [William] Faulkner in the quality of writing, this National Book Award-winner tells its story using multiple layers of time and viewpoint. Family dynamics, Hurricane Katrina, ghosts, poverty, the road trip, and persistent oppression all feature in the novel. Redolent of the humid air of the deep South, the writer sets the story with such detail that the reader is immersed. 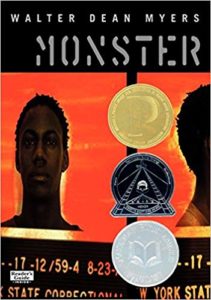 The first thing the reader notices with this modern classic novel is the unusual style, as chapters alternate between what looks like a screenplay and handwritten journal entries from a young man awaiting trial in prison. The gripping story keeps the reader engaged throughout, as there is no indication of the fate of the young man until the very end of the narrative. Written by the former National Ambassador for Young People’s Literature, the late and much beloved Walter Dean Myers, the book focuses on contemporary hot-button issues such as racism, justice, and crime while also highlighting our society’s focus on masculinity and expectations for young people.

The top nonfiction pick: “Just Mercy: A Story of Justice and Redemption” by Bryan Stevenson

By weaving the true story of one African American man’s journey to justice throughout the text, Stevenson effectively uses narrative techniques to tell a heartbreaking tale of a broken system. This text provides opportunities to discuss race, the criminal justice system, reform, and even the American dream. We also can strengthen empathy through our study of this text. In Stevenson, students will find a living hero. For middle schools, the text has been adapted for young adults.

READ MORE: Our changing climate is inspiring a new genre. Start with these 5 novels