PHILADELPHIA — There’s a lot to take in when viewing one of Rina Banerjee’s large-scale installations, made up of materials sourced from around the world.

Upon closer inspection, you start to notice the individual pieces of African tribal jewelry, colorful feathers and light bulbs that can make up one giant sculpture. Curator Jodi Throckmorton likened Banerjee’s artwork to having a “venus flytrap effect” of pulling focus in a room.

One sculpture, referred to in the shortened title “The world as burnt fruit,” is also a mixture of materials, including a dome outfitted with black mosquito netting and lined with cowrie shells. Jutting from the dome is a small globe in the maw of a resin alligator’s skull. 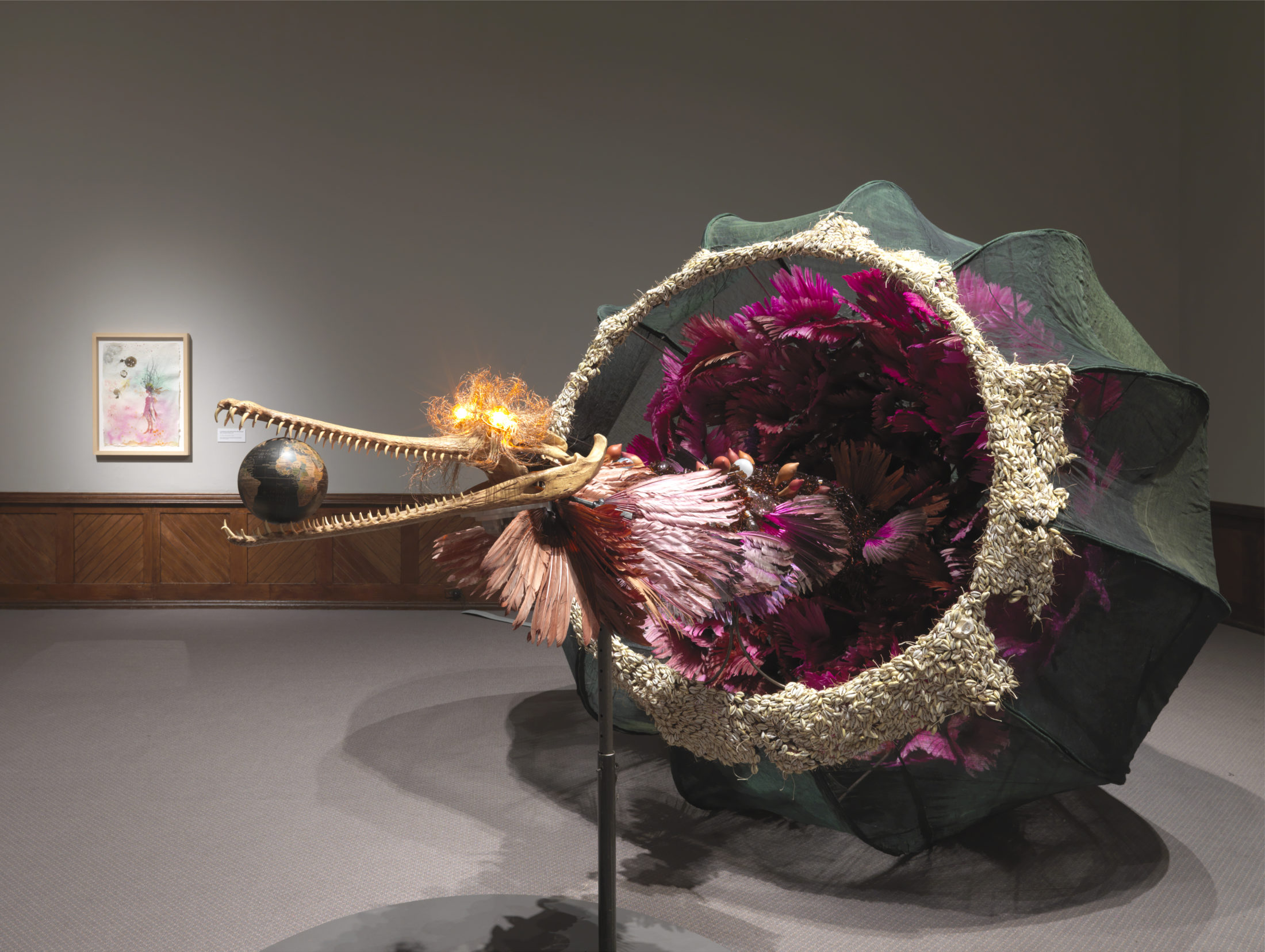 The full title of this Rina Banerjee artwork is “The world as burnt fruit—When empires feuded for populations and plantations, buried in colonial and ancient currency a Gharial appeared from an inky melon—hot with blossom sprang forth to swallow the world not yet whole as burnt fruit,” (2009). Photo courtesy of Pennsylvania Academy of the Fine Arts/Barbara Katus

While Banerjee’s work often addresses themes on a global scale — identity, tradition, and culture, prevalent in diasporic communities — she’s also concerned with intimacy and the individual. The world itself may appear a few times in her work, but Banerjee said it’s also about thinking about yourself.

“I’m hoping that people feel connected to the work, to feel that they’re in the presence of another person who is part of their world,” she told WHYY’s “Movers & Makers,” “that they will have a safe space to think about who they are in this larger and larger world that we’re experiencing every day.” 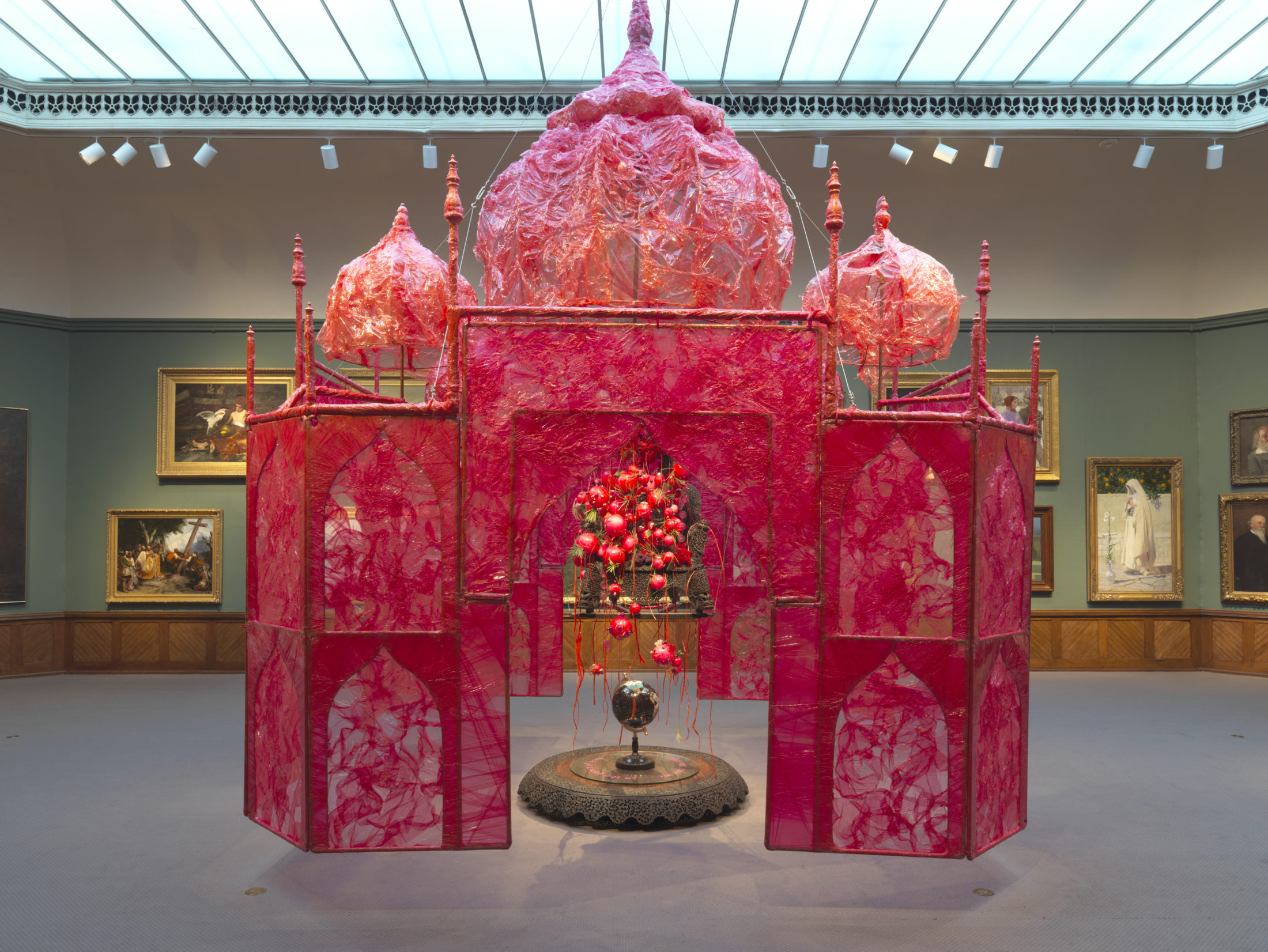 “Take me, take me, take me … to the Palace of love,” (2003) by Rina Banerjee. Photo courtesy: Pennsylvania Academy of the Fine Arts/ Barbara Katus

Born in Kolkata, India, Banerjee was raised in the United Kingdom and the United States, and currently divides her time between New York City and Philadelphia. Her work is widely recognized and has been shown most extensively in Europe and South Asia.

Banerjee’s artwork is featured in her first traveling, mid-career retrospective “Make Me a Summary of the World,” which was co-organized by the Pennsylvania Academy of Fine Arts and the San Jose Museum of Art in California. The exhibit is currently at the Fowler Museum at University of California, Los Angeles, and will travel to Nashville, Tennessee, and Durham, North Carolina, through 2021.

WHYY connects you to the Philadelphia Region and the world by delivering reliable information and worthwhile entertainment.

After President-elect Joe Biden asked Americans to stay home for his inauguration, the "Field of Flags" is meant to represent…