Others chosen to receive the award for lifetime achievement in the arts include singer Linda Ronstadt, conductor Michael Tilson Thomas and the musical group Earth, Wind and Fire.

The recipients announced Thursday will be honored during a gala ceremony in early December. For the third straight year, the attendance of President Donald Trump seems likely to be a subject of speculation in advance of the event. Trump has skipped the past two celebrations. The first time , multiple recipients threatened to boycott the event if he attended.

The Kennedy Center’s president, Deborah Rutter, said it was too early to tell whether Trump or first lady Melania Trump would attend.

“They are always invited,” she said. “He is the president of the United States of America, and it would be good to have these extraordinary individuals acknowledged by the president.” 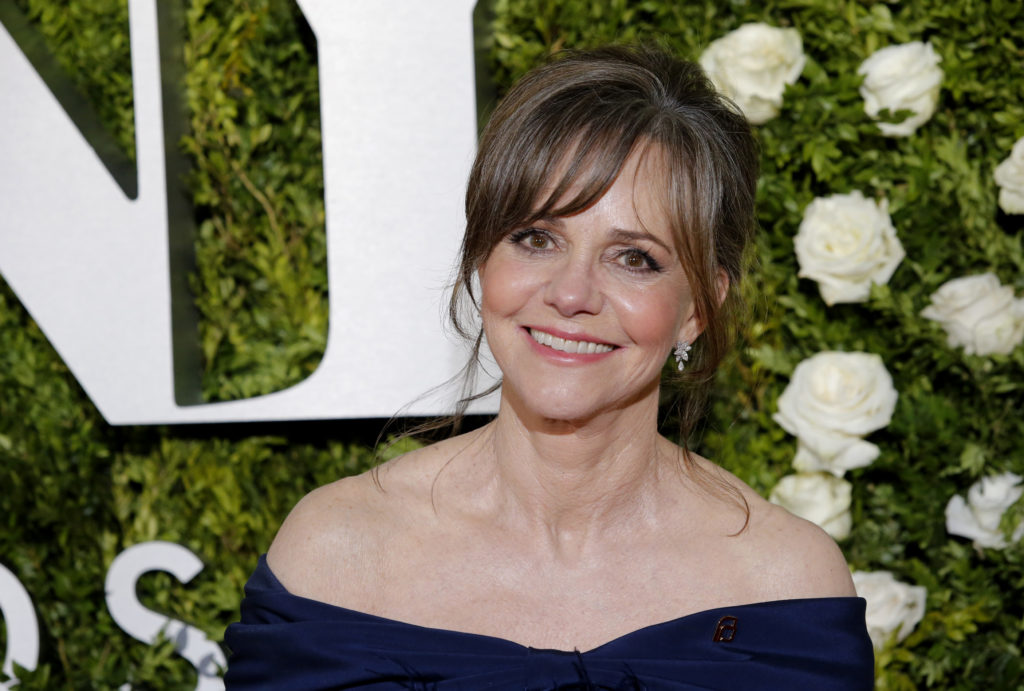 Field was a television star at age 19 and went on to forge a distinguished career that included two Academy Awards and three Emmys. At 72, she remains active and starred last year in a Netflix miniseries called “Maniac.”

“Sesame Street” debuted in 1969 and remains a force in children’s educational television. The show now airs new episodes on HBO, and they are rebroadcast months later on the show’s original home, PBS. In recent years, the creators have worked to embrace more modern issues, introducing a puppet named Julia with autism. The co-founders of “Sesame Street,” Joan Ganz Cooney and Lloyd Morrisett, will accept the award on behalf of the show.

Ronstadt was one of the faces of American music in the 1970s and 80s, landing on the cover of Time magazine in 1977. Her four-decade career moved smoothly between country, pop and rock with occasional deviations into Mexican folk songs. In 2011, she announced her retirement from singing, citing the advancing effects of Parkinson’s disease.

In an interview with The Associated Press, Ronstadt professed to a fairly ambivalent relationship to the mountain of prices, awards and honors she has accrued. “I don’t think a lot about prizes,” she said. “You do the work for the work.”

Tilson Thomas, who has served as music director of the San Francisco Symphony for the past 14 years, has become particularly renowned for his interpretations of the entire works of Gustav Mahler. Asked why he felt he was chosen for the award, Tilson Thomas laughed and said, “I guess I’ve just been around a long time! I started out always being the youngest person on stage, and now I’m the oldest person on stage.”

Earth, Wind and Fire was originally formed in Chicago by lead singer Maurice White. The group drew elements from rhythm and blues, funk, and disco in a flashy crowd-pleasing mix that spawned eight No. 1 hits. Songs such as “September” and “Shining Star” remain in heavy rotation for both radio station programmers and wedding DJs.

Maurice White died in 2016, but his brother Verdine, the group’s longtime bassist, said he was proud of how their songs have become part of the soundtrack of American music.

“We’re part of the culture. We’re part of people’s lives,” he said. “The music makes people happy. When you come to a show you leave happier than when you came.”

The 42nd annual Kennedy Center Honors Gala will be held on Dec. 7. The presenters and performers are usually kept secret from the honorees until the show.

Ronstadt played a role in the tribute to The Eagles, 2016 Kennedy Center Honorees, and she said she enjoys the surprise format of the evening. “I’ll be curious to see who they come up with,” she said.

The event will be broadcast on PBS on Dec. 15.