View of the glass pyramid, which is the entrance of the Louvre Museum in Paris. Photo by Regis Duvignau/Reuters
Arts & Culture

Louvre reopens after one-day closure due to overcrowding

PARIS — The Louvre museum in Paris reopened to the public Wednesday after being shut down for a day when workers complaining about overcrowding walked out.

Union representatives met Wednesday morning with management to discuss how to ease the traffic flow at the world’s most visited museum. They decided to reopen the museum at 11 a.m., some two hours after its regular opening time.

Hundreds of frustrated tourists, who had been waiting several hours in line Wednesday, expressed relief that they would be allowed into one of the world’s most famous museums.

Lauren Berry, a 24-year old tourist from Oxford, Mississippi, said that she and her family had already been turned away from the Louvre on Monday but came back on Wednesday in hopes that it would reopen. The museum is closed on Tuesdays.

“We had planned our entire trip around coming to the Louvre because we are huge art lovers,” Berry said. 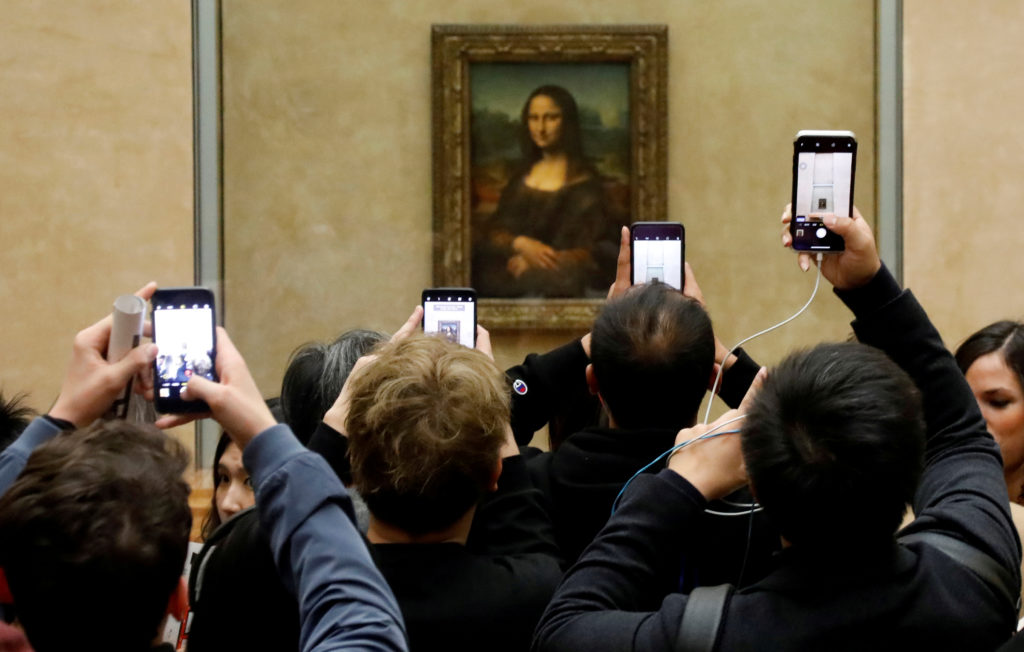 Visitors take pictures of the painting “Mona Lisa” by Leonardo Da Vinci at the Louvre museum in Paris, France, in 2018. Photo by Charles Platiau/Reuters

Union representatives say renovation work around the “Mona Lisa,” the museum’s most famous painting, has led to organizational problems, huge queues and the harassment of staff by frustrated tourists.

“The staff can’t work in these conditions. Tourists are being aggressive to employees near the “Mona Lisa” because they are being squeezed” into a small space, Pierre Zinenberg, a Louvre employee and union representative, told The Associated Press.

Unions note that staff numbers have dropped over the past decade even though the number of visitors to the Louvre has risen 20%.