In this choose-your-own-adventure production, the audience guides the show

LOS ANGELES — With theaters closed during the pandemic, performers are turning to the digital proscenium for creative new ways to connect with audiences.

New York’s Public Theater streamed playwright Richard Nelson’s “What Do We Need to Talk About?” — often considered the first play created for Zoom, a video-conferencing service. In L.A.’s Westwood neighborhood, the Geffen Playhouse has extended illusionist Helder Guimarães’ “The Present,” another hit on Zoom, for the third time, with virtual admission selling out into October. And now comes “Fairyland Foibles,” presented by the Wallis Annenberg Center for the Performing Arts program GRoW @ the Wallis, which allows the audience to play a part in shaping the narrative of each 15- to 20-minute episode. It streams every Saturday through August 15 at 7 p.m. PT on Facebook and Instagram and subsequently on demand.

The production is a satiric play/soap opera take on myth and folklore that draws on multiple cultures to challenge the way traditional fairy tales are often told in the U.S.

“Most of the fairy tales and folk stories that get turned into movies are Eurocentric – Hans Christian Andersen and Brothers Grimm,” “Fairyland Foibles” director Madeleine Dahm told KCET’s “Southland Sessions.” “What about stories that come from other parts of the world, other continents? Why don’t they get as much exposure?” 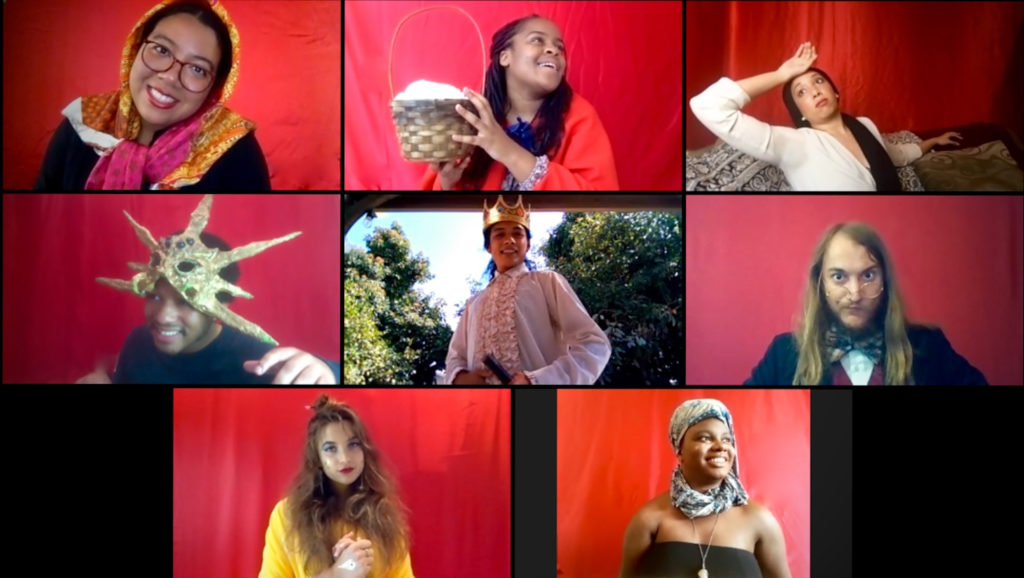 “Fairyland Foibles” presents stories from various cultures, including a West African folktale called “The Tutu Bird,” as well as tales driven by a West African character known as Anansi, a trickster who often takes the shape of a spider. Also included are more familiar characters like Rapunzel and Little Red Riding Hood, but don’t be surprised if their stories don’t play out quite how you remember them.

Audience members are free to vote beforehand on variables like a new character joining the cast, which urban legend they might like to see dramatized, or even what dialog should be incorporated into the next episode. Voting closes Sundays at midnight, and the writing team of Alexander Sheldon and Tiana Randall Quant get started working with audience suggestions the next day. The script is finalized on Tuesday, with a rehearsal on Wednesday and a final shoot posted in time for Saturday’s stream. 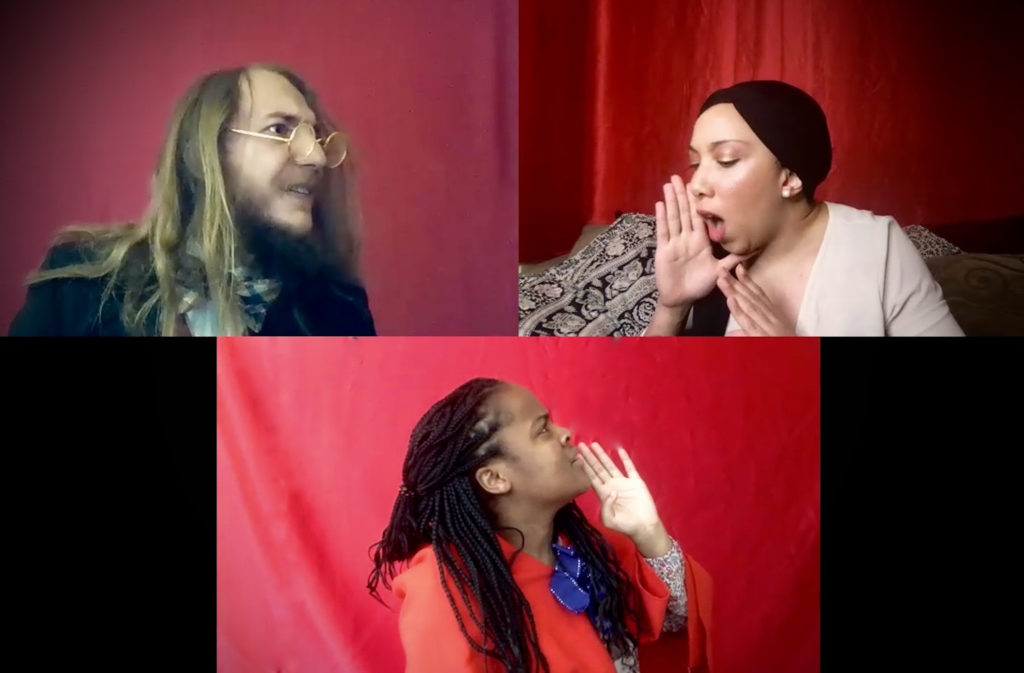 Dahm and The Wallis Studio Ensemble were originally scheduled to put on a show in the Wallis’ 150-seat Lovelace Studio Theater in June, but, like everything else, it was canceled amid the coronavirus pandemic. While in lockdown, the cast began Zooming with each other to keep their spirits up, but they quickly began talking shop, asking themselves, “What would audiences want to see right now?”

“We began to discuss more: What would make us want to go online? Then we had an idea of: How do we include the audience in the process, so they’re not watching passively? So, the idea of an interactive audience element was there before we landed on doing an episodic play,” Dahm said. “How do we engage with our audience and have a relationship with them rather than just put something up?”

Still, Dahm and her ensemble hope they can take the show to a stage someday.

“It’s created and written like a radio play, so it would translate quite well to the stage with a social distancing format,” she said, noting that actors could stand at mikes, away from each other and away from the audience. “Part of being a performer is to have that audience that can connect, hear the audience laugh, see their facial expressions, and feel the audience’s energy. That’s something that actors really miss.”