LINCOLN, Neb. — Larry Bowers’ love for making models goes back to his childhood, and he has more time for building them now that he’s retired. His latest has taken him nearly a year to finish — a fireboat known as “L.A. City No. 2.

The boat that inspired the model was docked decades ago in the San Pedro Harbor near Los Angeles. Larry’s dad, Lynn Bowers, served as a firefighter on the ship.

Bowers said his father joined the fire department in 1941. “Of course, Pearl Harbor was in December ’41, and I think he stayed on the boat until the end of World War II when he was transferred to a traditional fire station in Los Angeles,” he said.

The boat was eventually retired in the early 2000s. Larry wanted to build a model of it for his dad, so he purchased drawings of the boat’s layout from the fire department. 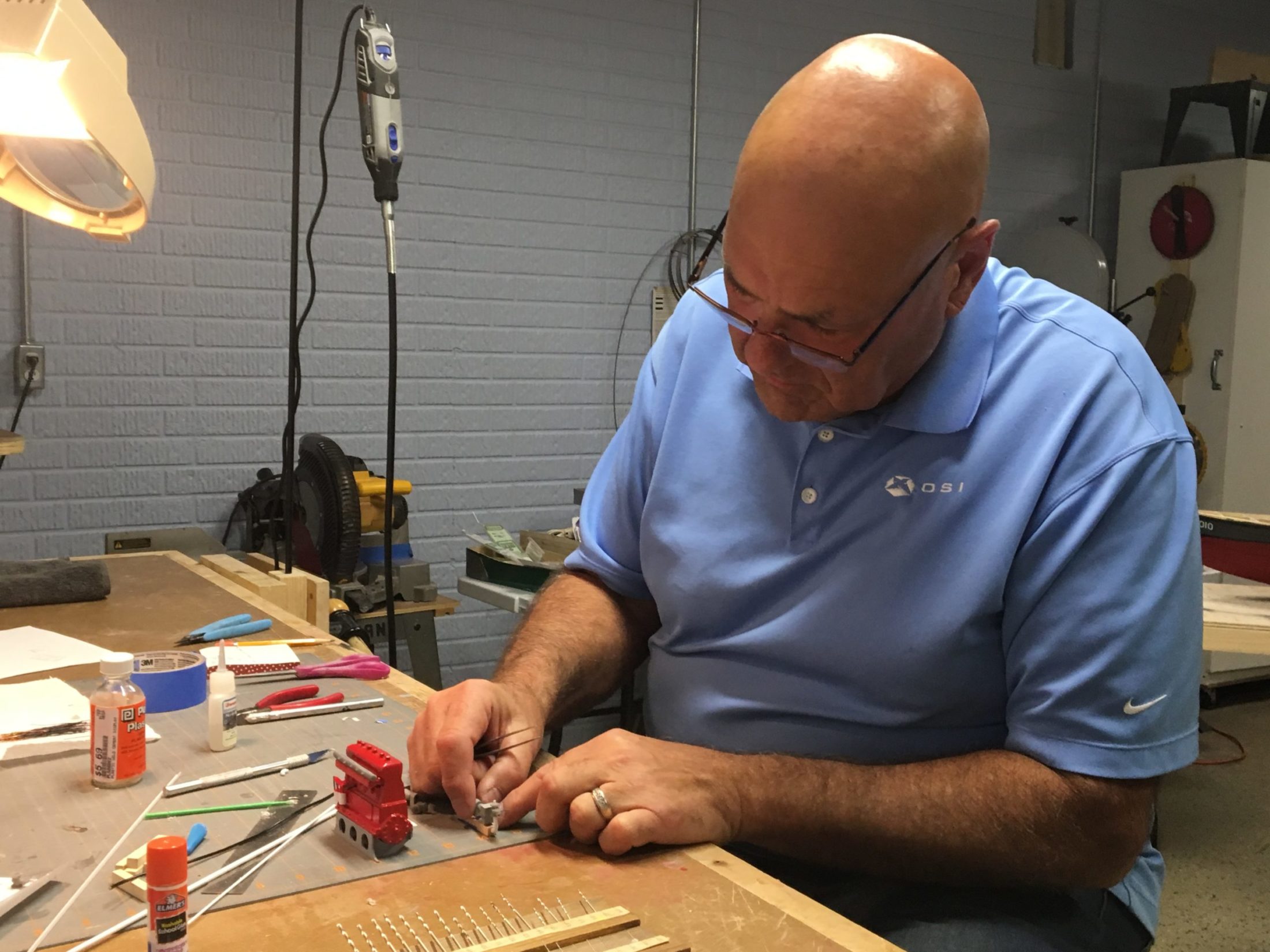 Larry Bowers spent hundreds of hours in his basement workshop building an exact replica of the fireboat. Photo by Dennis Kellogg, NET News

Years later, Bowers made a trip to California with his brother to see the fireboat up close, while it was being restored at the Los Angeles Fire Department Harbor Museum. He learned when the restoration was finished that no one would be allowed below deck, where much of the work took place. Bowers made an offer to the museum.

“I said, I’ll build it and give it to them, but I’ll do a cutaway showing what’s called the engineering spaces below deck, the engines and the pumps and the piping and all that, that really neat stuff. And they said, ‘Sure. Go for it,’” Bowers said. 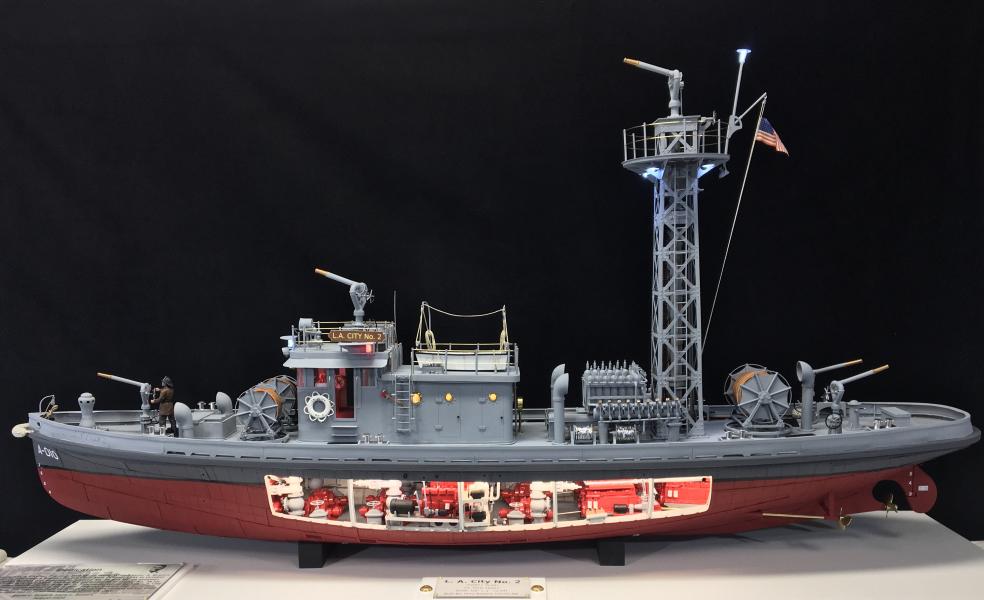 Larry Bowers spent about 10 months building this model of a fireboat his dad once served on. Photo courtesy of Larry Bowers

Bowers went to work, researching every detail for his model. No detail was too small to overlook.

For nearly 10 months, Bowers would work on the model several hours a day. And when the last of the 14,000 rivets on the model boat was in place, his vision stood before him. 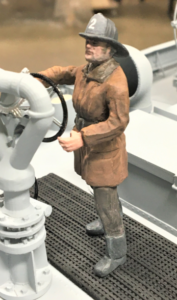 The figure standing on the deck was painted by a local artist. Larry Bowers said he likes to think of it as his dad when he worked on the boat. Photo courtesy of Larry Bowers

The model is about 4 feet long. Above deck, there are water cannons, hoses with nozzles, and a large tower. The cutout of the bottom half of the boat allows you to peer into the crowded engine area below deck, which reveals a spider web of air, hydraulic and electric lines and the water pumps. According to Bowers, no other model he has ever made even comes close.

Later this year, Bowers plans on taking a trip back to California, this time with the model fireboat, to donate it to the museum to go on display next to the real one. Thousands will walk by it in the years to come and marvel at the craftsmanship that went into building this boat. But the one person Bowers wishes could see it most, his dad, won’t be among them.

“I just wish he could see it,” Bowers said.

Bowers, though, will always believe his father was with him during the 900 hours he spent pouring his memories into this masterpiece of a model.

“I think he’s looking over my shoulder. I just miss talking to him,” Bowers said. “He would be real happy.”

NET is a network of state PBS & NPR stations located in Lincoln, Nebraska.

President Biden's inauguration featured unusual imagery in response to some unusual circumstances. The temporary public art is intended to represent…

Actor Christopher Jackson, the original George Washington in Broadway's "Hamilton," performed at a virtual "ball" for the Creative Coalition, and…