Ginsburg died Friday of complications from metastatic pancreatic cancer at age 87. A legal trailblazer and champion of women’s rights, she became the high court’s second female justice in 1993.

Cuomo, a Democrat, said that he’ll appoint a commission to choose an artist and oversee the selection of a location for the statue.

In a statement, Cuomo said the statue will serve as a physical reminder of Ginsburg’s “many contributions to the America we know today and as an inspiration for those who will continue to build on her immense body of work.” 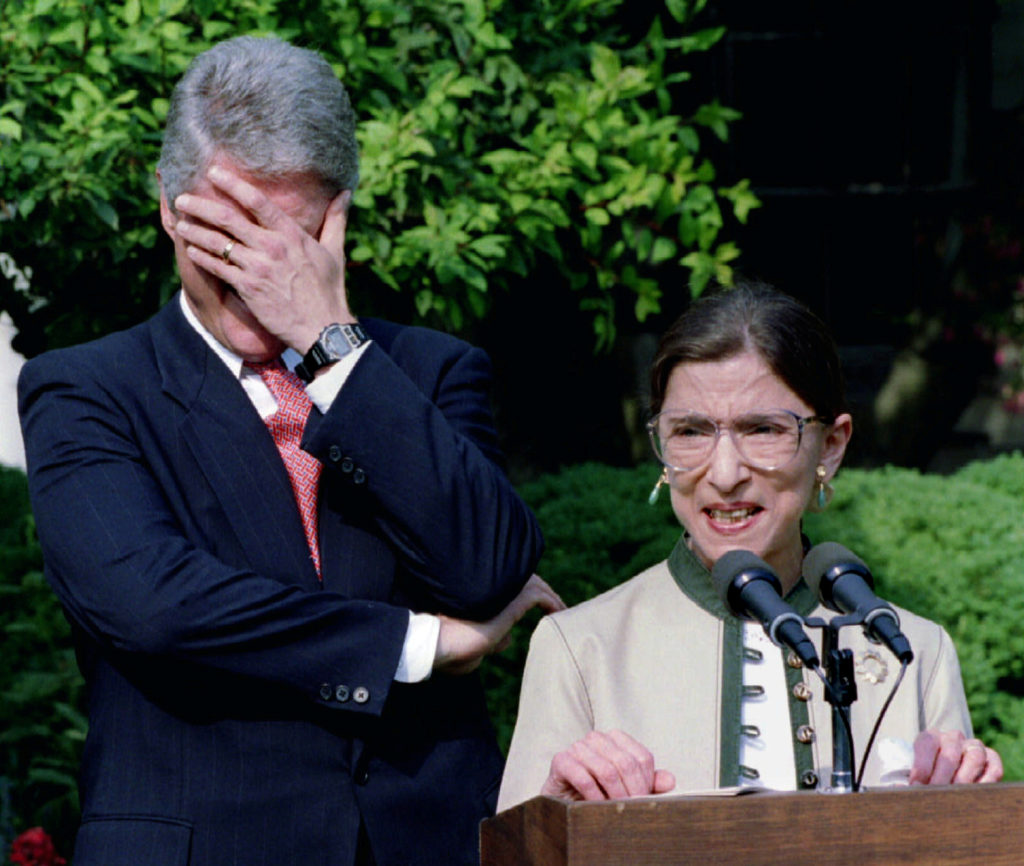 FILE PHOTO: U.S. President Bill Clinton reacts at a remark made by Ruth Bader Ginsburg, who is on her way to the US Supreme Court as its second woman justice, during the news conference following Ginsburg’s Senate confirmation August 3, 1993. Photo by Gary Cameron/Reuters.

Ginsburg was born in Brooklyn in 1933 and grew up in the borough’s Flatbush neighborhood. She first gained fame as a litigator for the Women’s Rights Project of the American Civil Liberties Union.

The governor said that Ginsburg “selflessly pursued truth and justice in a world of division, giving voice to the voiceless and uplifting those who were pushed aside by forces of hate and indifference.”

“Ruth Bader Ginsburg does not need a seat on the Supreme Court to earn her place in the American history books,” then-President Bill Clinton said when he announced her appointment. “She has already done that.”