In a forest about 25 miles south of Louisville, Kentucky, there’s a family of trolls who spend their days leaning against a tree or gazing into a pond.

These three larger-than-life sculptures were made by recycling artist Thomas Dambo who was commissioned to create the wooden giants for the Bernheim Arboretum and Research Forest’s 90th anniversary. 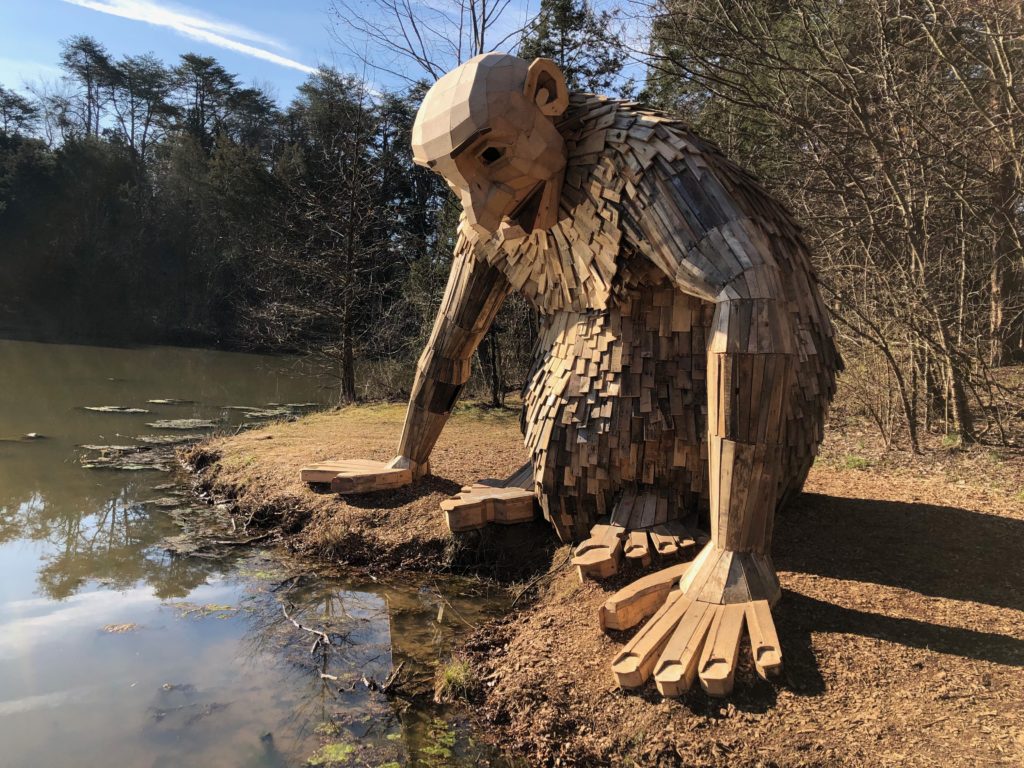 “I try to be a ‘trash superstar’ that will show people that trash can be positive, and trash can be beautiful,” recycling activist Thomas Dambo said of his forest giants. Photo by Jim Voskuhl/KET 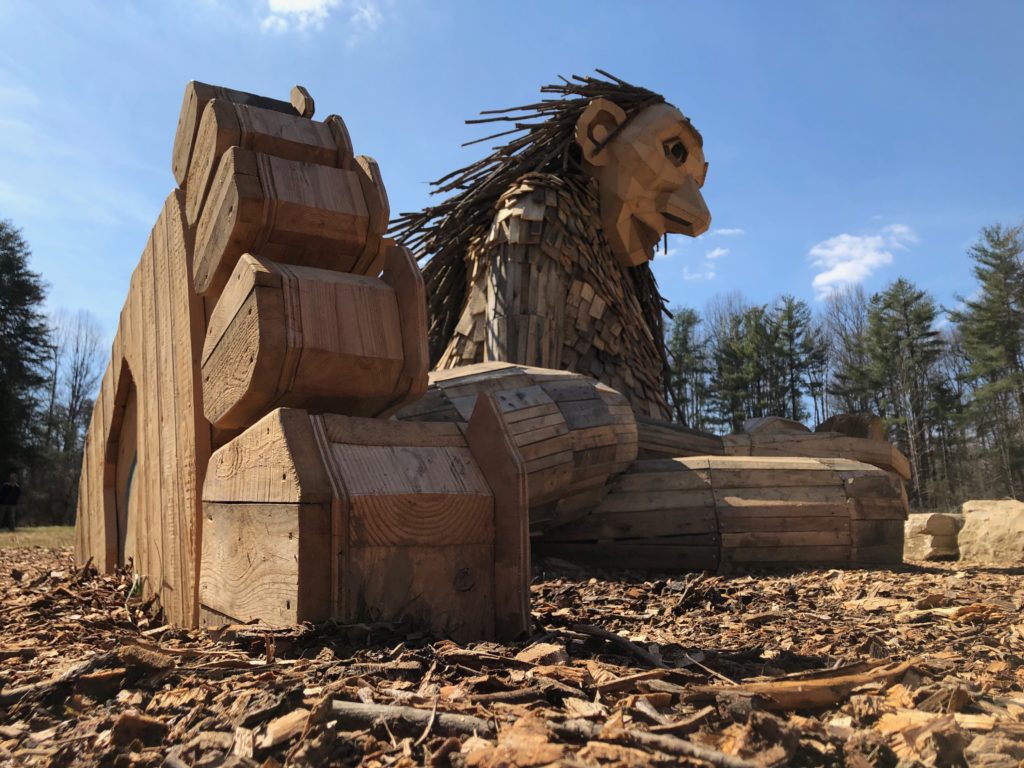 The arboretum was founded by Isaac W. Bernheim, a former bourbon distiller, art patron and philanthropist who dedicated the 16,000-acre tract of woodlands to the people of Kentucky as a gift in 1929. Bernheim believed that, through the lens of art, people can develop deeper connections with nature.

Danish artist Dambo traveled to Clermont, Kentucky, to help install his latest group of trolls made from discarded “trash.” 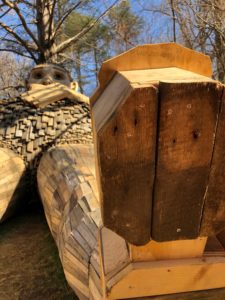 As a recycling activist, Dambo likes to install his large-scale creations in natural settings. For the Bernheim Forest project, he used pallets, construction waste, fallen trees and bourbon barrel staves. Each sculpture embodies sustainability, asking onlookers to think about their own recycling habits and environmental stewardship.

“I try to be a ‘trash superstar’ that will show people that trash can be positive, and trash can be beautiful and sexy and VIP and worth a lot of money,” he told KET’s “Kentucky Life.”

The new residents of Bernheim Forest are part of a larger fairytale that Dambo has been working on for a number of years. His interconnected family of trolls live all over the world: South Korea, Germany, Puerto Rico, and now, Kentucky.

KET is Kentucky’s largest classroom, where learning comes to life for more than one million people each week via television, online and mobile.